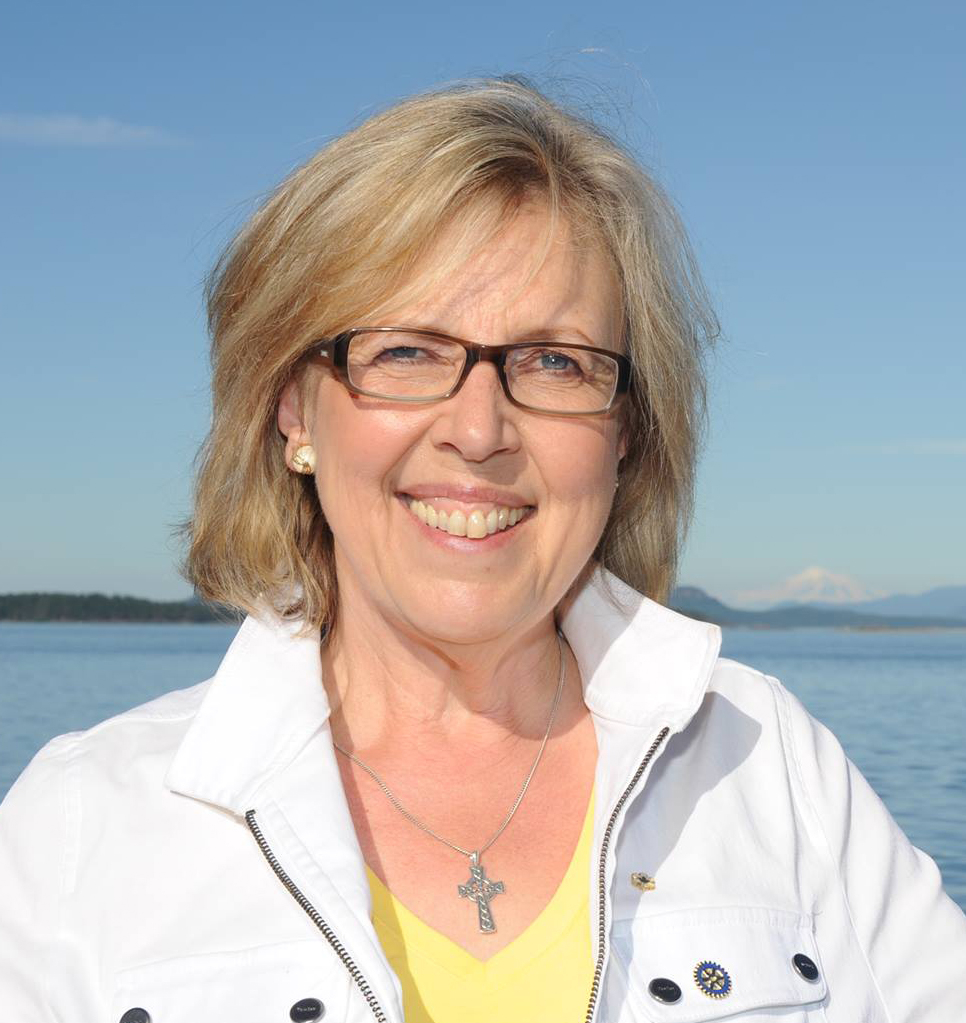 In 1976, I participated in my first environmental assessment. It was a review of a proposed hydroelectric dam carved out of land that had been in Cape Breton Highlands National Park. What I didn’t know when I showed up in the high school gym in Baddeck, Nova Scotia for the hearings was that the Wreck Cove Hydro Project was the subject of the first federal review ever in Canada.

Canada’s Federal Environmental Assessment Review Process (EARP) was not a law. It was a Cabinet order. It set out the basics increasingly used by countries around the world. A project was required to be assessed in Canada if it was on federal land, used federal money or was within federal jurisdiction.

How binding is "binding"?

The large question was, “how binding is the binding Cabinet Order?” That question was answered by the Federal Court in 1989 in a challenge to permits for the dam over which I had resigned my position as senior policy advisor to the federal minister of environment a year earlier. No review was done before granting permits for the Rafferty and Alameda dams in Saskatchewan. The Federal Court quashed the permits. Federal environmental review was binding.

By the time the court made its ruling, the federal government of Brian Mulroney was well into the process of legislating the Canadian Environmental Assessment Act (CEAA).

CEAA provided more clarity to the original guidelines order. It still required environmental reviews of any project on federal land or using federal money, but the question of federal jurisdiction was distilled to a list of specific ministerial decisions to grant permits under various federal laws. This became known as the law list. Fundamental principles of CEAA included that the process be started as early as possible in the planning process and rights to public participation.

Over the years, CEAA had a number of refinements; strengthening in some ways, weakening in others. To handle small projects, a simple paper exercise was required (a screening). Screenings could move to either a comprehensive study (a more elaborate paper exercise) or to a public panel review. Changes to the act had eliminated duplication of different jurisdictions conducting multiple reviews. Federal-provincial panel reviews became more common for large projects. The “triggers” for reviews, permits under the Navigable Waters Protection Act and the Fisheries Act being the most common from the law list, as well as federal money and federal land, had developed a predictable and certain path. As the CEO of the Mining Association of Canada, Pierre Gratton, has frequently told me, CEAA was working well from an industry point of view.

For environmentalists and First Nations, Métis and Inuit, the experience was a bit mixed.

Environmentalists knew that the CEAA process did not stop a bad project. That had happened only two times out of thousands of reviews. But CEAA had become an essential part of the planning process. Where serious environmental damage was found to be inevitable, measures to mitigate that damage would be employed. Project plans were revised. Costly mistakes averted, cleaner technology added – whether in the enhanced air quality controls for an oriented strand board mill or refinery, or for the requirement for enhanced wetlands, restoring other areas to ensure no net loss of habitat.

CEAA was the law of the land from 1993 until 2012, when former prime minister Harper repealed it. He replaced it with the weakest environmental assessment law in the industrialized world.

CEAA 2012 had few triggers to require a review. No law list. In fact, the permit making requirements for the Fisheries Act and Navigable Waters Protection Act were removed and both acts gutted. The main target of these moves was to unravel the EA regime as it had existed in Canada for over 40 years.

CEAA 2012 did not describe an environment to assess. No screenings. No comprehensive review. For energy projects, it invented a whole new scheme in which pipelines were reviewed for environmental impact by the National Energy Board, nuclear facilities by the Canadian Nuclear Safety Commission, and drilling in the off-shore of Atlantic Canada by the two provincial off-shore boards.

Justin Trudeau and the Liberal election platform promised to restore the broken laws, bringing back the lost protections in the Fisheries Act and Navigable Waters Protection Act and ensure Canada had an effective environmental assessment process.

Two years later, it is increasingly clear that only the Fisheries Act will receive substantial repair. The structure of Harper’s anti-environmental law regime appears to be a hair’s breadth from Liberal endorsement. The strong recommendations from expert panels Liberals convened are about to be rejected. No law list. No restoration of the nation-wide coverage of all navigable waters. No requirement to conduct EA when federal money is involved. Against the advice of both expert panels, the NEB, off-shore boards and the Canadian Nuclear Safety Commission will still be engaged in environmental reviews. Yes, we’ll get back public access, but only to the shadow remnants of a handful of projects that will get any review at all.

Environmental laws matter to Canadians because protecting our environment matters. If you care, please let Prime Minister Trudeau know, before it’s too late.

Trudeau government expresses confidence in NEB after its report says opposite

It is a betrayal of the

It is a betrayal of the voters who believed Trudeau's words. Of those who voted for him and his party. We were convinced that Harper's ravaging destructiveness would end. It hasn't. Conscious deception? Irresponsible vote-getting? Or a cynical realization that he isn't the boss, and that behind-the-scenes commitments to the global power elite outweigh loyalty to the people who voted the Liberals into power?

"The structure of Harper’s

"The structure of Harper’s anti-environmental law regime appears to be a hair’s breadth from Liberal endorsement. The strong recommendations from expert panels Liberals convened are about to be rejected." I despair. This is incomprehensible to me. *Balancing* the economy & the environment? There are sooo many conversations we could have about this. But I eon't go there. This government is doing nothing, NOTHING on the environment side. Your actions - not your talk - are condemning us all. “Only when the last tree has died, and the last river has been poisoned, and the last fish has been caught, will we realize that we cannot eat money.” ~ indigenous wisdom

Harper's Bill C-38, the budget omnibus bill, aka The Environmental Destruction bill, hid the gutting of environmental protections. It was dirty, deceptive and self-serving to industry, characteristic of that regime.

" ... a whole new scheme in which pipelines were reviewed for environmental impact by the National Energy Board ...".
The NEB is an undemocratic, inept, flagrantly biased, and mismanaged board, composed primarily of industry charlatans that only have regard for filling government coffers.
Environmental protection cannot be predicated on by weak and non-existent laws and lack of accountability. The Trudeau government has failed to live up to its promise of revamping EA protections.

We all MUST care, and let this government know they have to walk the talk.

This really matters to me

This really matters to me Elizabeth. Not only is Harper an asshole, his illsighted changes to the Navigable Waters Protection Act were simply stupid. Hundreds of years of experience were ignored by Harper. Hundreds of years of years of experience were violated by Harper. All in the name of corporate profits. Harper's changes had nothing to do with environmental protection. We need these rules to prevent corporate excess. They will fuck us until the ground is blue to reap their profits. Our only future as a human species will be to eliminate all forms of corporate existence. They just don't care about nature and humanity. Everything corporations and their shareholders do is a violation of humanity and equality and fairness. I am not socialist or communist. I simply believe in equality.

Nothing wrong with socialism,

Nothing wrong with socialism, Geoff. Matter of fact, it's the only democratic approach to the communitarian model of government that you advocate. If there were only a wealthy citizenry dependent on profits from their investments, the condition could be cured in a bastille moment.

Did you think that either Tweedledee or Tweedledum were political parties independent of Bay Street, did not have to dance to the Market's tune ?

Listen to Bernie Sanders explain how social democrats don't have to do that. Without that understanding we're not about to reach your butt-kicking goal.

This article takes the reader

This article takes the reader through the history of how we got to where we are today with weak environmental protections. This is a big deal. Canadians need to know about this history and we need to tell our politicians that it makes a difference and then we need to vote accordingly. Are you listening, candidates for South Surrey / White Rock?