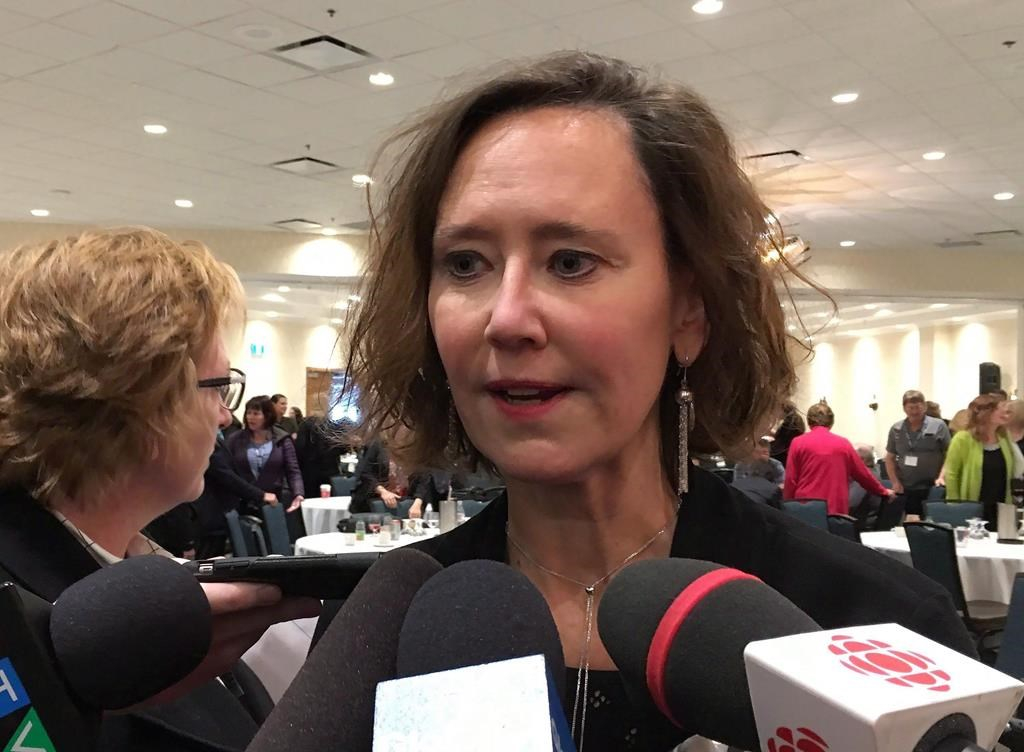 Saskatchewan Premier Brad Wall is standing by his education minister after she questioned how Indigenous treaty education is taught in schools.

Wall said Eyre apologized and clarified her comments and he stressed his government was the first to ensure treaty education was part of school instruction in Saskatchewan.

Eyre said in a speech in the legislature earlier this month that her son, who is in Grade 8, brought home a history assignment that suggested all pioneers to Canada were ill-meaning.

When asked to clarify her remarks, she said it was about a broader discussion of curriculum and suggested there might be too much "infusion" of First Nations history in schools.

Eyre again apologized for causing confusion and says she is committed to treaty education.

"Once again Mr. Speaker I extend my heart-felt apology. It was never my intention to create any confusion or mislead this house in any way," she said Wednesday.

Wall said he was concerned that Eyre's comments may have caused people to doubt the province's commitment to keeping First Nations history in the curriculum.

"We brought in this curriculum on treaty education way back when we first started. We are completely committed to its continuation and its strengthening and that will be true regardless of who the education minister is."

Beck said it's nice that Eyre has apologized, but it's not enough.

"We've heard from thousands of people from around the province who believe that the minister's comments call into question her commitment, her sincerity."

Saskatoon mother and writer Liz James has started a petition calling for Eyre to resign or be removed. As of Wednesday, it had more than 2,800 signatures.

James said Eyre misrepresented the content of her son's homework assignment and of treaty education.

"Taken together, these actions represent incompetence in her role, as well as an attempted erasure of our history of colonialism in Canada. This history has had detrimental impacts on Indigenous peoples, and understanding this (and working to address it) is a basic requirement to be considered qualified for the position of Minister of Education," James says in her petition.