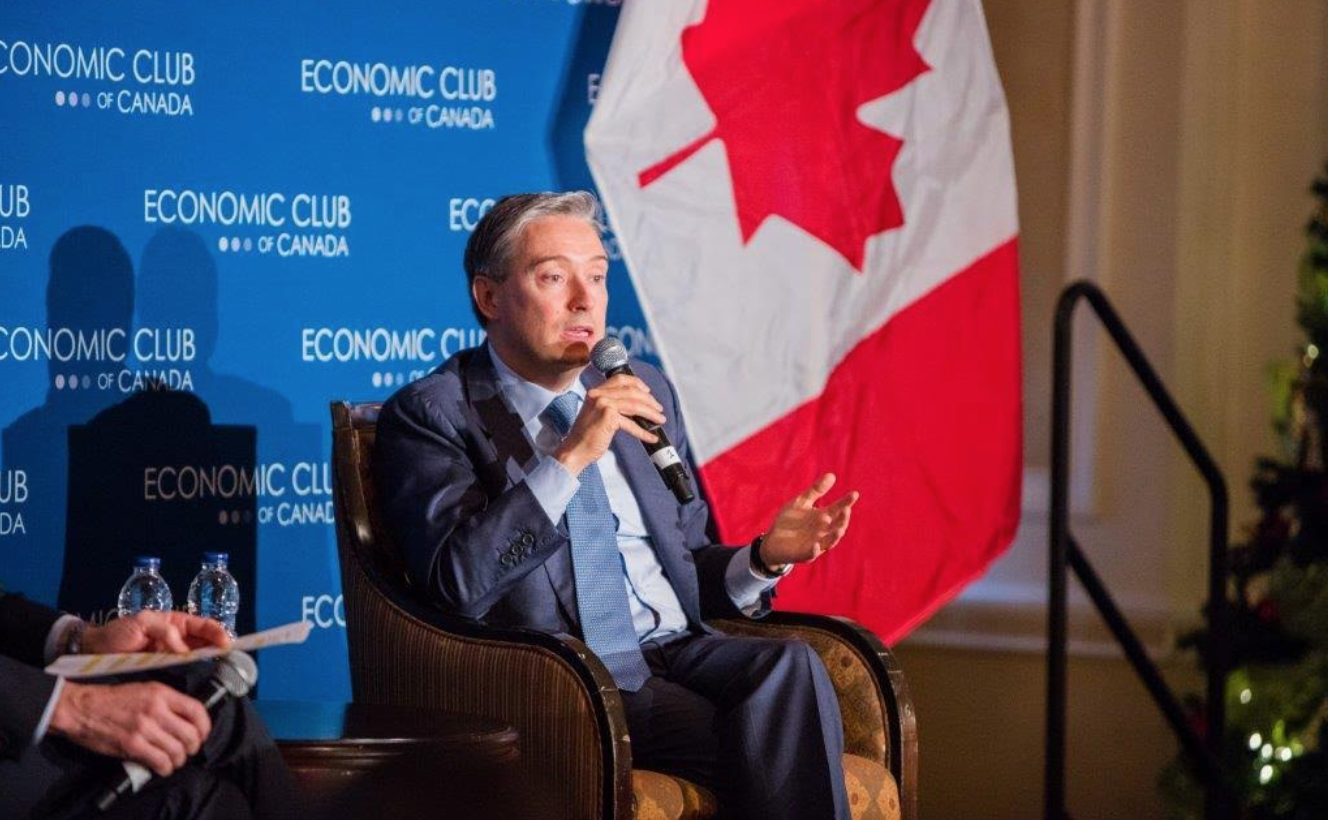 Canada's trade minister is urging the nation's clean tech firms to be "un-Canadian" and start bragging.

With more than 800 clean tech companies across the country, experts say Canada has a smorgasbord of green solutions to offer, but struggles to make its products known amidst the din of market heavyweights like the United States, India and China.

In short, to compete in today's $1-trillion global clean tech market, Canadians are going to have to brag, International Trade Minister François-Philippe Champagne said on Monday.

"One of our biggest challenges I think is about scale," Champagne told clean tech stakeholders at an early morning event in Ottawa. "Many of these companies are too small, they’re not known... Seize the moment, I say to our small companies.

"Be a bit un-Canadian. Bragging about Canada is a good thing."

Champagne spoke at the launch of Cleantech Export Week in Ottawa, an event created by the country's federal credit agency, Export Development Canada (EDC). The discussion took place on the heels of his trade mission in India and news that Prime Minister Justin Trudeau will travel to China next week to promote Canada's trade, tourism and human rights agenda.

Breaking into these markets is essential, panelists agreed, but remains a challenge for emerging Canadian companies whose portfolios are still developing. It's especially difficult for entrepreneurs who feel "overshadowed by our noisier friends" to the south, said Daryl Wilson, president and CEO of Hydrogenics. Tesla CEO Elon Musk talks a big game, he said with a smile, but that shouldn't discourage Canadian companies from telling their stories with confidence.

“Our challenge is not our size, our challenge is around our native attributes of being a little too shy and a little too humble," Wilson explained. "We have every reason to be proud of the technology that we have, and in the long run, I think we will show the strength we bring to the market with very innovative solutions that save public money, decarbonize our energy systems and deliver solutions that actually work in the long term.”

It's something his own company needs to work on, he admitted. Based in Mississauga, Ont., Hydrogenics creates and installs zero-emissions hydrogen fuel cells that power electric vehicles without the recharging restraints of a typical battery. They also allow public transit buses to operate free from costly and unsightly overhead cables connecting them to an electric grid.

Despite these advantages, Wilson said battery technology claims much of the fame when it comes to electric vehicles: "Battery technology is very easy to implement so there has been a kind of jump start... But what we’re missing is that the sustainability of the hydrogen solution is not well understood, and we need to do a better job of explaining that," Wilson told National Observer.

Panelists Ailish Campbell, Canada's chief trade commissioner, Denis Leclerc, president and CEO of Écotech Québec, and Kurt Sorschak of Xebec Adsorption Inc., joined Wilson in emphasizing the need for Canadian clean tech success stories that will entice international buyers to contract Canada's small and medium enterprises (SMEs). At home, that means Canadian banks and governments must have the courage to invest in local companies, said Sorschak, even if it means assuming a little more financial risk.

"The commercial banks are not really there in this transition where you develop your product," Sorschak explained. "You can’t get (financing) because banks have different risk assessments. They say come back when you have six quarters, eight quarters of profitability — so EDC plays an important role in bridging this."

Export Development Canada is a Crown corporation charged helping Canadian companies extend their international reach by providing insurance, financing and guarantees to banks. Last year, it provided more than $1 billion in financing for Canadian companies in the clean tech sector, and expects this volume to exceed $7 billion between now and 2020.

According to EDC president and CEO Benoit Daignault, the agency made an executive decision in 2012 to assume more financial risk in the clean tech sector on behalf of Canada's SMEs. It has helped more than 170 Canadian clean tech companies export to 114 countries since then by providing bonds and other guarantees to companies whose products have not yet been brought into larger markets, or wouldn't otherwise meet the contractual requirements of their clients.

In the past, EDC has been criticized for lending tens of billions of dollars to emissions-heavy oil, gas and mining companies. The agency will continue to support these companies during the clean energy transition, added Daigneault. But it must "move at the same time as the Canadian economy itself," he explained, and would be in violation of its mandate if it excluded eligible extractive companies from support its portfolio while they are still in need of financial aid.

EDC could improve however, in helping Canadian green businesses team up to have a "more integrated offering" for international buyers, said Daignault. A collaborative effort from clean tech SMEs may help cut through brand recognition problems abroad, he explained, "but I look at EDC and I don’t think we’re good at it yet, so these are the kinds of things we need to look at."

According to Campbell, Canada's trade commissioner, promoting clean tech is likely playing a good ol' game of hockey: "We need to beat these other countries. Trade is a team sport."

The federal government is currently hiring 15 new trade commissioners that will be dedicated to clean tech full-time she added. Meantime, she'd said she'd like to see Canadian banks "stepping up more" to fund business in between production, commercialization and scaling abroad.

Canada's competitors, she explained — South Korea, Japan, Germany, China, the U.S. (especially California) — are "incredibly aggressive" in the clean tech sector and "throwing every single tool in their tool kit" at the market. Canada must do the same, she said.