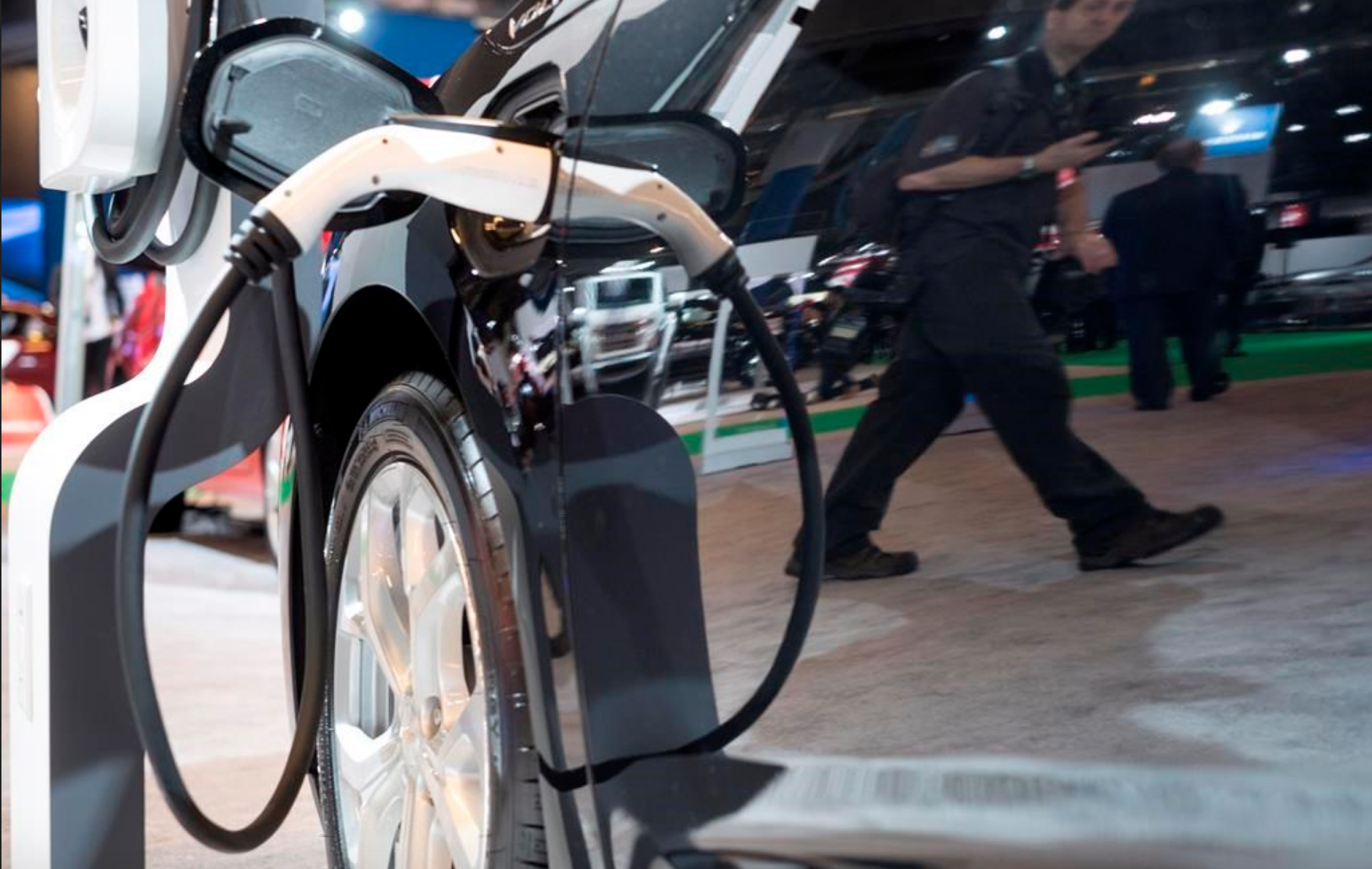 Lithium batteries are used to power electric vehicles, like the one shown here. File photo by The Canadian Press
Previous story
Next story

In their efforts to discredit renewable energy and support continued fossil fuel burning, many anti-environmentalists have circulated a dual image purporting to compare a lithium mine with an oilsands operation.

It illustrates the level of dishonesty to which some will stoop to keep us on our current polluting, climate-disrupting path (although in some cases it could be ignorance).

The image is a poor attempt to prove that lithium batteries and renewable energy are worse for the environment than energy from oilsands bitumen. The first problem is that the “lithium mine” is actually BHP Billiton’s Escondida copper mine in Chile (the world’s largest). The bottom image is of an Alberta oilsands operation, but it’s an in situ underground facility and doesn’t represent the enormous open-pit mining operations used to extract most bitumen.

Lithium is used in batteries for electric cars, cellphones, computers and other electric devices, as well as power-grid storage systems, because it’s light and highly conductive. Most lithium isn’t mined. More than 95 per cent comes from pumping underground brine into pans, allowing the liquid to evaporate and separating out the lithium using electrolysis.

Any real comparison between oilsands and lithium batteries shows that oilsands products, from extracting and processing to transporting and burning, are by far the most destructive. Extraction and production destroy habitat, pollute air, land and water and produce greenhouse gas emissions. Burning the fuels causes toxic pollution and wreaks havoc with Earth’s climate.

Does that mean batteries are environmentally benign? No. All energy sources and technologies have some environmental impact — one reason energy conservation is crucial. A 2010 study comparing the environmental impacts of electric cars to internal combustion vehicles found the latter are far more damaging, taking into account global warming potential, cumulative energy demand and resource depletion. Battery components, including lithium, can also be recycled, and used electric car batteries can be repurposed to store energy for homes, buildings and power grids.

Lithium wasn’t found to be a major environmental factor for electric car batteries, but copper, aluminum, cobalt and nickel used in the batteries have high impacts. Materials used to make other car components, for electric and internal combustion vehicles, also come with environmental impacts.

The energy sources used to charge car batteries also determine the degree of environmental impact. If coal is the main source, negative effects are much higher than if the power comes from hydroelectric or renewables such as wind and solar. But the impacts are still lower than fuelling cars with gas.

One study found using lithium for a rapidly expanding electric vehicle market, as well as numerous other products and devices, could cause supplies to become scarce. As with fossil fuels, this means more destructive methods, such as mining, would be required. But these arguments are more against private automobiles than batteries.

Time to up the standards in mining

Electric vehicles are part of the short-term solution, but reducing environmental damage from transportation, including climate disruption, will require shifting as much as possible to better alternatives such as public transit, cycling and walking.

We still need batteries, though. Storage systems are essential to making the best of renewable energy. They make power available when the sun isn’t shining or the wind isn’t blowing. Finding ways to make them — and other renewable energy components such as solar panels and wind turbines — with minimal environmental impact is a challenge.

Some components in electric vehicles and solar panels use “rare metals,” which are often mined in ways that damage the environment and endanger miners. But these materials are frequently used in newer internal combustion vehicles, too.

Part of the solution is to improve labour and environmental standards in mining operations — a challenge considering many materials are mined in Africa by Chinese companies that put profit above human health and the environment.

The good news is that renewable energy and storage technologies are advancing rapidly, with attention paid to the environmental impacts of materials used to make them. The ability to recycle batteries and their components is also improving but needs to get better.

Your comment is a bit ambiguous....but if you are saying Suzuki's comments are criminal and will somehow perpetrate harm to the next generation.....that is a bit rich. Fossil fuels beat him to the knock out punch...and the optimists who think we'll continue onward and upward with that cheap (heavily subsidized) form of energy are the transparently pathetic ones.........though BS being different from lies...many of them don't realize the role they play....so I hesitate to call them liars.

There is a basic problem with

There is a basic problem with lithium. It's rare and hard to extract. That's because of its atomic structure: element #3 is rapidly fused to heavier elements in stars. So we will have to make do with the little we have.

It's a false hope to think lithium alone can solve the energy storage problem. It's use will be limited by supply.

Hey Chris! I think you

So its a false hope to think unconventional oil and gas can solve the energy problems of the future either.....

I'm hopeful about electric cars, solar and lithium batterys. Not the single solution to our predicament,. but part of the way out of the fossil fool trap. For sure.

For those worried about

For those worried about lithium becoming scarce, it should be noted that recent advanced research around the world has shown that good, perhaps better, batteries can be made using salt, magnesium, sulfur and many other widely available (and inexpensive) materials.