Treating the climate with coal phase-out 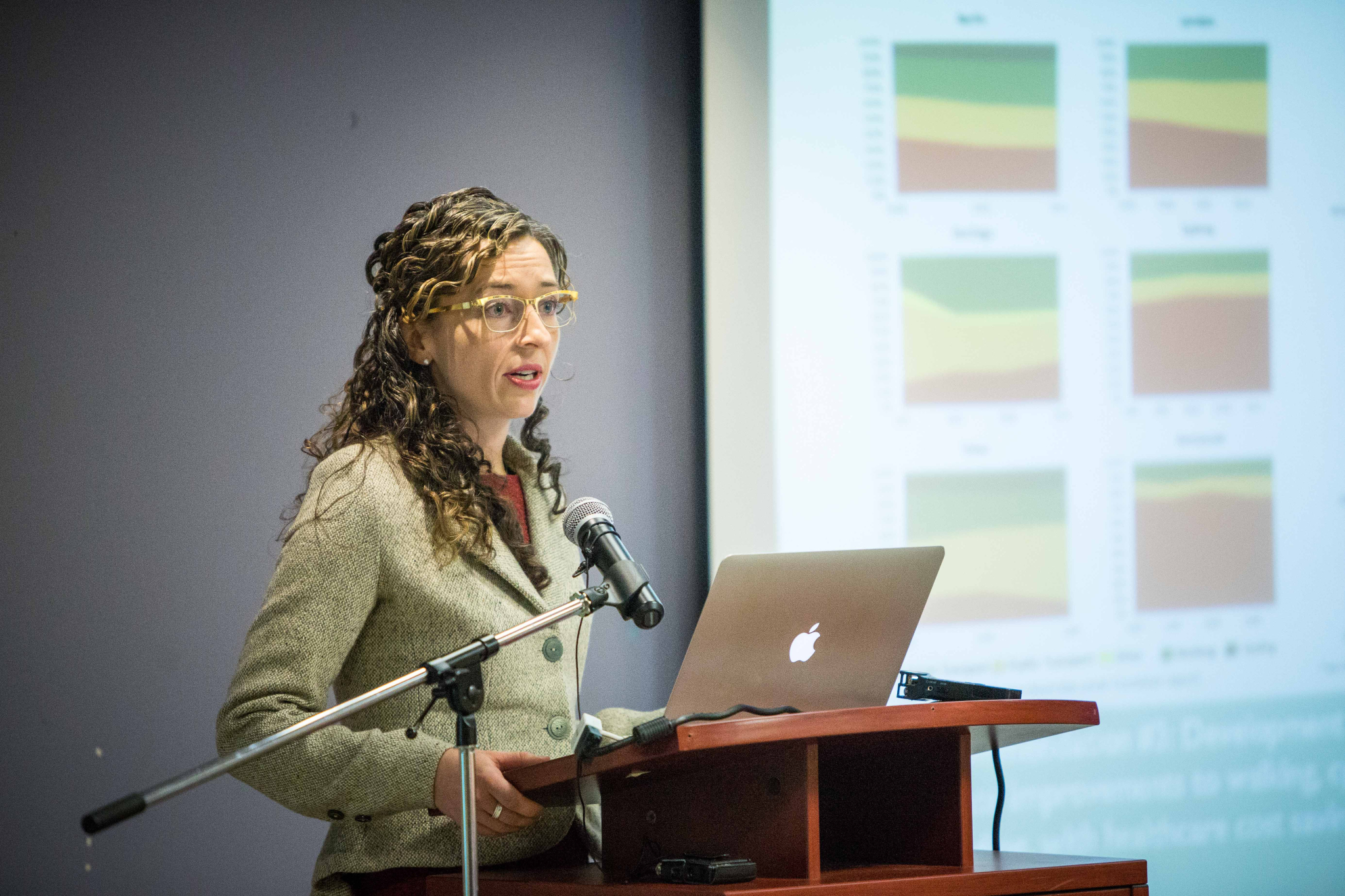 Courtney Howard, president-elect of the Canadian Association of Physicians for the Environment, at the release of the Canada brief of the Lancet Countdown on Health and Climate Change, at the CHEO hospital on Nov. 2 in Ottawa. Photo by Alex Tétreault
Previous story
Next story

Canada, the UK and partners announced a global alliance to phase-out coal power at COP23 in Bonn, Germany. It was an honour to speak on behalf of the health community at the launch, as coal-power phase-out is a key recommendation of the 2017 Lancet Countdown Report and the Countdown’s associated UK brief, as well as the Canadian Brief which I co-authored on behalf of the Canadian Public Health Association.

Phasing out coal is about reducing the 44 per cent of global carbon dioxide emissions due to coal—and the trauma, displacement and heat-related deaths associated with severe weather events due to climate change. It’s about a future with less burns and cough-inducing smoke clouds from wildfires, less conflict and migration, and less undernourished children.

Health professionals worldwide are beginning to treat climate change with coal phase-out.In Canada, organizations such as the Canadian Association of Physicians for the Environment and the Canadian Public Health Association have been key contributors to coal phase-out commitments in Ontario, Alberta and Canada-wide.

Earlier at COP23, the World Health Organization Director General, Dr Tedros Adhanom, repeated his commitments to make action for a healthy climate one of the four priorities of his presidency, and met with myself and other members of the Global Climate and Health Alliance to discuss collaboration on both adaptation and mitigation work in service of health.

At the Global Climate and Health Alliance Summit, held in association with the World Health Organization, we spoke with health professionals from across the world, including medical students, to teach them what advocacy techniques work and who they need to partner with in order to support coal phase-out in their home countries. With income being a major social determinant of health, health professionals believe that active support of workers is key to a just and healthy transition.

The health professions are late to the climate fight, but we learn fast, we don't need a lot of sleep and we're used to dealing with crisis.

As we move forwards towards actioning the coal phase-out in Canada and beyond, health professionals will be looking to see as much coal as possible replaced with renewables as opposed to natural gas. An increasing proportion of natural gas in Canada is being produced via hydraulic fracturing—for which increasing studies are demonstrating negative impacts. One assessment of the peer-reviewed literature on the impacts of hydraulic fracturing found that 84 per cent of studies on public health, 69 per cent of studies on water and 85 per cent of studies on air pollution found concerning findings. A direct transition to healthy, low-carbon energy should be our goal.

The health professionals of the world are applying the skills they’ve learned from treating people—to work to resuscitating the planet.

COP23 has seen new initiatives, new alliances, and new skills created. In partnership with the global health community and our decision-makers, I’m looking forward to treating the climate with coal phase-out and moving forward to a healthier planet.

How to resolve the planet's 'biggest health threat'

By Carl Meyer | News, Energy, Politics | November 3rd 2017
Reports from the Race to a Safer World