By Elizabeth McSheffrey | News, Energy, Politics | November 30th 2017
#13 of 42 articles from the Special Report: The Price of Oil 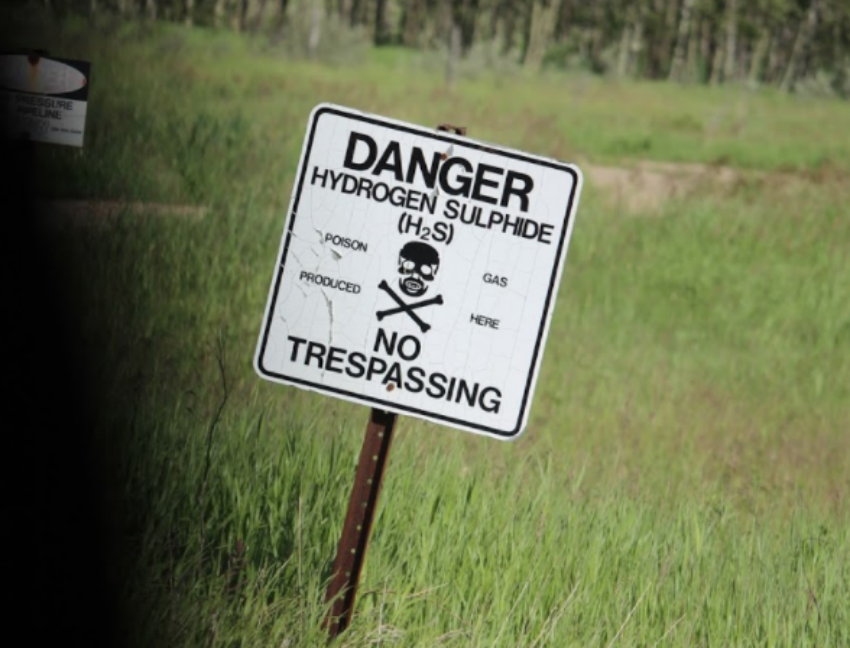 A joint investigation that uncovered secrets of Saskatchewan’s oil and gas industry triggered both skepticism from outside government and praise from within the province’s environment ministry, newly-released emails have revealed.

On Oct. 1, a joint investigation published by National Observer, The Toronto Star and Global News revealed nearly five years' worth of industry violations related to a corrosive gas called hydrogen sulfide, which can be fatal to humans in high concentrations and can leak from the wellheads, pump jacks, pipes, tanks and flare stacks of the oilfields.

The infractions occurred under the watch of provincial government officials who were aware of the problem and meeting frequently with industry and lobbyists to discuss the matter. Several people became seriously ill due to exposure to the toxic gas and at least one worker died after industry and government both recognized that public health was in jeopardy.

The three media outlets reported on internal correspondence and meeting notes showing how industry shot down government proposals to impose steep fines for violations. The investigation also revealed that officials inside Premier Brad Wall's government were reluctant to release danger zones to communities at risk from toxic releases, while a number of the people affected were afraid to speak out about their concerns.

Immediately after the first parts of the series were published, internal government emails, obtained through freedom of information legislation, reveal that someone warned the ministry to "get ready for a big day tomorrow." The individual's name, along with most of the distribution list, was redacted to protect the personal email information of people not employed by the government, said the analyst assigned to the freedom of information request.

On Oct. 2, an environmental protection officer credited the work as providing "a lot of information about H2S incidents in the province" in an email to his colleagues, while a communications manager for the environment ministry hailed it as "thorough and impressive.”

It was the same day that Saskatchewan Energy Minister Nancy Heppner dismissed key evidence unearthed by the report, declining both phone and on-camera interviews about the investigation. Heppner instead sent a letter to National Observer defending her government's actions and praising progress in improving air quality.

The investigation was carried out over the course of a year by the three publications and journalism schools at the universities of Concordia, Regina, Ryerson and British Columbia, with support from The Michener Awards Foundation and the Corporate Mapping Project.

In an email to National Observer, James Parker, senior communications advisor for Saskatchewan's Executive Counsel, said that Heppner would offer "no further comment" on the investigation in light of the internal emails revealing praise from within the environment department. Another spokesperson, Karen Hill, confirmed that the Government of Saskatchewan at large, including Environment Minister Dustin Duncan, would not be commenting.

No need to 'dispute' claims

While The Price of Oil investigation generated some praise within Saskatchewan's environment ministry, two private consultants — Horizon Strategic's Stephen Weiss, who is also executive director of the Great Plains Air Zone (GPAZ) association, and Cameron McNaughton, an environmental engineer for Golder Associates — did raise some concerns about it.

The GPAZ association describes itself on its website as a non-profit group made up of volunteers who work with government, industry officials and other members of the public to monitor and raise awareness about air quality issues in its region of Saskatchewan.

Weiss noted that the investigation does not list or discuss changes in air quality regulations or include details about ongoing air monitoring. He ultimately ruled however, after "reading the article in detail," a response from his association, GPAZ, "was not warranted to dispute any of the claims in the article.”

Reached by phone on Thursday, Weiss said he stood by his comments in the email and encouraged future coverage to include a more in-depth discussion of such measures, which "have the potential perhaps, to provide a long, independent and long-lasting high quality system" for air quality in the province.