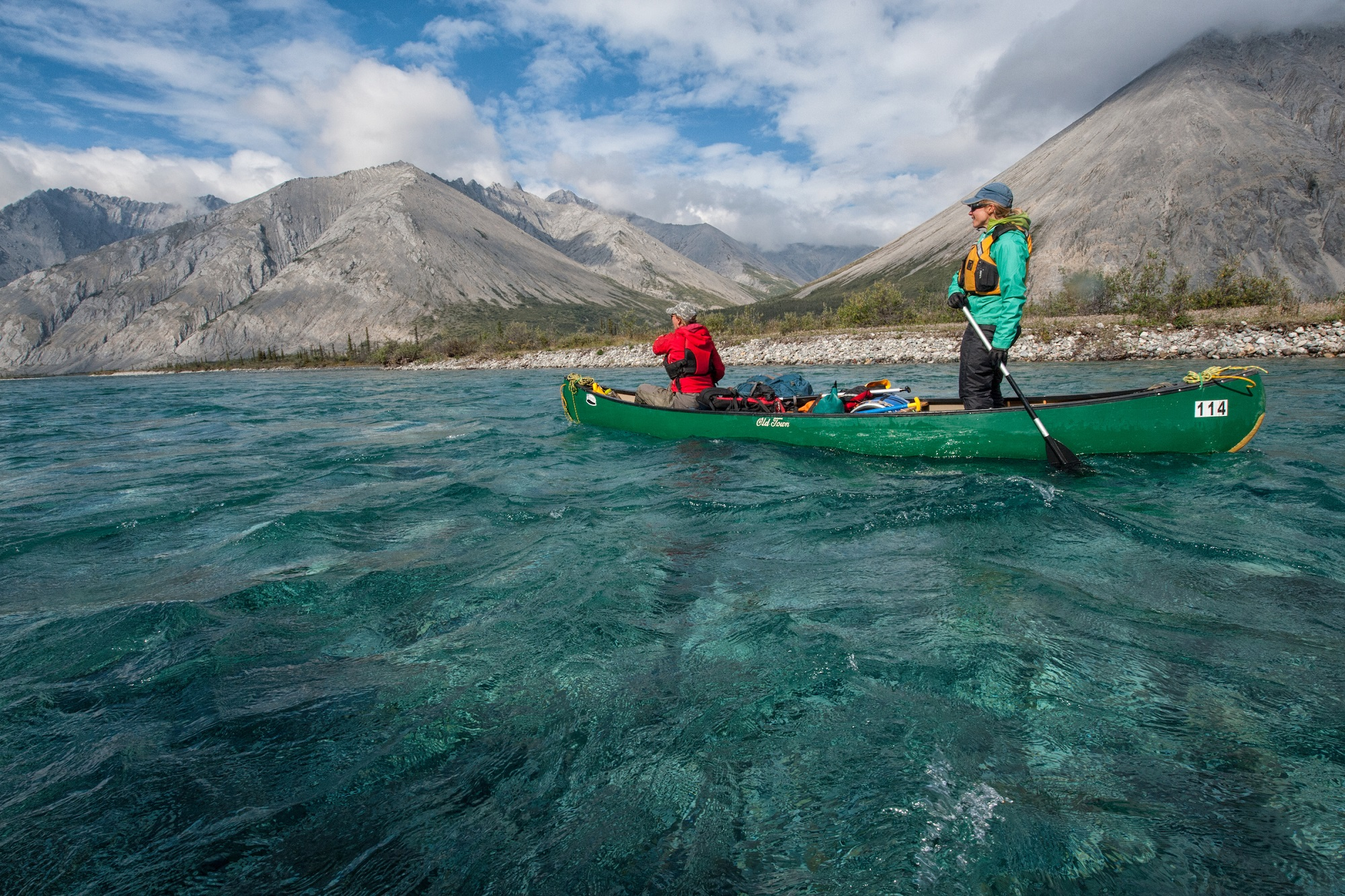 Paddlers navigate through the water in Yukon's Peel Watershed. A Supreme Court ruling on Dec. 1 will dramatically help improve protection of the pristine area. Photo by Peter Mather, courtesy of CPAWS
Previous story
Next story

In a victory for First Nations and environmental groups, the Supreme Court of Canada says the Yukon government was not entitled to rewrite a land-use plan for a huge swath of wilderness in the territory.

The unanimous high court ruling Friday is likely to have a profound impact on resource development and ecological protection in the Peel Watershed, which covers an area the size of Ireland.

"For several years, we've been on a long, twisting journey to hold the Yukon government accountable for promises during the land claims process and to protect an area valuable to our first nations and to so many other Yukoners," said Chief Roberta Joseph of the Tr'ondëk Hwëch'in First Nation at a news conference in Ottawa with other First Nations leaders, lawyers and environmentalists. "This a victory for democracy, Yukon First Nations and Yukoners."

In 1993, Canada, Yukon and First Nations agreed on a consultative process for development of land-use plans in regions including the watershed.

The process led to creation of a recommended plan for the watershed, but the process broke down when Yukon changed the final plan over the objections of the First Nations, who argued the territory did not have authority to do so.

Environmental groups say the government's changes drastically altered the final plan by removing protections and opening up more than 70 per cent of the watershed to roads, mining and drilling.

“Today is an incredible day for Canada’s wilderness," said Chris Rider, from the Yukon chapter of the Canadian Parks and Wilderness Society. "Thanks to the Supreme Court of Canada’s ruling, the future of this extraordinary landscape now looks much brighter. We’re grateful that future generations will be able to enjoy the land as we do today, and that the wildlife that thrives in the Peel Watershed will continue to have a home.”

First Nations leaders, environmentalists and lawyers react to news of their victory at the Supreme Court. YouTube video

A trial judge ruled that Yukon had breached an agreement when it changed the plan, quashed Yukon's final land-use plan and ordered that the process return to the point of final consultations between the territory and First Nations.

The Court of Appeal upheld the trial judge's order to quash the government plan, but ordered that the process resume at an earlier stage — when Yukon first received the recommended plan.

In its ruling Friday, the Supreme Court agreed with the trial judge, saying the Yukon government had a chance to propose changes to the plan earlier in the process but did not do so.

In her reasons on behalf of the court, Justice Andromache Karakatsanis wrote that Yukon "did not have the authority to make the extensive changes" it made to the final plan.

The high court said the government should not be allowed to take new positions it wishes it had taken earlier. In addition, it ruled the process did not permit the government to modify the plan so significantly that it effectively rejected it.

It means the process returns to the later stage of the process, in which Yukon can approve, reject or modify the final plan.

The Supreme Court clarified that any modifications at this stage must be based on those proposed earlier in the process or respond to changing circumstances, adding that modifications are by definition "minor or partial changes."

The Peel Watershed has no permanent residents and few roads. Its rugged mountains and taiga forests are home to a wide range of fish, wildlife and plant species.

There is potential to expand wilderness tourism, big-game outfitting and trapping, along with growing interest in mineral and oil-and-gas exploration.

The Canadian Parks and Wilderness Society and the Yukon Conservation Society supported the legal action. The team also included lawyer Thomas Berger who is now working for the B.C. government in its efforts to stop Kinder Morgan's Trans Mountain expansion project.