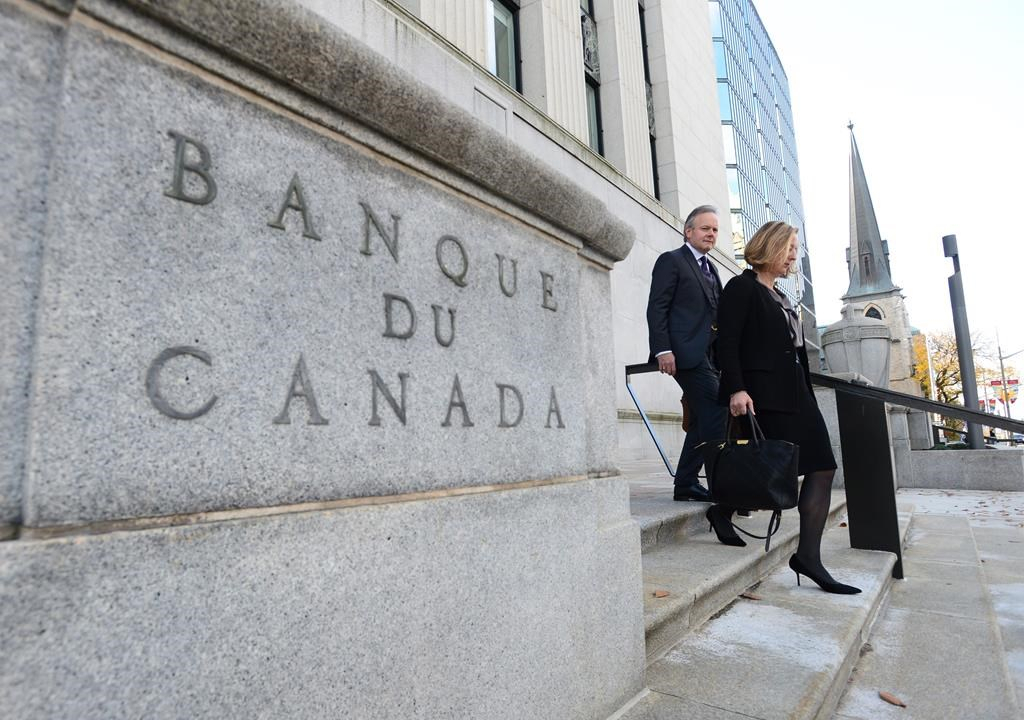 Governor of the Bank of Canada Stephen Poloz and Carolyn Wilkins, senior deputy governor, make their way to the National Press Gallery in Ottawa on Wed. October 25, 2017. Photo by The Canadian Press/Sean Kilpatrick
Previous story
Next story

Against a backdrop of a changing global energy system and mounting financial risks from climate change, a workshop on central banking and green finance was hosted recently by the Dutch central bank and a Swiss economic policy think tank.

The unusual gathering of central bankers and financial regulators organized by De Nederlandsche Bank (DNB) and the Council on Economic Policies builds on work by Mark Carney at the Financial Stability Board, the DNB, the Bank of England, and the Banque de France on risks to financial stability posed by climate change and the energy transition away from fossil fuels.

The themes raised at the Nov. 28 to 29 meeting represent a great opportunity for the Bank of Canada and our financial market regulators to consider how Canadian financial sector giants are preparing for a clean energy future.

While Canadian bank lending to fossil fuel companies and heavy investments by our largest pension funds into coal projects and fracking companies get lots of attention, the important signaling role played by the Bank of Canada and our national financial regulators deserves more attention. Bank of Canada deputy governor Timothy Lane touched on these themes in a speech last March, but since then there has been little if any public discussion about how the bank is approaching issues that are on the agendas of its G20 peers.

The Bank of Canada’s principal role is "to promote the economic and financial welfare of Canada,” as set out in the Bank of Canada Act. It does this primarily by influencing the supply of money circulating in the economy, licensing commercial banks to create money through lending. With the Bank of Canada’s oversight, our private banking system creates new money every time a new loan is made, such as a home mortgage, auto loan or a business loan. Whenever a bank makes a loan, it simultaneously creates a matching deposit in the borrower's bank account, thereby creating new money. At present, much of the money created by commercial bank lending is stuffed into mortgages and fossil fuel companies and related high-carbon infrastructure.

This does not help to ensure the long-term economic welfare of Canadians.

The Bank of Canada also creates money for the Government of Canada through the purchase of federal government bonds. Through these powers and a range of regulatory structures, it plays a vital role in the way capital (including the money of pension savers) is generated by commercial banks and then allocated across the economy. The present high level of commercial bank financing for emissions-intensive activities is a response to policy levers and government regulation. With other central banks now discussing ways of reducing funding to high carbon sectors of the economy through policy changes from the very top, Canada can do the same.

Sitting alongside the Bank of Canada, the Office of the Superintendent of Financial Institutions (OSFI) supervises all of the largest banks, insurance companies, and pension funds. Given the scale of the capital shift required to meet the targets set out in the Paris Agreement — a net zero emissions energy system by 2050 — continuing with business as usual lending is risky. Professional services firms with large auditing practices like PwC are already working with some of the world's largest banks to assess the implications of climate change and the fossil fuel phase-out on their lending and trading books.

Here in Canada, monetary policymakers and regulators like OSFI could work to ensure that companies sitting at the pinnacle of our financial system are operating in a manner that will ensure an orderly economic transition for all Canadians. This should include due consideration of and reporting on environmental risks in their current business strategy.

Questioning how banks will respond to climate change

Regulators could be asking the banks to consider a few questions like what might happen to balance sheets if mortgage loan collateral (houses and property) are destroyed by increasingly severe flooding in Canadian cities? Would the permanent decline of the oil sands sector lead to knock-on defaults in the mortgage and auto loan portfolios at the Big Six banks? How will cheap renewable energy and the phaseout of over $3 billion in annual government subsidies to the fossil fuel sector augment financial risks to the sector? How are banks reporting on climate risk scenario analysis to their investors, and do these reports reflect international best practice? What happens if fossil fuel companies have to bear more of the closure and remediation costs for abandoned mining and well sites?

By encouraging Canadian commercial banks to measure and report on the climate risks of their existing assets, OSFI could support more prudent risk management. Banks must first recognize the financial threat that climate change poses to their business before they shift capital to start financing the transition to a low-carbon economy at the scale required. As the global energy transition gathers pace, our central bank and national financial regulators could consider these questions and also examine the policy levers available to support capital flows into low-carbon sectors.

To protect pensions, companies should be required to come clean on climate risk

Time for the rich to show climate change leadership

Hamish, I almost thought you

Hamish, I almost thought you'd slide all the way over to direct government financing of projects deemed essential to Canada's well-being....it's been done before, and no-one, especially not the Bank of Canada, has presented a coherent evidence-based argument against it. What gets up the nose of the financial industry, who create money ex-nihilo all the time, is the prospect of the state similarly creating money for essential projects and breaking the industry's monopoly. And please, no BS about the rational allocation of capital. A lot of people still remember 2008 crisis, particularly the millions who lost their homes and the citizens of the staggering economies of Southern Europe. That was a triumph of for the financial industries....but when governments printed money to pay for their greed-driven blunders.

We can make big inroads on climate change right now by declaring war on it, and we don't need pension funds and other sources anxious to loan money at 5 or 6% when we can get it for nothing. We have a demand and we have the resources to meet the demand. If not, why not? And if you cry out "Wiemar! Zimbabwe!" then a generous portion of contemporary economists might cry back "BS".