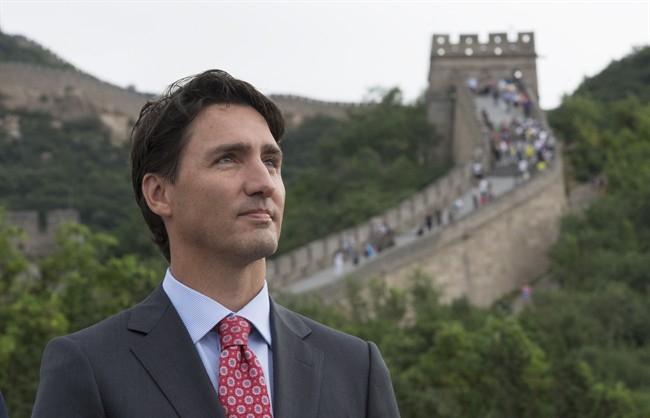 At the annual G20 meeting of the world's biggest economies in Hangzhou, China unveiled a Green Finance Roadmap. As the world’s advanced economies accelerate the transition away from fossil fuels, initiatives like China's Roadmap are coordinating climate policy and finance across central banks and private finance. Canada needs to develop a roadmap of its own, and quickly.

China’s Roadmap, drafted by the People’s Bank of China and the United Nations Environment Programme (UNEP) provides a series of regulatory, legal and institutional measures to align China’s financial system with decarbonization targets established in the Paris Agreement. This new financial strategy for the world's largest economy builds on international efforts, including the City of London’s Green Finance Initiative and Indonesia’s Sustainable Finance Roadmap.

The Roadmap places financing for environmentally sustainable growth and industrial innovation at the center of China’s economic development strategy. Key elements of the Roadmap have been incorporated into China’s 13th Five-Year Plan that will guide the country’s economic and industrial development to 2020 and beyond. The decision to shift its financial system towards environmental and energy system decarbonization targets is already having an impact.

Like Bloomberg’s 2016 New Energy Outlook, China’s Roadmap reflects the reality that "cheaper coal and cheaper gas will not derail the transformation and decarbonization of the world’s power systems. By 2040, zero-emission energy sources will make up 60% of installed capacity. Wind and solar will account for 64% of the 8.6TW of new power generating capacity added worldwide over the next 25 years, and almost 60% of the $11.4 trillion invested."

With this transformation in mind, China is expected to raise its power storage capacity ten-fold to 14.5 GW by 2020, as the country capitalizes on a massive build out of renewable energy and the electrification of the transportation system. China has recognized that aligning the financial system with the energy sector transformation is necessary to maintain global competitive advantage and to fuel the economic growth required to create jobs and support rising living standards.

The Roadmap sets out a range of new financial instruments that integrate climate and environmental metrics into existing credit standards, international development funding, export insurance, bond ratings as well as bank lending and underwriting decisions. China’s strategic decision to ratify the Paris Agreement and push for a greening of the financial system should serve as a wake-up call to Canadian bankers and financial regulators.

China’s Roadmap highlights the need for changes to Canada’s financial system that can drive increased deployment of clean energy, and higher productivity and prosperity across the economy. Whether it is the expansion of renewable energy or the managed wind-down of the fossil fuel sector, silence on climate change from financial sector leaders in a G20 economy like Canada is no longer acceptable. A Green Finance Roadmap would enable the Canadian economy to regain competitive advantages in a global energy system and accelerate the agreed upon transition to 100% clean energy and low carbon transportation systems. Without such a Roadmap, Canada’s financial system will continue to be guided by the business as usual habits and the ossified personal networks that constrain our largest banks, pension funds, and insurers with a backward-looking fossil fuel sector.

Canada’s highly concentrated financial system means that a Green Finance Roadmap could have a great impact with only a few actors coming on board. The Big Six banks - RBC, BMO, TD, Scotiabank, CIBC, and the Bank of Canada - account for nearly 95 per cent of the banking industry assets in Canada and control approximately $6 trillion in assets. The Big Six stand head and shoulders above their peers in terms of assets, deposits and capitalization and remain heavily focused on underwriting and lending to fossil fuel companies. The insurance sector is similarly concentrated with the three big life insurers at Sun Life, Manulife and Power Financial dominating the market. Alongside a tightly knit community of banks and insurance companies, Canada’s public pension funds could lead the greening of our financial system.

Canada's Public Pensions Turn Their Back on Green Finance Opportunities

Canada’s eight largest public pension funds, called the “Big Eight” by the Bank of Canada, are major investors across the economy, with gross assets under management of more than $1.5 trillion. The public pension fund sector holds about 15 per cent of the total assets in the Canadian financial system. They should be first in line to push for a Green Finance Roadmap to support pension savers’ retirements through a potentially volatile energy transition. The transition to highly efficient renewable energy systems should provide the productivity gains and economic stimulus required to keep pension pots growing.

Action to align Canada’s financial system ultimately depends on a few leaders sitting at the pinnacle of the financial system. The personal and professional links between Canada’s largest financial players and the energy sector mean that kick starting a Green Finance Roadmap could be relatively simple. Almost all of the directors of Canada’s Big Six banks also serve on the boards of our largest energy companies. For example, consider the influence wielded by former Canada Pension Plan director Mark Wiseman, now at BlackRock USA - the world’s largest asset manager - and his wife Marcia Moffat, head of BlackRock Canada. BlackRock is pushing hard on climate leadership internationally and this BlackRock power couple is just one example of how a little personal leadership could go a long way towards changing the tone across Canada's economy.