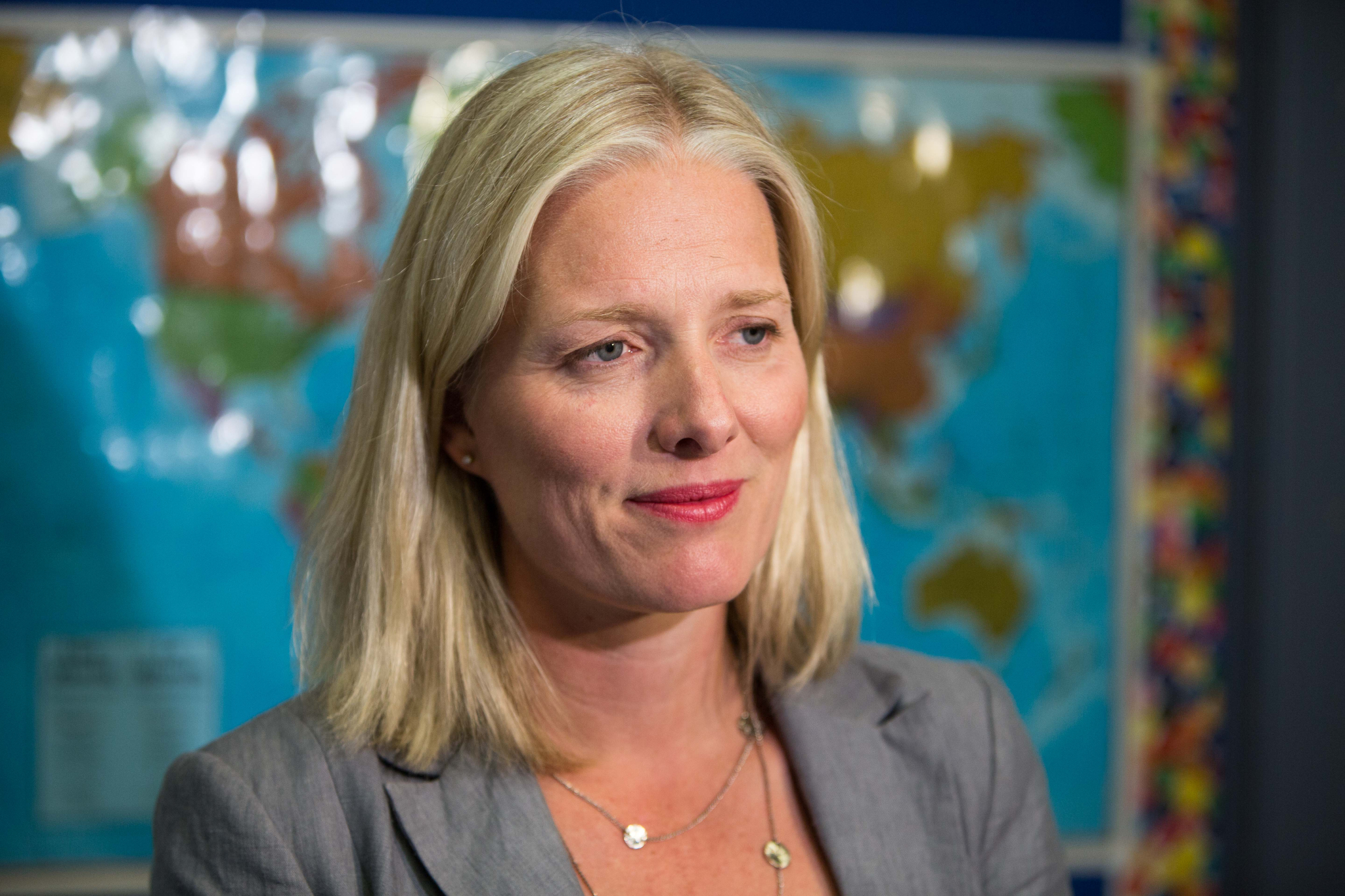 Environment Canada says the federal government will not alter a joint statement on clean growth and climate change which suggests that natural gas is not a fossil fuel.

The statement — an announcement on bilateral and multilateral collaboration between Canada and China — was published on Dec. 4 after Prime Minister Justin Trudeau's visit with Li Keqiang, premier of China's state council, in Beijing. It reads, in part:

"The Ministerial Dialogue on Clean Energy will be chaired by Natural Resources Canada and the National Energy Administration of China. It will provide a forum to facilitate clean energy solutions, including the transition from fossil energy to cleaner fuels, such as nuclear, renewables and natural gas."

The ambiguous wording indicates that natural gas is an alternative to fossil fuel energy, but according to the U.S. Energy Information Administration, natural gas, crude oil and coal are all considered fossil fuels, since they were "formed from the buried remains of plants and animals that lived millions of years ago."

In emailed comments, a spokesperson for Environment and Climate Change Minister Catherine McKenna confirmed that natural gas is a fossil fuel, but declined to answer questions about the wording.

The representative said natural gas is "among a list of 'cleaner fuels,'" and that the joint statement would not be reworded for clarity as it has already been released.

A spokesperson for the Chinese embassy in Ottawa did not respond to requests for comment on this piece.

The news comes just after McKenna helped rally 25 global governments into an agreement to phase out coal-fired power plants, and confirmed that China would not be participating in that initiative.

From the perspective of climate-polluting greenhouse gas emissions, natural gas is indeed "cleaner" than other fossil fuels, said Green Party leader Elizabeth May, but to word it in such a way that implies it is not a fossil fuel is "clearly in error."

"Clearly, describing natural gas as though it's not a fossil fuel is bizarre," she told National Observer in Ottawa on Tuesday. "I understand that they may have been trying to focus on coal — coal is the dirtiest of fossil fuels.

"Natural gas is at the other end of the spectrum, unless it's fracked. Fracked natural gas has the same carbon footprint as coal, so you can't put natural gas that's fracked as a cleaner version of coal, it's just as bad."

Fracking — the process of injecting high-pressured water mixtures deep into the earth — is often used in the extraction of liquefied natural gas (LNG). In the Canada-China joint statement, both parties said they would seek ways to expand "our energy trade (including liquefied natural gas)."

The emphasis on the LNG industry, along with the implication that natural gas is an alternative to fossil fuels, prompted a response from Dr. Courtney Howard, president-elect of the Canadian Association of Physicians for the Environment (CAPE). Howard was at the UN climate conference in Bonn, Germany last month as an observer, and attended meetings for the Global Health Alliance at the same time.

She said CAPE is encouraging the federal government to transition to as much renewable energy as possible, rather than emphasize natural gas as a relatively clean "interim" solution.

"That's why that wording on that statement was concerning," she told National Observer. "I think the framing needs to be really clear that natural gas is a fossil fuel and that wasn't very clear in that statement. I think [rewording it] would be a good idea because we want to see strong movement in the direction of zero-carbon energy, which is really recommended by the Lancet Countdown, which is the world's international climate change and health report card that's going to be issued every year between now and 2030."

May acknowledged it's tough to reword a joint statement between two countries "once they've left the building," but she said Canada must be clearer during future international meetings.

"Certainly in any statements coming out the G7, coming up in 2018, [or] coming out of the G20, we should draw attention to this and make sure this kind of language is not repeated," she said.

I am getting tired of the

I am getting tired of the Liberal lies and fake promises about climate change. The media needs to confront this more intensely. The Libs keep pointing to carbon taxes as the solution to carbon release. Carbon taxes don't stop carbon release- they tax it. Meanwhile we get more pipelines that they say will carry fossil fuels for decades to come. The hopelessly inadequate targets belong to Harper and the policies they are pursuing mean they will never meet even those targets. They don't get climate change or the disasters it will bring. And now natural gas is not a fossil fuel? OMG!!!

Even the claim that natural

Even the claim that natural gas is "cleaner" in terms of fossil fuel emissions is pretty dubious, fracked or not. Sure, at the point of burning that is true, but UNBURNED natural gas is basically methane, a much more potent greenhouse gas than CO2. Studies indicate that if you count all the leakage before it gets burned, from pipes and extraction and storage facilities, that pretty much wipes out its advantage and maybe more.
Claims otherwise are basically political. Some say it because they're trying to delay getting rid of natural gas, maybe some say it because they figure it's easier to break one fossil fuel lobby at a time and coal is round one. Either way natural gas does not, in fact, create less climate damage.

McKenna has proved to be as

McKenna has proved to be as light-weight as her leader.
Frustrating that these folks not only ignore facts, they actually put their signatures to "fake facts."
Depressing world.

Why are we surprised? You

Why are we surprised? You can't understand climate science if you're willing to okay new pipelines, with an expected life of 40 years.....whats going on now is that politicians realize they have to acknowledge the reality of climate change.......the jig on denialism is up......but they still figure they can spin the public's conceerns...give them light bulbs to change instead of solar panels to power their homes...and for another decade at least, we'll believe them.

But it's up to us...at a recent public forum I heard Jason Kenny acknowledge that climate change was real, but that he strongly doubted humans were causing it!!! He's counting on the mythical alberta advantage to sweep him into the provincial legislature, on that claim alone....and oh yes....scrap the carbon tax.

That he may get his wish, says something about each and every one of us. Most recent data is suggesting at current rates we're headed for 4 degrees + by 2100....and we continue to let these political opportunists play fast and loose with our children's future. They'd learn fast enough if we dumped the lot of them.

Climate leaders don't build pipelines. But neither do they lie about fracked natural gas....or conventional natural gas either for that matter. IT'S A FOSSIL FUEL...and only fossil fools would try to pretend otherwise.

BS baffles brains. Or does it

What is the hang-up with

What is the hang-up with Environment Canada. Just admit the error and move on. Even in this write-up is a reference to the US EnergyInformationAdministration's definitions which are correct:

"Nonrenewable energy sources come out of the ground as liquids, gases, and solids. We use crude oil to make liquid petroleum products such as gasoline, diesel fuel, and heating oil. Propane and other hydrocarbon gas liquids, such as butane and ethane, are found in natural gas and crude oil.

"All fossil fuels are nonrenewable, but not all nonrenewable energy sources are fossil fuels
"Coal, crude oil, and natural gas are all considered fossil fuels because they were formed from the buried remains of plants and animals that lived millions of years ago.

"Uranium ore, a solid, is mined and converted to a fuel used at nuclear power plants. Uranium is not a fossil fuel, but it is classified as a nonrenewable fuel."

Since when did natural gas

Since when did natural gas not become a fossil fuel. Does Trudeau think we all are idiots. He might as well opt out of any pretence of believing in climate control.