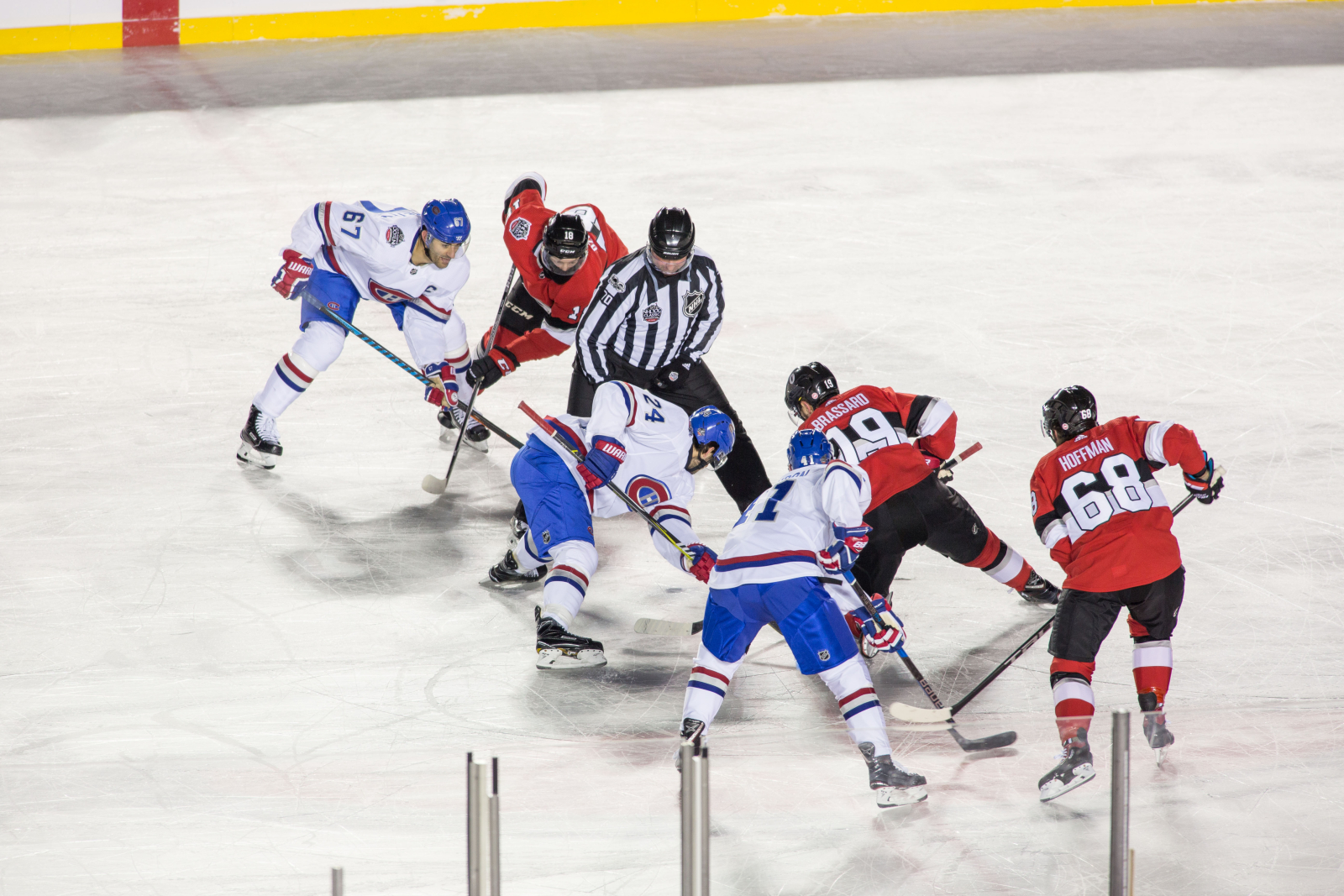 I know we don't usually cover hockey or sports on these pages at National Observer. But sometimes there are events that we just can't miss.

Last weekend's outdoor game between the Ottawa Senators and the Montreal Canadiens, marking the 100th anniversary of the first ever game in the National Hockey League, was one of those nights. It made for great visuals, and well, hockey in bone-chilling temperatures IS​ national affairs in Canada, eh? 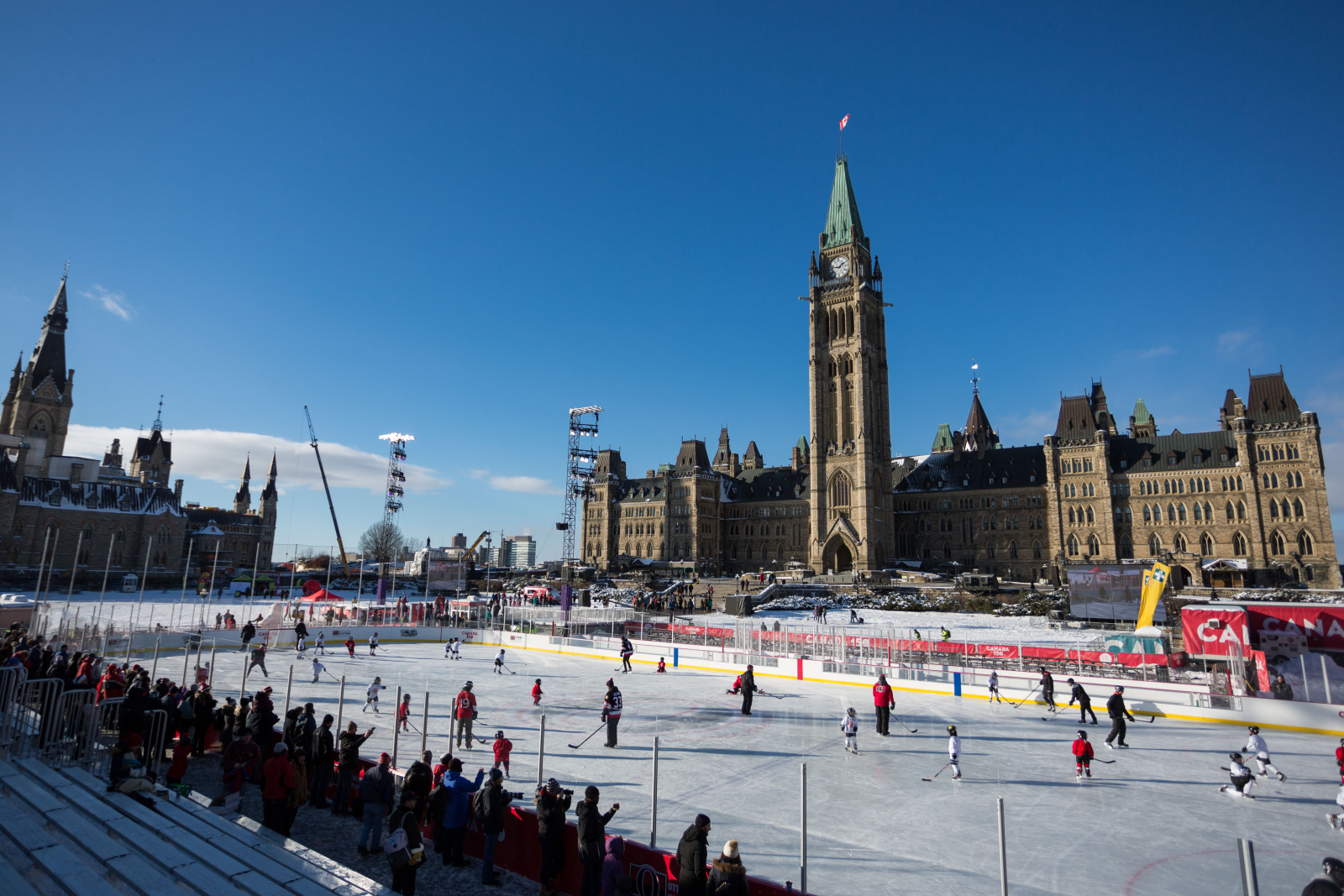 The Ottawa Senator's Little Sens are having a practice skate on Parliament Hill's rink a few hours before the NHL100 game. Photo by Alex Tétreault

The Stanley Cup, the iconic trophy named after a former Canadian governor general, was on Parliament Hill last Friday for a couple of hours. They had it inside in a display trailer. But this photojournalist managed to get a sneak peak after convincing NHL officials to bring it outside for a quick, worthwhile photo-op.

As part of festivities for the NHL Centennial game and Canada's 150th anniversary, a 5.6 million dollar rink was built on Parliament Hill's front lawn.

Throughout the week, some activities have been held with varying degrees of relation to the NHL100 game, such as the Red-White Alumni game on Friday evening.

A few hours before the centennial game on Saturday, the Little Sens had a practice skate on the Hill, in front of Parliament, under the tutelage of two former Sens players, Pascal Leclaire and Chris Phillips.

They were followed right after by tryouts for the girls Team Ontario held by the Aboriginal Sport and Wellness Council of Ontario. 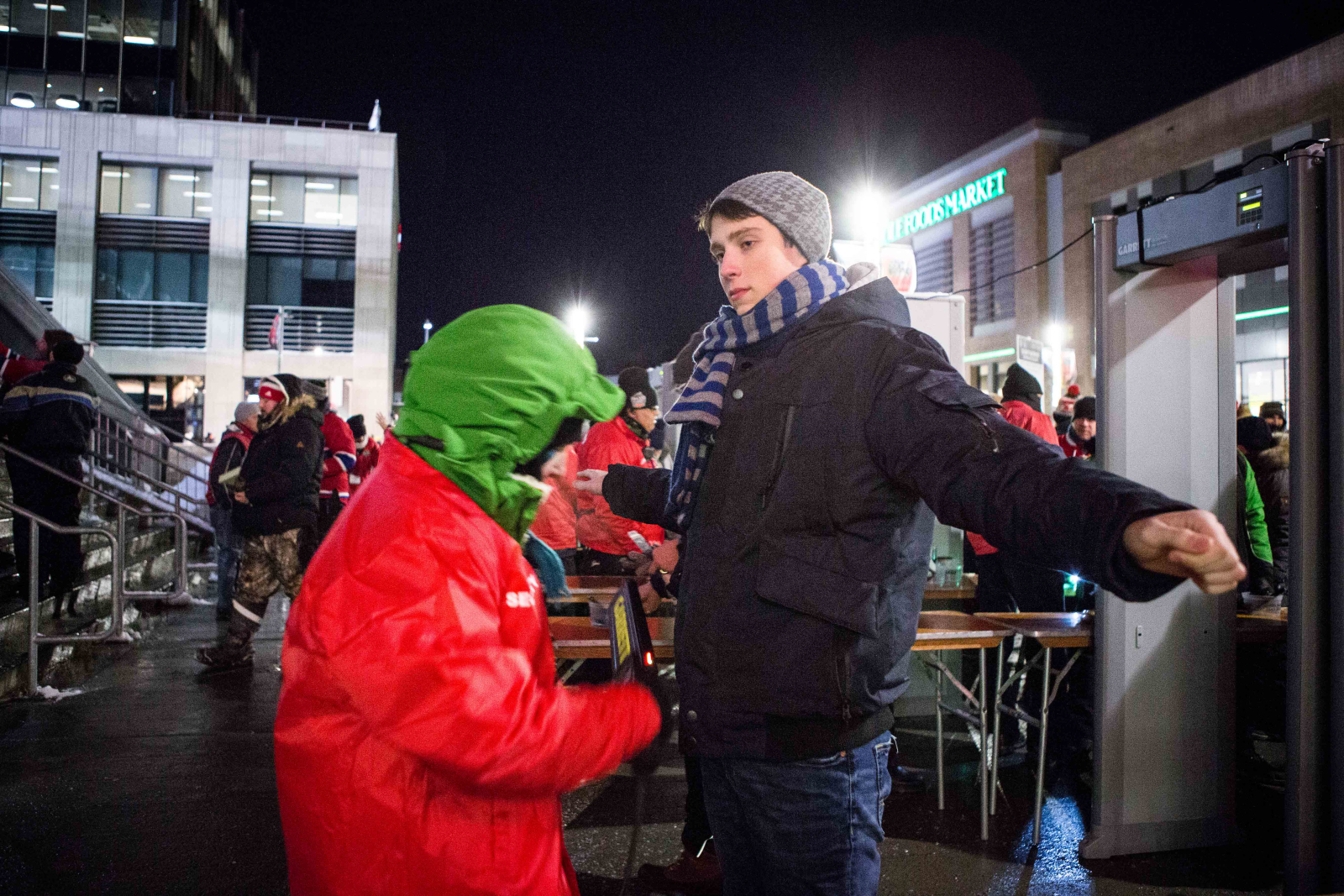 Security guard Alison Duncan does her job and proceeds with a metal scan on Luke Hutchinson. Fans had to brave long lines in the cold before being able to access the stadium. Photo by Alex Tétreault

Although some of the Senator fans may have been in a bad mood since their team's owner, Eugene Melnyk, had just made headlines for musing about moving his team to another city, due to low attendance. 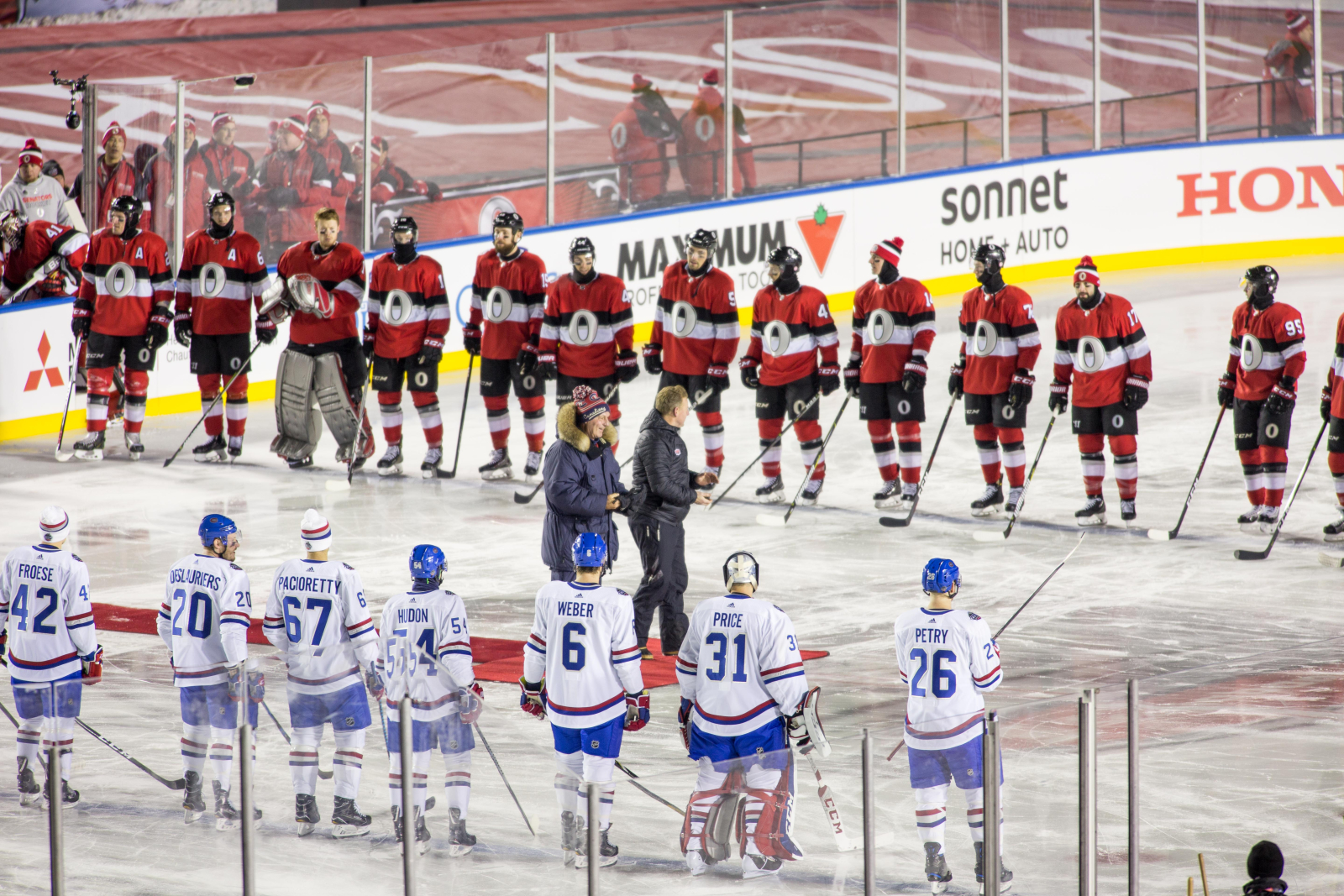 Guy Lafleur and Daniel Alfredsson proceeded with the ceremonial puck drop to get the game going. Photo by Alex Tétreault

Fireworks and celebrity guests were a key part of the pregame and intermission shows. 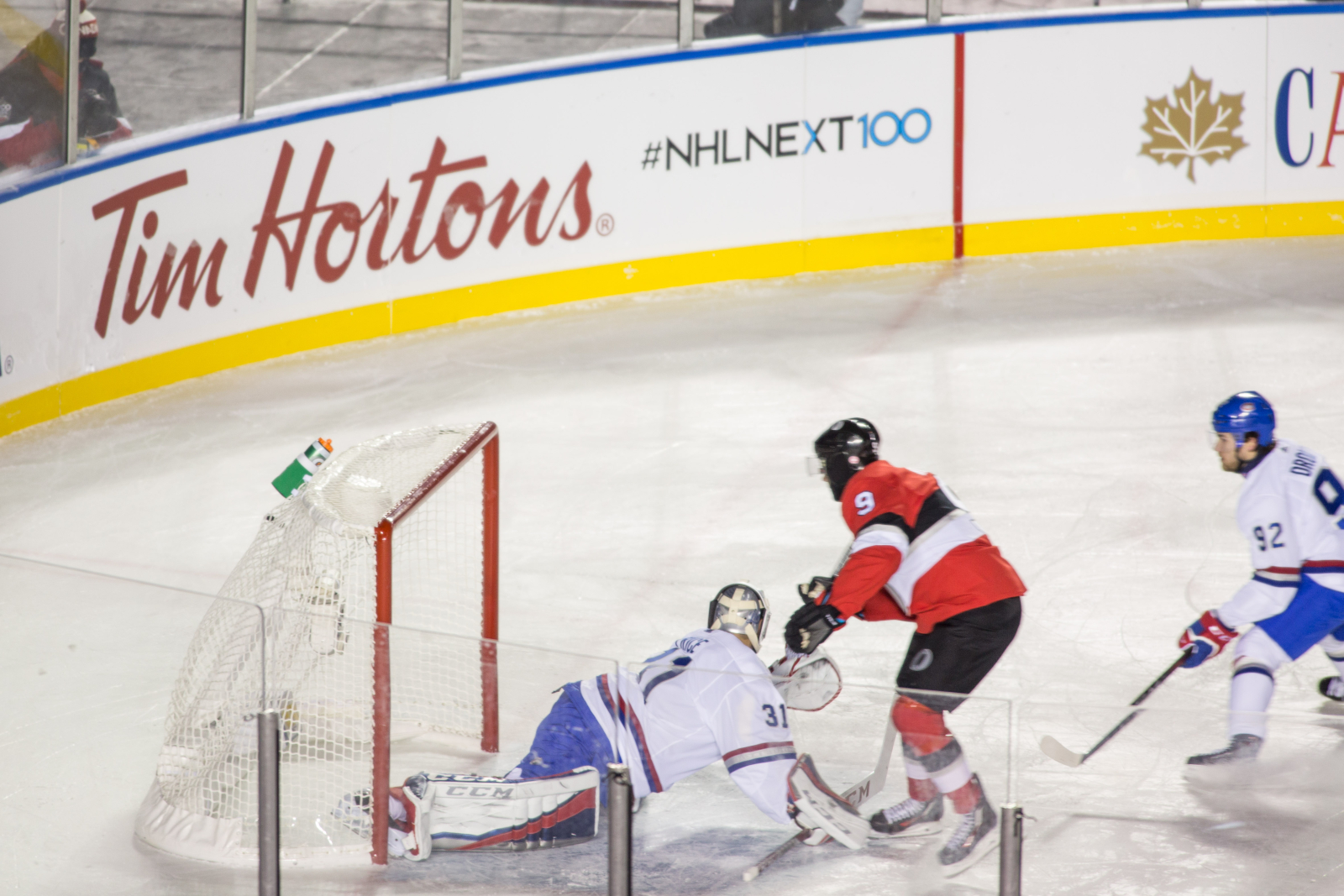 Bobby Ryan of the Ottawa Senators scores his team's second goal of the night in a 3-0 victory over the Montreal Canadiens. Photo by Alex Tétreault

Montreal Canadiens goaltender Carey Price stops a shot from the Ottawa Senators. It was not enough, however, as the Habs still lost the game, 3-0. Price stood on his head for most of the game (not literally) and was still named the 3rd star of the game.

Montreal Canadiens, old and new, with pyrotechnics getting ready for the national anthem. 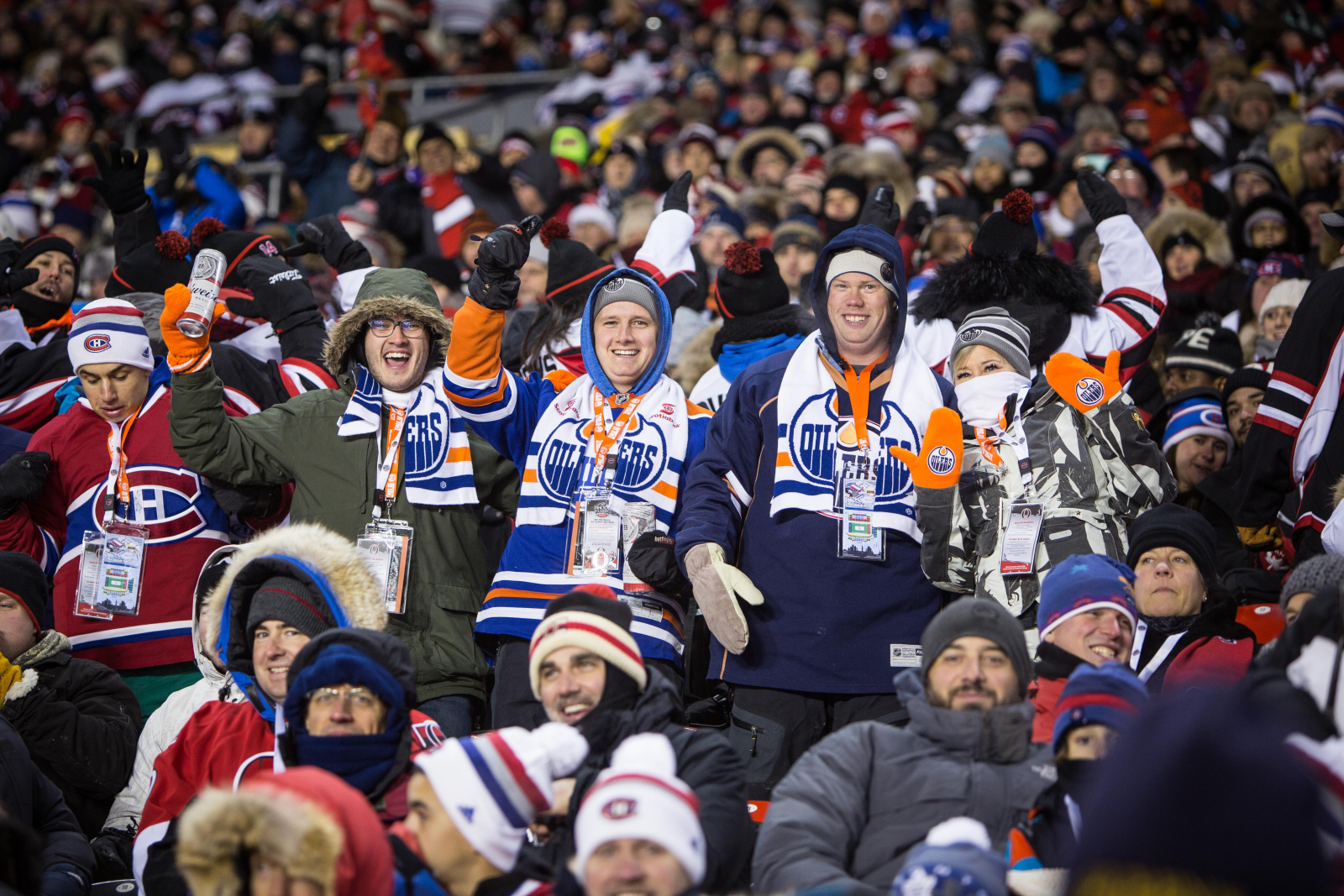 It seems this Edmonton Oilers fans might have taken a wrong turn on the way to their game. Photo by Alex Tétreault

34 000 happy, cold, fans at Lansdowne Park, but the atmosphere was getting warmer as the game went on. 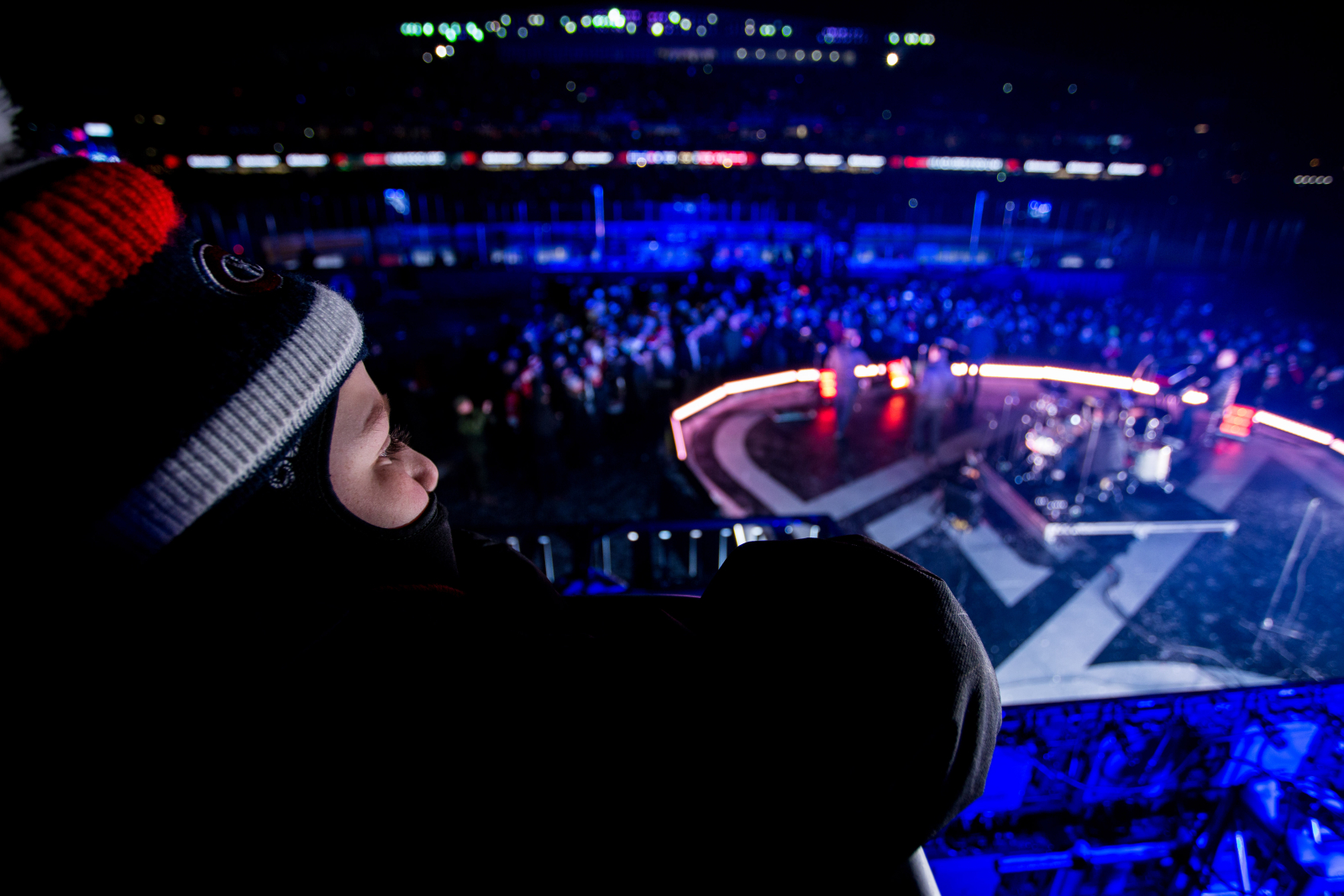 Little Gabriel Hazan snuck down the aisle and squeezed in to get a prime spot to see Bryan Adams perform on the side stage. Photo by Alex Tétreault

Well, two-thirds show, really, (during the second intermission) and more fireworks to warm up the place. 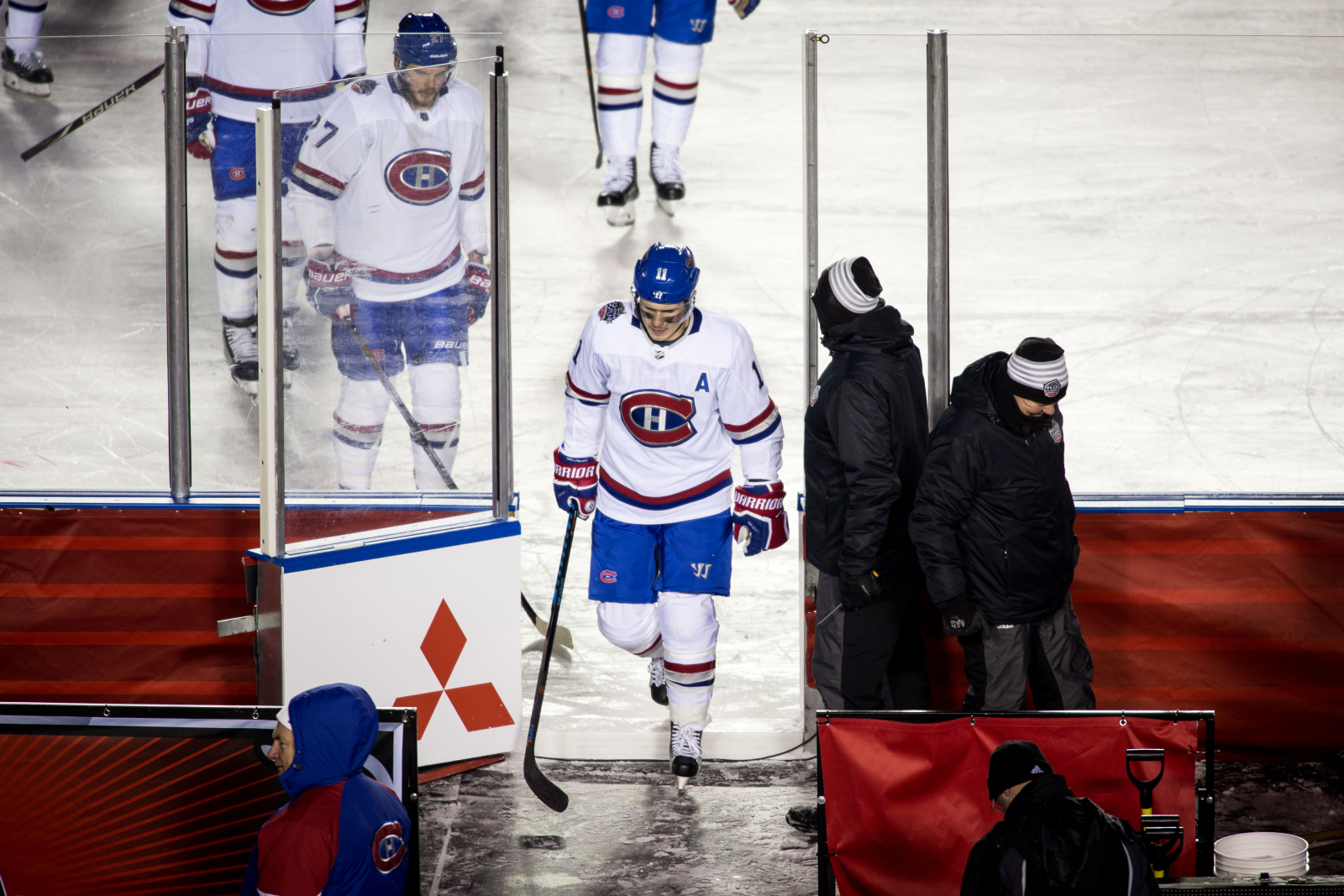 Brendan Gallagher leaves the rink along with the rest of his team after its loss. Photo by Alex Tétreault

The Ottawa Senators' have a quick celebration after the empty net goal by Nate Thompson, sealing the game.