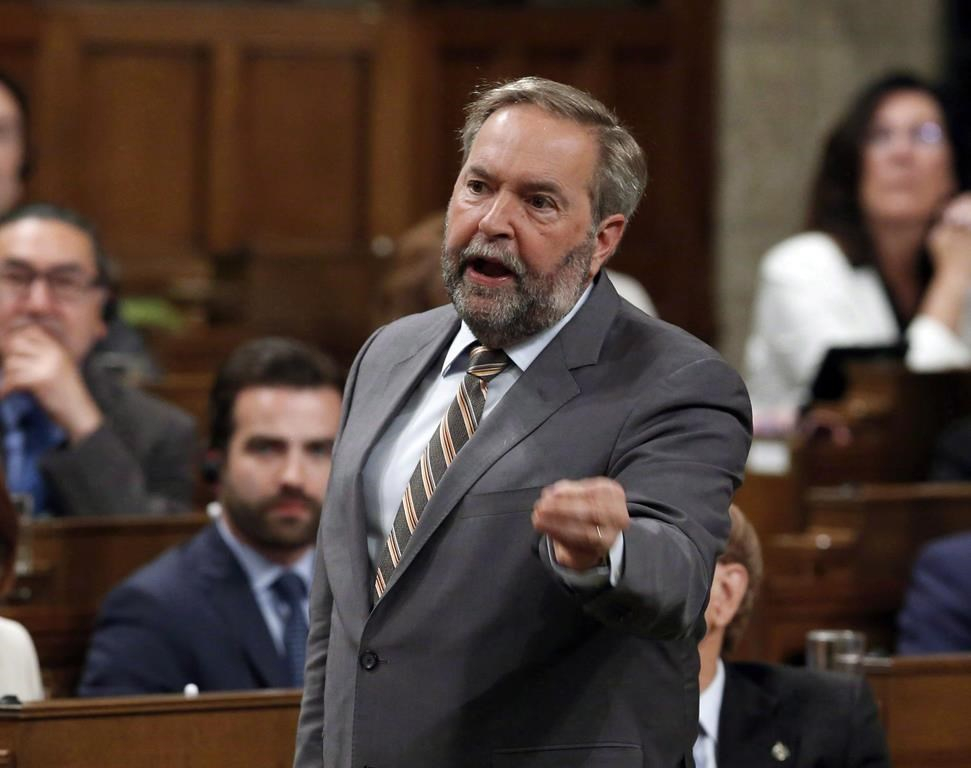 NDP Leader Tom Mulcair stands in the House of Commons during Question Period on Parliament in Ottawa, on June 7, 2017. Former NDP leader and Quebec MP Mulcair is expected to resign in the new year. File photo by the Canadian Press/Fred Chartrand
Previous story
Next story

Former NDP leader Tom Mulcair is expected to resign as a Montreal MP in the new year.

A spokesperson for the New Democrats confirms Mulcair plans to depart after the spring parliamentary session, adding that the date of his resignation will be announced in the "near future."

He is expected to take on a teaching role at a university but the name of the institution has not been announced.

Mulcair, a former Quebec Liberal cabinet minister, scored a stunning 2007 byelection upset for the federal NDP in the Montreal riding of Outremont, until then a Liberal stronghold.

He became leader of the NDP in 2012 in a contest sparked by the death of Jack Layton, who'd led the party to official Opposition status for the first time in its history.

But six months following disappointing election results in 2015, when the party dropped back into a distant third place, Mulcair became the first federal leader ever rejected by his own party members in a leadership review vote.

Jagmeet Singh took over the helm of the party this fall.

Mulcair's departure is expected to spark a fierce byelection contest in Outremont, with the governing Liberals eager to reclaim their one-time bastion.

NDP Leader Tom Mulcair plans to stay with party 'for the long haul'.