The growing environmental pitch for ditching the straw 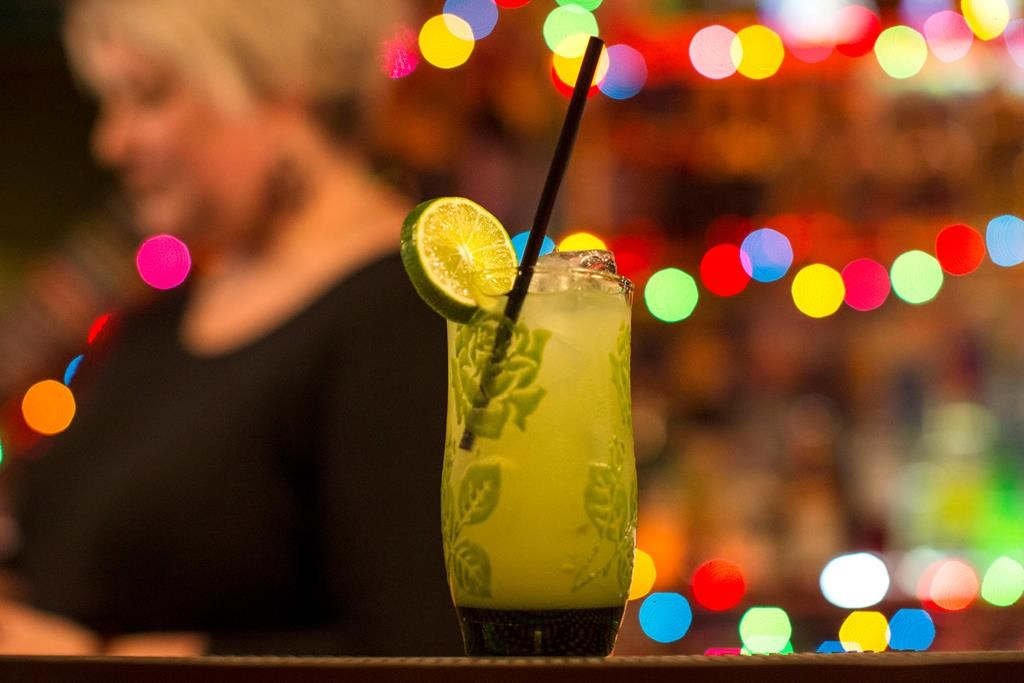 Bar owner Rachel Conduit stands by a drink in a glass containing a recycled straw in Toronto's Farside bar on Tuesday, December 5, 2017. File photo by The Canadian Press/Chris Young
Previous story
Next story

This holiday season, cocktail hour could really suck for the straw industry.

That's because some establishments are ditching plastic straws as public backlash grows against the ubiquitous convenience — a seemingly innocuous tool that has become emblematic of the world's plastic pollution problem.

Customers like 31-year-old Courtney Ch'ng Lancaster are leading the charge, by asking wait staff at the bars and restaurants she visits to not bring her a straw.

She says she's trying to reduce the overall garbage she produces, and believes these little gestures are finally starting to get some traction.

"This year was the first year I feel like a server went, 'Absolutely, we're totally on board with that.' A couple of times I've had that response. And that tells me, 'Oh, they've heard about this, it's now becoming a thing,'" says the Toronto actress, who has also emailed bars she frequents to suggest they limit straw use.

But she's certainly far from alone in her crusade.

Two years after a video of a sea turtle impaled by a straw turned up on YouTube, the campaign to eliminate straws seems to have hit a new level of mainstream awareness.

Establishments now run the risk of being shamed on social media for serving a glass of water with a straw, and as more businesses make changes, those lagging behind risk appearing out-of-step with the times.

Bar owner Rachel Conduit admits she caught on to the movement a bit later than she'd like, but says she recently switched to biodegradable straws at her two Toronto bars, Handlebar and Farside.

She's also told her staff to stop habitually putting straws in mixed drinks, and only leave them on the bar for customers to grab if they want one.

"The reason it took so long is the places I think where bars and restaurants often go to buy straws just don't stock (biodegradable versions). So you have to go out of your way to order and find and source and get them delivered," says Conduit.

They are more expensive — she says 3,000 biodegradable straws cost her more than $100, while the same amount from her local cash-and-carry run less than $20.

Conduit chalks that up to the cost of doing business, and guesses it would be offset by using fewer straws overall. Before the switch, she says the bars would go through 400 to 600 straws a month.

But she doesn't see the day when people will ban straws altogether.

"Some people love their straws. They have nice lipstick or they have sensitive teeth. I think people will always use them."

Food service consultant Geoff Wilson agrees. Despite the social pressures and greater awareness, he says cost is still the determining factor in how most businesses choose to operate.

While it might be relatively easy for a small, independent outlet to make the switch — with bars especially able to fold increased costs into the price of fancy cocktails — he doubted the broader industry would go biodegradable. Large chains, especially, would have a hard time, he suggested.

"Take the cost of one straw — the differential — and multiply that by millions of straws," says Wilson, principal at fsStrategy Inc.

"The implication is pretty significant for margins for an operator. And operators' margins are getting squeezed by everything else, including rising labour rates in Ontario. It's going to be a real tough sell to get an operator to say, 'Sure, I'll go with a paper straw at 50 per cent more or whatever the amount is.' It's not going to happen."

He also doubted a consumer would pay more for a fancy straw.

"And quite honestly, it's pretty hard to drink a smoothie or an Iced Capp or whatever without a straw while you're driving in the car. Unless you want to wear it."

Nevertheless, at least one big Canadian franchise has jumped aboard.

Boston Pizza switched to biodegradable straws from plastic straws in January 2017, says spokeswoman Alexandra Cygal, noting it's part of a broader strategy to switch all packaging to more eco-friendly versions.

"Across our 380 restaurants in Canada, each restaurant might go through an average of maybe over 120,000 straws a year. So that's a huge impact," says Cygal.

She calls it "a bigger hurdle" for bigger brands to pull off, especially a franchise business like Boston Pizza in which each restaurant is owned by a franchisee. She acknowledged that the added costs are passed down to those individual store owners.

"We want it to be great for the environment, and definitely the kind of responsibility that we bear, we also want to be sure that the costs aren't too high because we're passing those down to the franchisee."

There's certainly an opportunity for some businesses to market and build their brand by appearing eco-friendly, says Phillip Jacobsen of the online compostables retailer Greenmunch, based in Sherwood Park, Alta.

He says his paper drinking straws have been a bestseller for over five years, with the biggest growth in the past year.

While half of his business traditionally comes from individuals buying for parties, weddings, and special events, he says there's growing demand from restaurants, bars, hotels, caterers and larger events.

And these days, new businesses seem more likely to consider their eco-profile and work it into their brand, says Jacobsen. It doesn't hurt that colourful paper straws photograph well and lend easily to Instagram and other social media promotion.

Jacobsen says his corn straws also sell well, but he notes they must be diverted to a commercial compost facility in order to fully break down. That can be hit and miss, depending on the city you live in, he adds.

In Toronto, Jennifer Wright of the advocacy group Green Shift bemoans a lack of support from some garbage haulers, noting she routinely hears complaints about collectors who refuse to believe their disposables are genuinely compostable.

"The East Coast, for example, seems to be much more progressive in trying to really work with the compost facilities and support this, whereas in Toronto they love to just constantly say, 'No,'" says Wright, president of Green Shift, which also distributes eco-friendly products including biodegradable straws.

"Some places sell fake biodegradable and what happens is that it tarnishes everything because then the waste hauler will say, 'Forget it, it's all going to go to landfill.'"

But making the switch is still worth fighting for, she says.

"Don't get discouraged if you can't put it in compost right now, you have to realize you're part of the change," says Wright, who supplies most universities across the country as well as companies including Air Miles, HomeSense, Winners and Canadian Tire.

"We have so completely bought into this feeling that we deserve convenience as if it doesn't cost something," she says.

"I do think small changes lead to bigger changes."