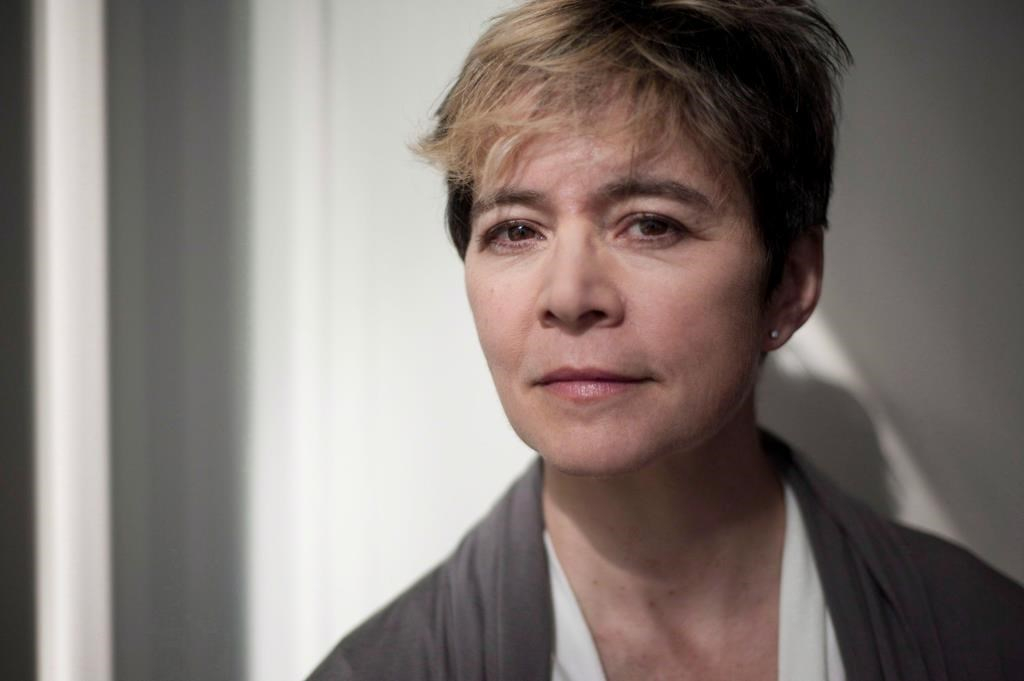 Author Ann-Marie MacDonald poses for a portrait in Toronto as she promotes her new book "Adult Onset" on Thursday, Sept. 25, 2014. File photo by The Canadian Press/Hannah Yoon
Previous story
Next story

Acclaimed writer Ann-Marie MacDonald says leaders at the Soulpepper Theatre Company "bullied and harassed" her after she raised concerns about a fundraiser that auctioned dinners with a cast of actresses.

Without their knowledge, the women who starred in "Top Girls," were "sold" to the highest bidder by Soulpepper organizers under the guise they were willing participants, MacDonald alleged in an interview Friday.

It led the author of 1996 novel "Fall on Your Knees" and former host of CBC's "Doc Zone" series to raise the issue first with the theatre company and then with her union.

"I was outraged, personally, and on behalf of my colleagues," she said while recounting the incident, which happened nearly a decade ago.

"To my mind, not only was it an egregious infraction of (union) rules, it was unbelievably disrespectful, arrogant and presumptuous."

MacDonald said she decided to come forward after hearing about the sexual assault and harassment allegations levelled against Soulpepper founding artistic director Albert Schultz earlier this week. She was also motivated by Soulpepper's recent decision to sever ties with longtime guest artist Laszlo Marton after allegations of sexual harassment surfaced against him in late 2015.

MacDonald was among the women starring in Soulpepper's 2008 version of "Top Girls," a British play about a career woman who celebrates her work promotion with a dinner party of prominent women from throughout history.

The all-female cast included an array of other Canadian actresses, including Megan Follows, Diana Donnelly and Robyn Stevan, a founding member of Soulpepper.

MacDonald was the production's equity deputy, responsible for raising workplace issues that arose among union members.

She said the cast had "a strong wish" to skip the dinners, although the actresses were concerned about repercussions.

Soulpepper leaders also discouraged her from contacting board members and supporters who purchased the dinners, she said, adding that she was "laughed off" by a board member when she raised her concerns.

Soulpepper did not immediately respond to a request for comment Friday.

Union representative Lynn McQueen said she told her that perceived volunteering, without getting actual permission from the participant, is outside the terms of an artist's contract.

Soulpepper ultimately issued an apology to the cast, MacDonald said, although the dinners went ahead as planned without her attendance.

Schultz resigned Thursday in the wake of four lawsuits filed by actresses against him and Soulpepper alleging sexually harassment.

None of their allegations have been tested in court and neither Schultz nor Soulpepper have filed a statement of defence. Schultz said he will "vigorously defend'' himself against the allegations.

MacDonald said her pursuit of answers wasn't tied to the most recent developments.

"I had no idea these things were happening in terms of the sexual assault claims and lawsuits," MacDonald said.

"I was simply doggedly, in my own small way, trying to pursue something that I thought, 'There's a loose end there.'"

MacDonald said she hopes adding her story to the voices of other women who have worked at Soulpepper will help in the long run.

"If we are really talking about a healthier and new era, I think I have something to contribute about the importance of making links among different types of abuse," she said.

"If I can be brushed off, stonewalled, laughed at by a board member when I persisted in reporting what I knew I had to report ... Just imagine how a 24 (or) 25-year-old woman feels fresh out theatre school."