'Risk of bear mortality:' Study finds people, not roads, bug grizzlies the most 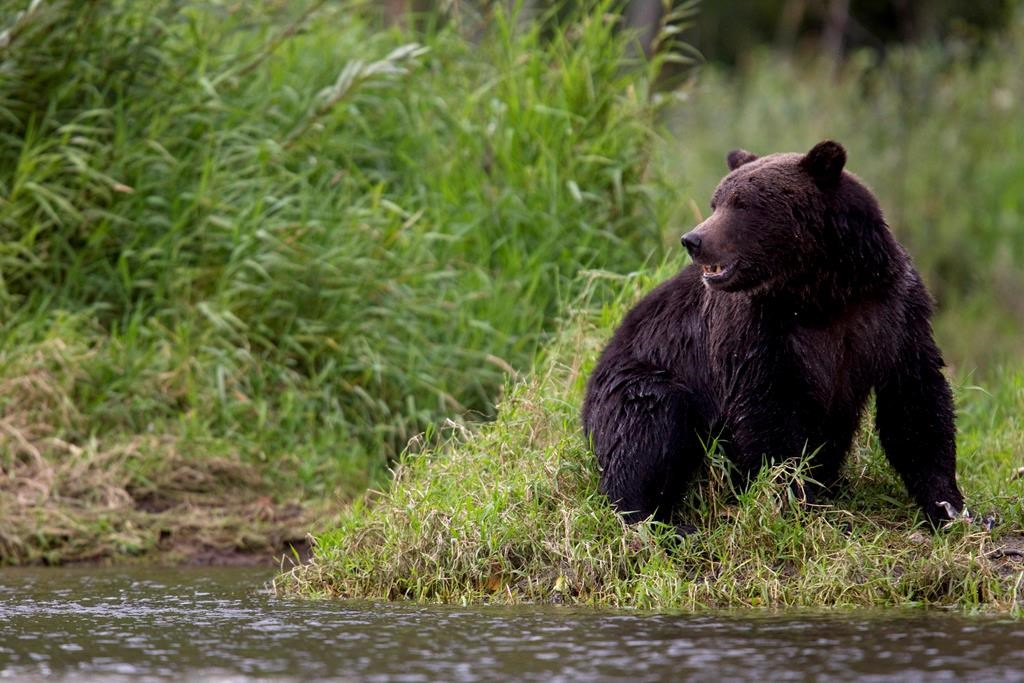 A grizzly bear is seen fishing along a river in Tweedsmuir Provincial Park near Bella Coola, B.C. on Friday, Sept 10, 2010. File photo by The Canadian Press/Jonathan Hayward
Previous story
Next story

It's not necessarily the roads in the backcountry that bother grizzly bears. Sometimes, it's the people on them.

That's one of the conclusions of new research from the University of Alberta — and it could have big implications for resource development.

"There's no doubt that roads themselves are probably not that bad for bears," said Clayton Lamb, a University of Alberta biologist and co-author of a paper published Tuesday in the Journal of Applied Ecology.

Lamb and his colleagues used DNA marking to study the movements of 74 grizzlies over 8,000 square kilometres of wilderness in southern British Columbia between Oliver and Castlegar. They were trying to assess the relationship between road density and bear populations.

Previous studies concluded that anything higher than 0.6 kilometres of road per square kilometre was linked with declining numbers. But Lamb said that figure mostly concerns cub survival and habitat use.

The study Lamb was part of confirmed more roads do mean fewer bears. Grizzlies were about three times as common where road density was beneath the threshold, given equal habitat quality.

"Roads and the humans that travel on them do increase both the risk of bear mortality and the chance that a bear won't use that habitat any more," Lamb said.

Bear hunting has been banned in the area for 20 years, but bears avoid humans nonetheless, Lamb said.

Even the narrowest trail has a broad effect.

"That little road might only be five metres wide, but its area of influence is much, much more than that. Bears will avoid large areas around roads."

The study found numbers highest in areas of high-quality habitat where there were no roads at all.

But keep the public off resource roads and grizzlies rebound. Industry use of such roads is sporadic. Public use is regular.

Densities where public access to roads was closed recovered 27 per cent — "closer to as if those roads weren't really there."

Lamb said the study has powerful lessons for resource companies and wildlife managers.

First, concentrate roads in areas that aren't as attractive to grizzlies and keep them out of places bears love best — alpine and subalpine areas with big berry patches and high-elevation avalanche chutes.

"A lot of those areas aren't very appealing for timber harvest," said Lamb. "Keeping roads out of there also shouldn't be a big inconvenience."

Next, close old resource roads to the public.

"If we manage access to some of those roads, we can reduce the negative of them."

"Once people are used to driving a road, they are very resistant to letting it go."

Do all that, and grizzlies will be able to live much more easily alongside industry, said Lamb.

Where was the editor?

Where was the editor?