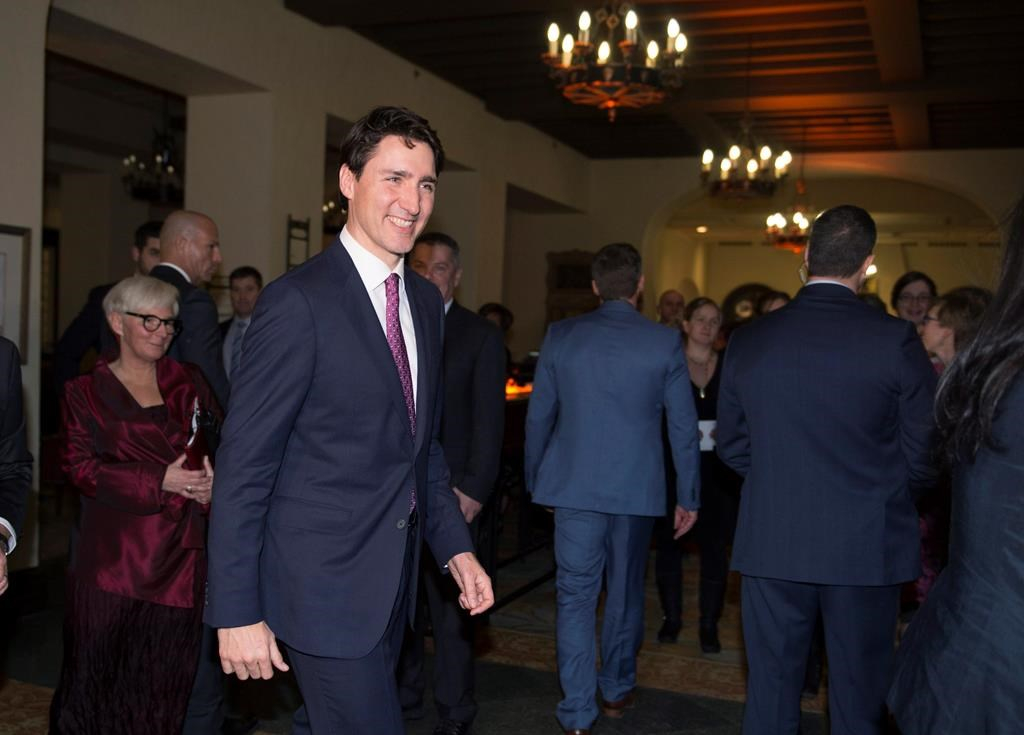 The G7 summit taking place in Quebec's Charlevoix region later this year is an opportunity to have "frank and open" discussions on environmental and economic issues, Prime Minister Justin Trudeau said Wednesday.

"The region represents the message that Canada sends to the rest of the world: that it is not only possible but necessary to find a balance between economic growth and protecting the environment," Trudeau said in a brief speech in La Malbaie, the small resort town northeast of Quebec City that is preparing to host the international summit in June.

Trudeau stopped by the picturesque town to attend a gala hosted by the local business association, where he was presented with an award for his role in bringing the G7 to the region.

The summit "is an opportunity for us to have frank and open conversations in order to build a greener, more equal and more prosperous world," he added.

Canada holds the G7 presidency for 2018 and the government has listed gender equality, clean energy and preparing for the jobs of the future as some of the themes of its tenure.

Trudeau said he chose the Charlevoix region to host the international meeting because he wanted world leaders to experience the area's famous hospitality.

Security is expected to be high when leaders gather in the town given the summit's tendency to attract large demonstrations, which in the past have sometimes led to violent clashes with police.

Organizers have sought to include residents, merchants, and other local stakeholders in the planning for the event in an attempt to foster co-operation.

In addition to perimeters and barricades, the RCMP has said the security team will also set up a "free speech area" where people will be allowed to peacefully protest the summit.

On Thursday, Trudeau is scheduled to be in Quebec City, where he'll meet with the city's mayor and answer questions from the public at a high school as part of his cross-country town hall tour.

The prime minister has already held public meetings in the Halifax area as well as in Hamilton and London, Ont.

He has said the gatherings give him more time to explain his positions than he'd typically have when answering questions from media or during question period.