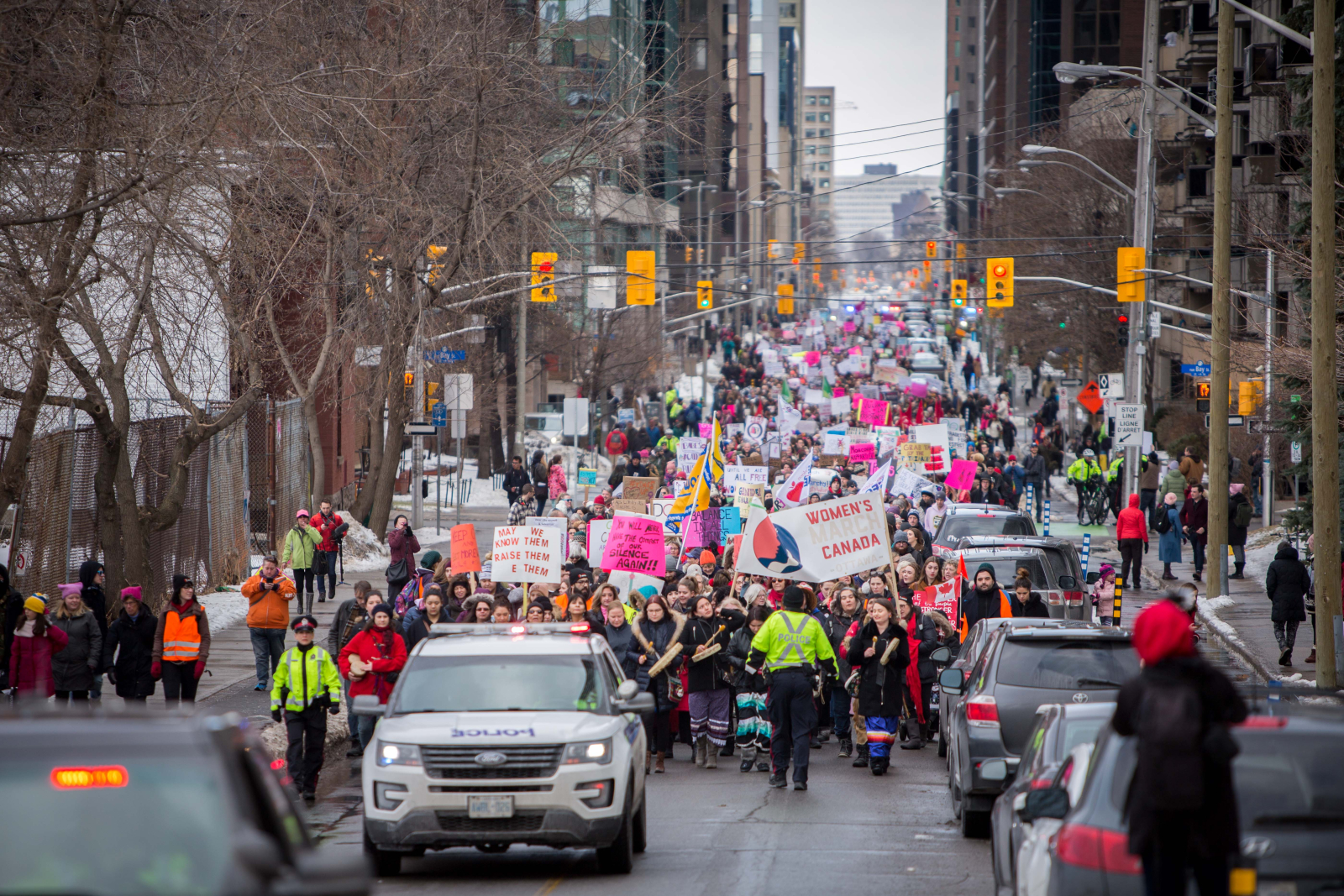 Between 6000 to 8000 people took to the street in Ottawa's chapter of the 2018 Women's March. Photo by Alex Tétreault
Previous story
Next story

Exactly one year after President Donald Trump's inauguration, hundreds of thousands of women and men took to the streets across the continent on Saturday to send him another message.

Canada's capital was no exception, with up to 8,000 people marching to stand in solidarity with women and human rights groups against the Trump administration.

The 'very stable genius' tweeted about the event himself, perhaps not fully understanding what it was all about, perhaps goading: “Beautiful weather all over our great country, a perfect day for all Women to March. Get out there now to celebrate the historic milestones and unprecedented economic success and wealth creation that has taken place over the last 12 months. Lowest female unemployment in 18 years!”

To the north, the Ottawa event was a family-friendly affair, with many children present, as well as dogs and a gallery of bright colours, much to this photojournalist's delight.

The crowds spent about 90 minutes on Parliament Hill, listening to speakers before stepping off for the march, walking westward on Wellington Street, turning south on Bank, then west again on Laurier, to reach Bronson street. They later made their way to the Bronson Centre to hear more speakers and performances.

The bells on Parliament's Peace tower belted out its daily longer noon set, drowning out some speakers as they usually do for every event scheduled at this time.

In the end, everything went off smoothly, the police reported no incident, despite a two man counter protest to make sure men's rights were not forgotten.

Women's March, 2018 edition in images. Thousands of people take to the streets in solidarity with their American counterparts.

Women's movement has come a long way since their march on Washington: Activists

"...The RCMP's assault rifles are now a standard sight on Parliament Hill, even if the event is a peaceful family-oriented one, and the Women's March was no exception..."

Either you have evidence from government policy or you are normalising something very non-Canadian. Which is it?