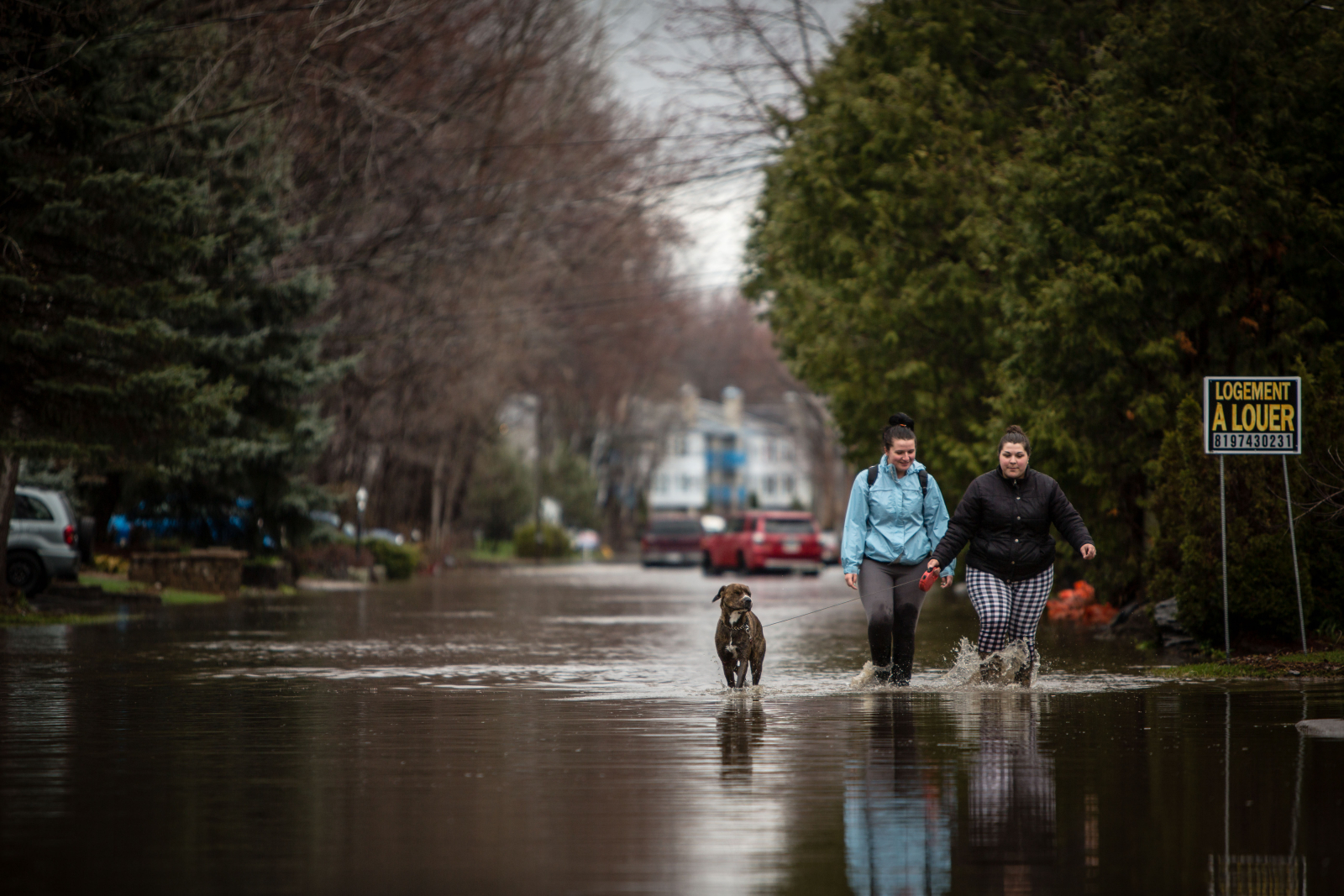 Boulevard Hurtubise in Gatineau was in one of the areas affected by the rising water levels of the Ottawa River that caused flooding in April 2017. File photo by Alex Tétreault
Previous story

If it seems as if the weather's getting weirder, you're not wrong.

An index of extreme weather in Canada compiled by the insurance industry backs that up.

"Yes, we see definite trends that can't be explained by normal variability," said Caterina Lindman of the Canadian Institute of Actuaries.

The institute compiles what it calls the Actuaries Climate Index, a joint effort by insurance organizations across North America. It recently released its latest quarterly update — up to spring 2017.

The index begins with a 30-year average taken from 1961 to 1990 of everyday weather conditions such as temperature, precipitation, wind speed and sea level. Thresholds are set for each of those based on the top 10 per cent of readings.

For an average month, for example, about three days would be in that 10 per cent.

Using data provided by the U.S. National Oceanic and Atmospheric Administration — one of the top American government science organizations — the index then counts how many days actually exceed that threshold. The index plots the results for every three-month period since 2016.

The method reveals a slow, gradual increase in extreme weather.

The overall Canadian index indicates that during the entire three decades between 1961 and 1990, extreme weather fell outside the range of normal variability only five times. In the last 10 years, however, that happened 12 times.

Temperatures have been climbing.

Across Canada, hot days have exceeded the normal number every quarter since the winter of 2015. The number of cold days hasn't exceeded normal for nine years.

It's getting wetter, too. Across Canada, the average number of days with heavy rain or snow has been outside the norm since spring 2013. In Ontario and Quebec, it's been since winter 2008.

It's harder to draw conclusions about wind for Canada as a whole. Likewise for sea level — unless you live in the Maritimes, where sea level has been higher than the normal range for the last 12 years.

The findings correspond with data from Environment Canada, which suggests average summer temperatures have climbed one degree since 1970 and precipitation has increased about five per cent.

Actuaries use the information in their calculation of risk as they insure lives and property, said Lindman. But they also do it to contribute to public debate.

"There's a lot of political angst around the issue of global warming and we're trying to be neutral sources," she said. "We're just adding our voice.

"We're in it for the long haul, so we are concerned for the sustainability of our planet."