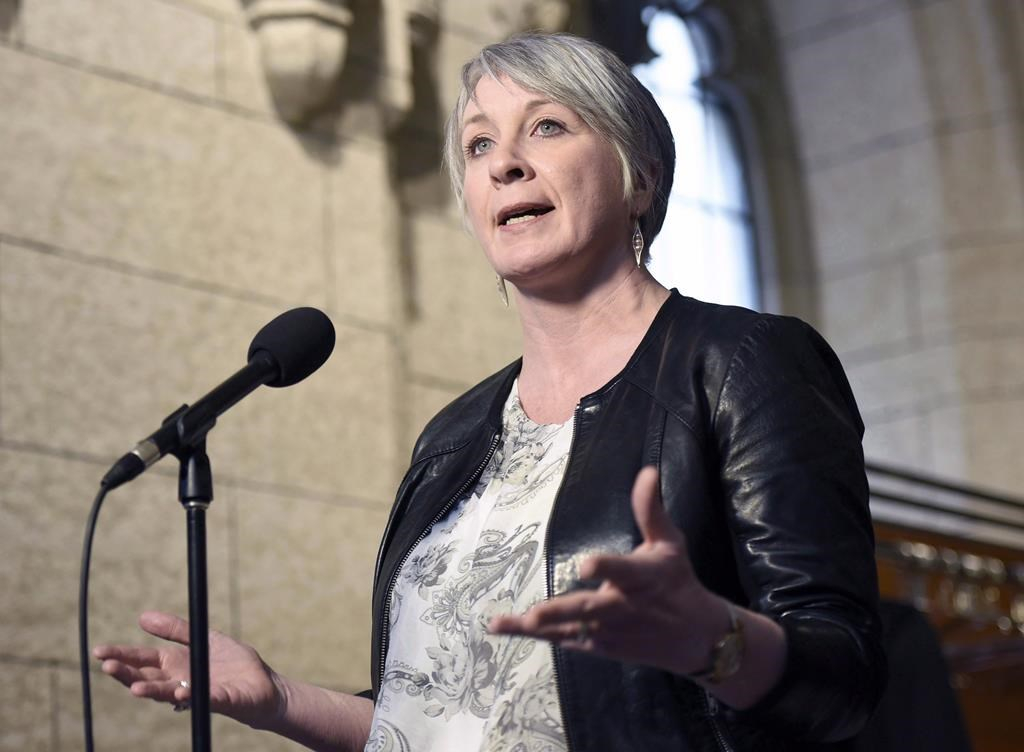 "It is not about beliefs or values," Employment Minister Patty Hajdu said Tuesday in Toronto. File photo by The Canadian Press
Previous story

The Liberal government has clarified what it would mean for organizations seeking youth summer job funding to prove they respect reproductive and other rights, but is standing firm on its decision to deny grants to groups advocating against abortion.

"I have reached out to many of the religious leaders across the country... to let them know that this is about the activities of the organization and the job description," Employment Minister Patty Hajdu said Tuesday in Toronto.

"It is not about beliefs or values."

Employment and Social Development Canada, which oversees the Canada Summer Jobs program that created nearly 69,000 temporary jobs last year, added a section on its website Tuesday further explaining the language — and the intended goal — of the controversial new requirement.

The Liberals have said that faith−based organizations are welcome to seek federal funding to create summer jobs for youth, but they and all other applicants are being asked to attest to their respect for sexual and reproductive rights — including "the right to access safe and legal abortions" — as well as other human rights.

That stipulation, as outlined in the application guidelines, concerns both the job activity and the core mandate of the organization.

Many churches and other religious groups have said that forces them to choose between their spiritual values and funding that helps run summer camps and other activities that have nothing to do with abortion.

The change to the website is meant to address those concerns.

The core mandate, the website says, refers to "the primary activities undertaken by the organization that reflect the organization’s ongoing services provided to the community.

The website further clarifies what it means when it refers to "respect" for those rights.

"Individual human rights are respected when an organization’s primary activities, and the job responsibilities, do not seek to remove or actively undermine these existing rights," it says.

Beyond that, Hajdu said Tuesday the Liberal government is prepared to defend its decision against legal challenges, on the basis that Canadian law protects citizens from discrimination.

The government received complaints last year that summer job funding had been given to summer camps that refuse to hire LGBTQ staff and groups that distribute graphic anti−abortion pamphlets, Hajdu said.

"We took those complaints seriously and this is the decision that we’ve taken, that in order for organizations to receive funding they have to affirm that they will not work to undermine the rights of Canadians," she said.

The statements are only words

The statements are only words. The attestation has no business on the application.

The progressive agenda is a dangerous move giving the power under new legislation when the Charter of Rights and Freedoms already provides an avenue for the government to refuse funds.

Beware of the Liberals agenda!

Seems pretty simple to me

Seems pretty simple to me John...and I do think its because we came to understand the Harper agenda, but a bit late in the game, that the Liberals are choosing to be explicit. You must remember all the tax audits Harper did on progressive organizations like the Council of Canadians....in order to muzzle them.

As far as I can remember, none of the outfits like Greenpeace or Sierra Club had anything to say about what women could or could not do with their bodies, or what the sexual preferences had to be of people who chose to join.

So you'd have us beware a Liberal agenda of protecting the rights of women and sexual minorities (I suspect white nationalist efforts might be similarly defunded), after years of watching a Conservative government actively muzzle and defund real science.........and citizens concerns for environmental regulation??

I suspect your objections might be partisan.....but I also suspect the Liberals are being very astute on this one. TIME'S UP....as people all over North America are saying. If you want to hand out anti-abortion leaflets, you're going to have to fund it yourself....and expect blowback.

Heard the minister on CBC

Heard the minister on CBC last night, and agree 100%. I'd like the rules even stronger, because I suspect that during the Harper years money found its way to many right wing organizations whose mandate was in part the erosion of rights they consider 'wrong'......yes, abortion is the obvious place where women's second class status gets solidified, but sexual orientation is also another biggy for those who know the mind of the deity. In the past church groups actually created organizations to cure gays and lesbians of their 'illness'

It might be interesting to search the archives to see if that happened in Canada...and if it did, who funded them. But going forward, let's make it clear that you don't get government help to create summer jobs that seek to perpetuate old ways of thinking...and old techniques for excluding or demonizing those who do not share your opinions.

To call the subordination of women, or the exclusion of sexual orientations other than the hetero, faith based matters is itself a bit rich, in my opinion. And in the spirit of all those folks bending over backwards to defend their right to 'free speech' on these matters..........I['m going to say it out loud.

Faith has nothing to do with discrimination, intolerance, or the arrogance with which some of us wade in to demonstrate against the rights of others.

And while I"m on this rant, why not exclude junk science proponents as well. Astro turf flat earth societies like The Friends of Science have no place in government programs either. It's going to be hard enough for our young to find jobs...we don't need to harness them with pseudo-scientific faiths on top of everything else they will face in the future.