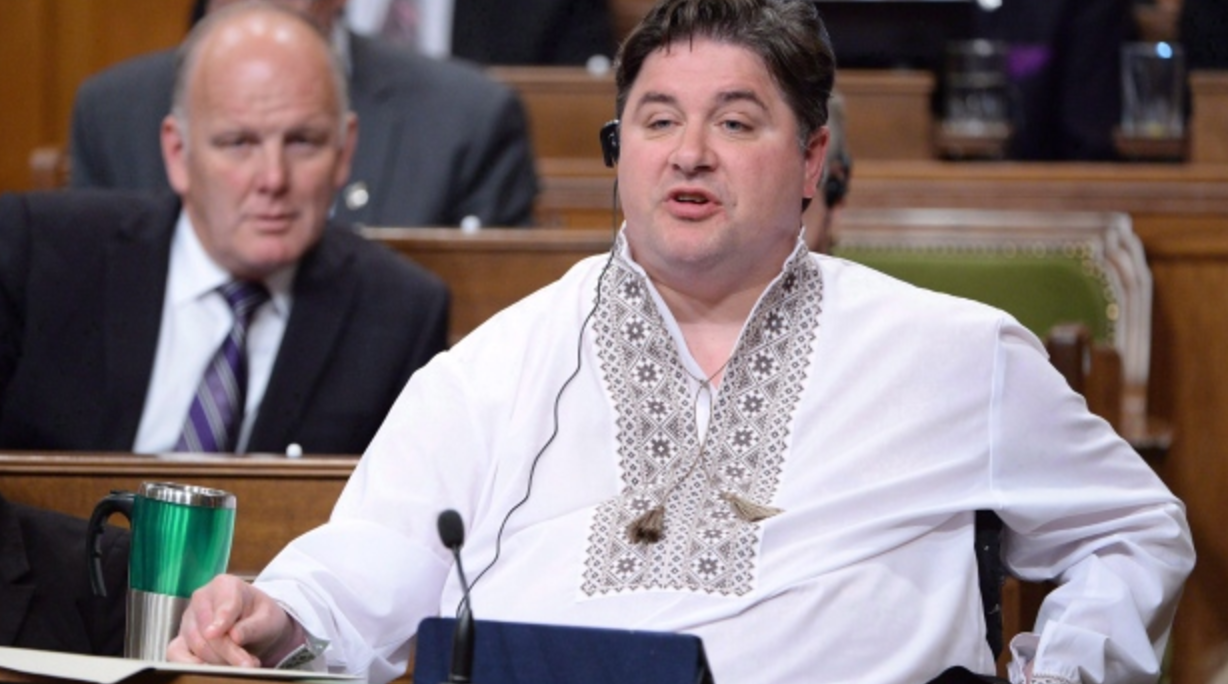 Minister Kent Hehr speaks in the House of Commons in Ottawa on May 19, 2016. Hehr resigned from his cabinet duties on Thurs. Jan. 25, 2018 amid allegations of misconduct towards female staff. Photo by The Canadian Press
Previous story
Next story

Minister for Sport and Persons with Disabilities Kent Hehr has stepped down from his responsibilities in cabinet while the federal government investigates allegations that he has behaved inappropriately toward female staffers.

In a string of tweets on Wednesday night, Alberta public servant Kristin Raworth accused Hehr, the member of Parliament for Calgary-Centre, of calling her "yummy" during his time as an MLA. She said women were warned about being alone with him in the legislature.

My poltical #metoo movement @kinsellawarren . I’ve debated this. But that’s the power of sexual harassment. My first day working at the Alberta legislature I was told to avoid being in a elevator with Kent Hehr. He would make comments. He would make you feel unsafe https://t.co/Wm0pDWLvwZ

In a statement, Hehr said the conversation about sexual harassment and assault is a "very important one." He encouraged all women who have felt "uncomfortable or who have experienced harassment of any kind" to come forward.

Harassment is never acceptable, he added, and everyone deserves to have their voice heard. His statement did not include a denial of the allegations against him.

"Throughout my career I have always tried to conduct myself with respect towards others, and I understand the most important thing is how each individual feels. I have been informed that an investigation into these allegations has begun and I welcome and respect this process," he said.

"While this is ongoing, I have resigned from Cabinet pending the outcome of the investigation. I do not want to be a distraction to all the good work ‎being done by our government."

Hehr confirmed that he will stay on as MP for Calgary-Centre and continue to carry out his duties to his constituents.

Trudeau condemns harassment in all forms

Prime Minister Justin Trudeau said he accepted Hehr's resignation from his ministerial duties on Thursday afternoon. Science Minister Kirsty Duncan will take over Hehr's portfolio during his leave of absence.

“Harassment of any kind is unacceptable and Canadians have a right to live and work in environments free from harassment," said Trudeau in a press statement. "As a government we take any allegations of misconduct extremely seriously, and we believe that it is important to support women who come forward with allegations and that is exactly what our government will do.

"One of the first things we did when we formed government was to put in place rigorous processes to address allegations. This is the same approach that was taken when I became leader of the Liberal Party. Having a process that can address these allegations while at the same time offering support and a safe space for those who come forward is important and something Canadians expect."