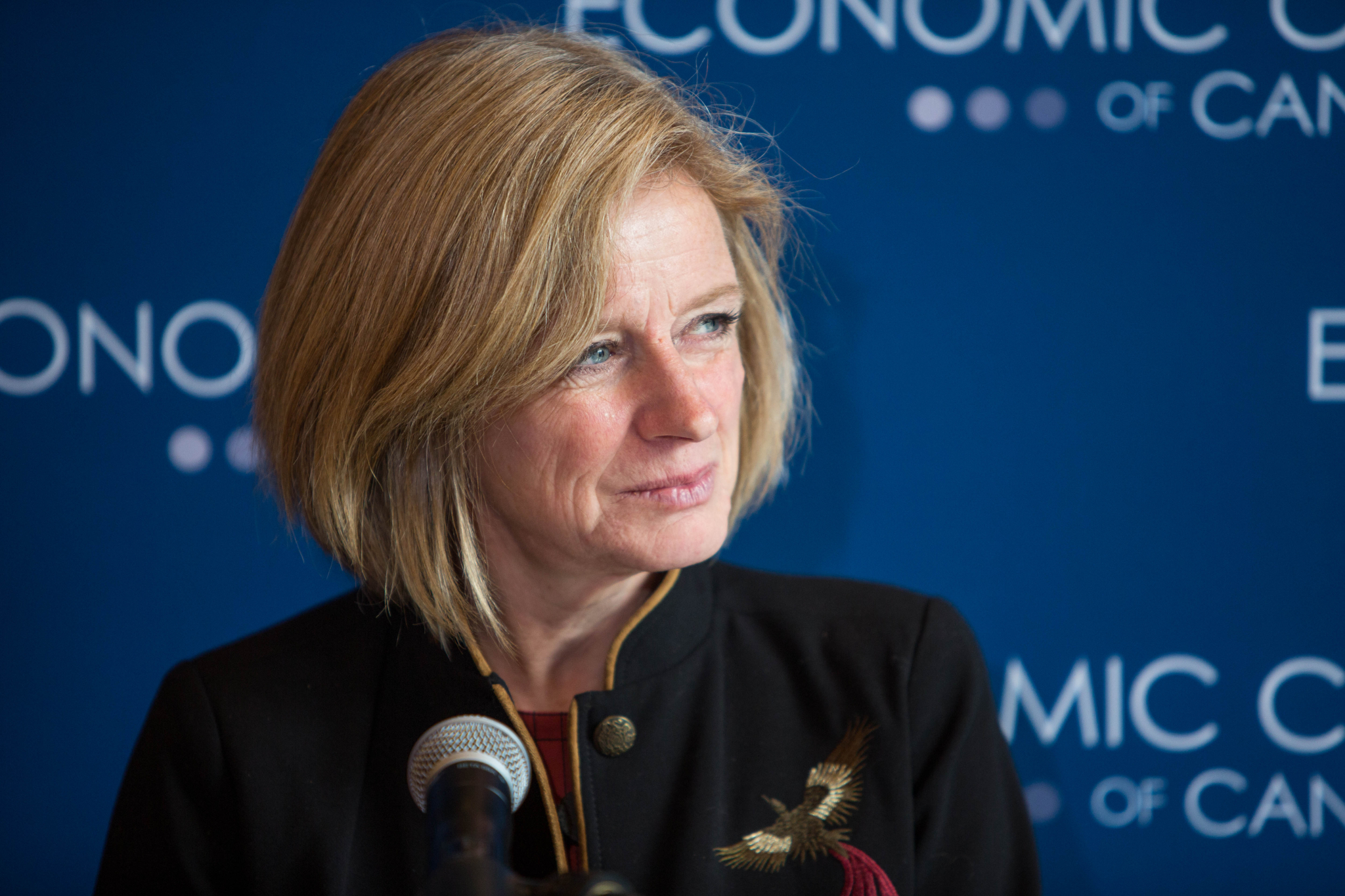 Alberta Premier Rachel Notley says there will be consequences for British Columbia over the province's latest attempt to hinder expansion of the Kinder Morgan Trans Mountain oil pipeline.

Notley held an emergency cabinet meeting Wednesday to discuss what legal and economic levers Alberta can pull in its spat with its neighbour to the west.

"The government of Alberta will not — we cannot — let this unconstitutional attack on jobs and working people stand," she said before the closed-door meeting.

"I've called you all together today at this emergency meeting to discuss and evaluate the range of economic and legal options that are available to us including, for example, interprovincial trade in electricity."

B.C.'s Environment Minister George Heyman said Tuesday that the province plans to ban increased shipments of diluted bitumen off its coast until it can determine that shippers are prepared and able to properly clean up a spill.

The B.C. government says it will establish an independent scientific advisory panel to study the issue.

Notley said the pipeline expansion has already been approved by the federal government.

"Just because the B.C. government, in coalition with the Green party, doesn't like the decision gives them absolutely no right to ignore the law or ... change the rules at halftime based on a whim," she said.

"Our economies, the economies of the two provinces, are closely linked. Billions of dollars of goods cross our borders every year. Hundreds of thousands of jobs depend on good trading relationships.

"But I believe ... that we owe it to Albertans to do everything within our power to defend our jobs and our economic security and we will not waver in this fight."

Heyman said B.C. and Alberta simply disagree on the issue, but they should deal with their differences respectfully.

The B.C. government has a right and responsibility to implement regulations aimed at preventing catastrophic damage from a spill, he added.

"I'm simply concerned with doing my job, which is ensuring that we protect B.C.'s coastline, our environment and the thousands of jobs that depend on preventing irreparable harm to our coast," Heyman said on Wednesday.

Work needs to be done on building economies across the country that don't threaten those of other provinces, he added.

"I think it's important in Canada that we move forward and find ways to protect both our environments and our economies through co-operation and that's always my goal."

Federal Natural Resources Minister Jim Carr said in a statement late Tuesday that Ottawa stands by its decision to approve the Trans Mountain expansion and its commitment to protect the environment and the B.C. coast.

"The decision we took on the Trans Mountain expansion remains in the national interest," he said. "And it was a decision based on facts and evidence.

"This has not changed."

"The B.C. NDP are playing politics at the risk of thousands of Canadian jobs, future infrastructure projects, as well as investor confidence in our energy industry," he said in a statement. "We will support the government of Alberta in any actions against this political decision."

Opposition party leaders in Saskatchewan and Alberta also weighed in on the fight.

In Alberta, United Conservative Party Leader Jason Kenney said he has been telling Notley to fight back since the B.C. government took power in July.

"I'm delighted that the NDP government finally appears to be taking our advice to fight efforts to stop our resources from flowing to the West Coast," he said Wednesday.

Kenney suggested Notley needs to make it clear with concrete actions such as boycotting B.C. hydroelectricity or imposing tolls on B.C. natural gas flowing through Alberta to the U.S. He suggested that a final resort could be cutting off oil and gas supplies to B.C., which would raise the price of gasoline for consumers in that province.

— With files from Gemma Karstens-Smith in Vancouver

I guess it's time for any

I guess it's time for any Metro Vancouver real estate moguls to threaten Notley to cease and desist over profit hindrance, if that's the game that the east wants to play. And they should only drop the suit if Alberta agrees to reroute to Alaska. The new pipeline would certainly devalue coastal properties - it doesn't even have to spill! These moguls need high property values to profit; they're not stupid.

Again though, I'd rather not have a pipeline at all. Find another option.

I hope some BC lawyers find

I hope some BC lawyers find some legal angles to counter this particularly bad idea. I would still place my bet on the Natives. They have, on more than one occasion, come through in the end.
And, what's all this BS about provincial free trade? Why is it that we can't ship our distilled products into Alberta??

I find it rather ironic that

I find it rather ironic that the governments of BC, ON and PQ as well as NS are so terribly afraid of oil yet they allow sewage to be dumped into the Halifax harbour, the St.lawrence, offshore of both Vancouver and Victoria and into Lake
Ontario.

it seems that the AB and Sask

it seems that the AB and Sask. NDP parties are concerned about nothing but the unstable, often dangerous jobs the oil and gas industry offers, and not at all about environmental issues. Those jobs are rapidly decreasing as the industry finds ways to lose people and gain technological replacements for their jobs. We can no longer be blind to the fact of climate change and the need to rely less on this sector, not keep pushing for more pipelines, more oil sands development and more damaging fracking.