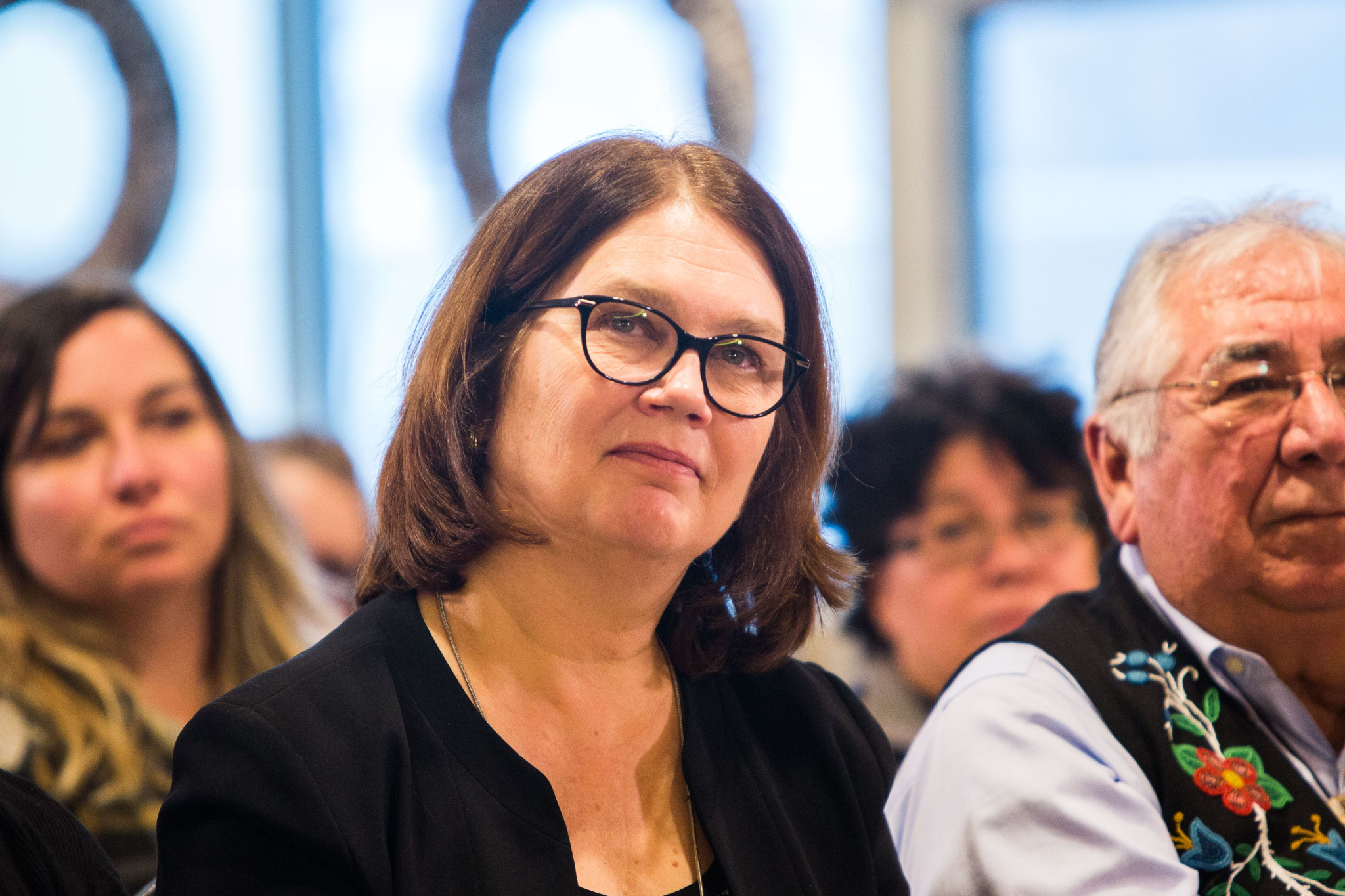 B.C. First Nations are preparing to start taking back care of their own children, using their own culture and laws, as the number of Indigenous kids in foster care across Canada has reached crisis proportions.

Less than eight per cent of all Canadian children under 14 are Indigenous but they comprise 52 per cent of all children in foster care in Canada — and nearly 65 per cent in British Columbia. The Census 2016 national numbers were cited by Jane Philpott, minister of Indigenous services, at a two-day emergency meeting late last month.

Statistics provided to National Observer by the office of B.C.’s Representative for Children and Youth Bernard Richard show that 117 children in care died in 2017, but it's not yet known how many of those require further investigation.

First Nations children thrive in their own communities, leader says

“We know that we need to keep our kids at home and we know that they thrive when they are connected to community and family and their language and their culture,” said Casimer, whose group’s leaders are on the B.C. First Nations Leadership Council along with the leaders of the Union of BC Indian Chiefs and the BC Assembly of First Nations.

“We have been looking after our children for centuries before any organization or any government came to be in this province. It’s an inherent right and we didn’t surrender it, we didn’t give it up. It was taken away by the imposition of colonialism and it’s time now that we take it back.”

Philpott called the emergency meeting to acknowledge the severity of the crisis and to try to shift the focus away from apprehension and toward keeping families together. In a speech, she linked residential schools and foster care, with children still being taken from their families and away from their communities, culture and languages. The federal government committed to six points of action at the meeting. Among them are a flexible funding model, a focus on prevention, support for communities to take on their own child welfare and creating a data strategy to keep track of Indigenous foster children.

A few days after the meeting, the Canadian Human Rights Tribunal released its fourth court order of non-compliance against the Canadian government for its racial discrimination against 165,000 First Nations children in terms of funding for child welfare. Philpott promised to fully implement the ruling.

Casimer says it will be necessary to reform or rewrite legislation – in partnership with First Nations – to achieve meaningful child welfare reform. Also, prevention dollars and money for infrastructure like safer housing, are needed, so that children can stay with their families.

B.C.’s Minister of Children and Family Development Katrine Conroy says her ministry is working on agreements with a number of First Nations communities that will ultimately allow them to take jurisdiction over their own child welfare.

“All of our First Nations leadership have said to us that they want to start the process to make sure that they take over the jurisdiction and start to take care of child welfare within their own nation,” Conroy said in an interview with National Observer.

Following the national emergency meeting, there was no joint statement between the provinces and the federal government, something that Richard, who was also there, found surprising.

“The Indigenous participants, who are spokespersons for Indigenous communities in their provinces were pretty unanimous in saying … we need to take responsibility and we’re prepared to take responsibility,” Richard said in an interview with National Observer. “It’s not like we’re hearing these things for the first time, so it was odd to me that they didn’t come up with something they could agree on. That raises a bit of a flag for me.”

The statistics are terrible and we need to do a better job, minister says

“We all believe that we need to do a better job. The statistics are terrible. We need to start looking at a different way of providing the service so we’re looking at prevention, as opposed to automatically taking a child away,” Conroy said. “We have to look at better ways of working with families, of preservation and making sure that children stay with their communities.”

One of the things the B.C. government is exploring is “custom adoptions,” Conroy said. The government has established an advisory council made up of elders and First Nations leaders who will explore this alternative type of adoptions in which a relative or elder might care for a child temporarily while a parent is unable to do so.

The B.C. government is also trying to increase the number of Indigenous employees at the children’s ministry and is hiring a new manager of Indigenous reconciliation in its Human Resources department, Conroy said. Also, Cabinet Ministers will be taking part in a full-day training session called the Village, which is about reconciliation and the history of residential schools in Canada, Conroy said.

All of this is directed towards Conroy’s goal of keeping Indigenous kids in their homes and out of care, she said.

“If we can keep a child out of care and keep them safe, healthy, happy and within their own communities with their extended family, that’s the goal we have to reach,” Conroy said. “The bottom line is there are too many Indigenous kids in care and we’ve got to change that.”

That can’t come soon enough for Richard, who says he has heard Philpott refer to the number of Aboriginal children in care as a “humanitarian crisis.”

“How long do you wait before you respond to a humanitarian crisis?” he asks. “Clean drinking water, housing, access to healthy food, child obesity, … very high suicide rates in First Nations communities … these are issues that … call for immediate action.”

“It’s not just a child welfare issue. You have to address the underlying causes,” he said.

The Canadian Council of Child and Youth Advocates, of which Richard is a member, called for “immediate and long-term action to address the social determinants of health for these children and youth, including adequate housing, elimination of poverty, improvements to infrastructure, and ensuring clean water and food security.”

Given the proper funding, Casimer says First Nations in B.C. are up to the challenge of caring for their own children.

“We know it’s not going to be easy, but there are nations right now sitting at tables with Canada and with British Columbia, who are working on their area of jurisdiction and ensuring that it is compliant with Indigenous laws and that it’s based on the foundation of their culture and who they are,” she said. “We applaud their efforts, but we need to see more of that.”

Prime Minister Justin Trudeau referred to Canada's relationship with its Indigenous people as a national shame. The Truth and Reconciliation Commission made child welfare the subject of its first five calls to action to redress the legacy of residential schools. Clearly, the time is now for B.C. and Canada to learn from the mistakes of the past, not just by transferring responsibility from one group to another, but by making sure the transfer is done compassionately, with a proper safety net and with adequate resources.

Tracy Sherlock writes about the B.C. government for the National Observer. Contact her at [email protected] with story ideas and tips.

It's about time steps are

It's about time steps are taken to correct items cited in this article. The sooner First Nations are given control of Child Care, Education the better. I applaud BC First Nations for showing leadership in this area. Also, applaud the BC Government in their actions taken to date.

I'm concerned on how committed the Liberals under Trudeau are to get the job done. It is moving much to slow. Equally important is for the Conservative and New Democratic to support the change; otherwise a change in government can potentially stop the effort.
Without total agreement the corrective action will take decades to complete,

Thank you for reading, John.

Thank you for reading, John. Hope progress is made!