There are climate solutions in our soil 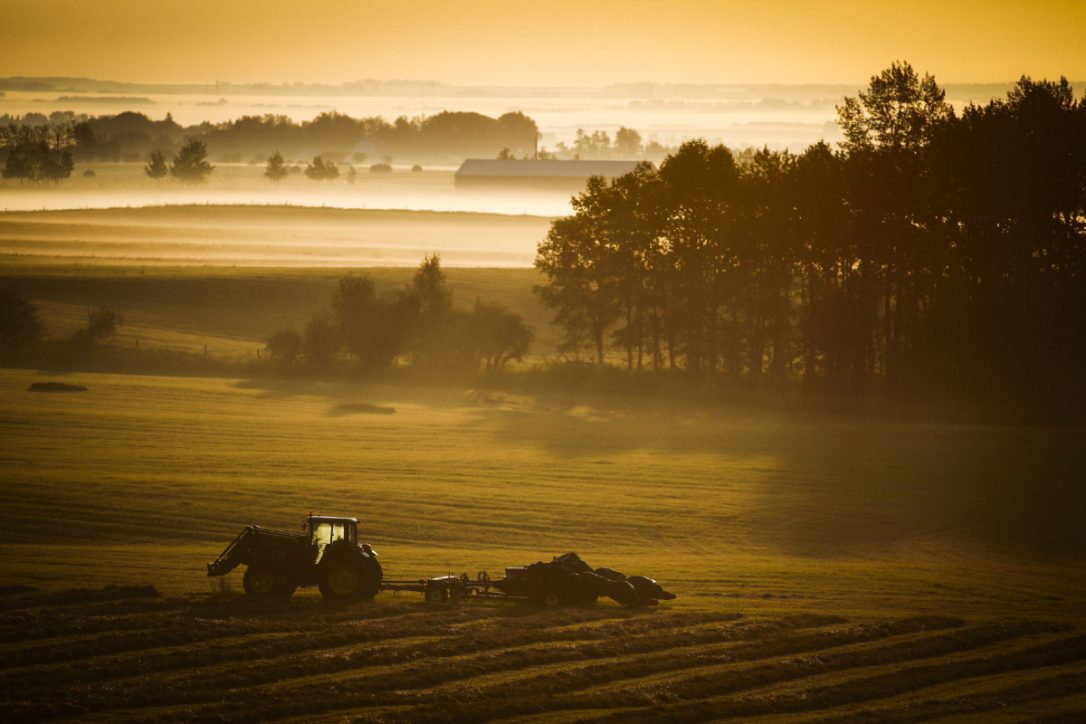 A farm tractor and baler sit in a hay field on a misty morning near Cremona, Alta. on Aug. 30, 2016. Photo by The Canadian Press
Previous story
Next story

If you’re looking for a way to combat climate change, look no further than your kitchen table.

Our food system accounts for approximately 20 to 30 per cent of human-made greenhouse gasses emitted globally, and most of those emissions are directly tied to agriculture.

Abstaining from eating for the sake of the planet is not an option, and fortunately it is not necessary. Numerous studies have found that organic farming methods reduce greenhouse gas emissions and increase energy efficiency in agriculture. By choosing to eat organically produced food, we can be a part of the climate change solution.

Organics beat out conventional agriculture with lower emissions and a smaller energy footprint. That’s largely due to the energy and fossil fuels needed to create the synthetic nitrogen fertilizer today’s conventional agriculture relies on so heavily. A recent study published in by the US National Library of Medicine and National Institutes of Health found that the use of synthetic fertilizers to grow wheat accounted for almost half of the global warming potential associated with creating a loaf of bread.

A decade ago, another study had already concluded that if Canada were to transition all of its canola, corn, soy and wheat crops from conventional to organic, crop production would: consume 60 per cent less energy on average; generate 25 per cent fewer global warming emissions; and release 80 per cent fewer ozone depleting emissions. Alberta — home to one-third of Canada’s agricultural land — could put a big dent in its carbon footprint by transitioning to organic agriculture.

Organic farmers tend to use cover crops and crop rotations in place of mono-cropping, and utilize compost and manure in place of synthetic fertilizers. These management techniques produce fewer greenhouse gases, require less energy and sequester carbon in the soil—an important part of soil health.

Multiple long-term agricultural studies published in 2012 (found here and here) by scientists at the U.S. Department of Agriculture (USDA) found that organic cropping systems had significantly higher levels of carbon in the soil than comparable conventional cropping systems. An analysis published by European researchers in 2013 found that agricultural soils under organic management were significantly more carbon-rich compared to those under conventional management.

Digging for answers in dirt

Alberta — home to one-third of Canada’s agricultural land — could put a big dent in its carbon footprint by transitioning to organic agriculture.

The newest study to examine the potential for organic agriculture to mitigate climate change was directed by Northeastern University in collaboration with The Organic Center. This study compared over 1,000 soil samples from across the United States and found that soils from organic farms store more carbon in their soils and do so for longer periods of time than soils from non-organic farms.

Industrial agriculture is depleting our soils. Improper soil management diminishes existing carbon stores, contributing directly to climate change — a trend documented by the International Soil Resource and Information Center last year. With the exception of the ocean, soils are the Earth’s largest carbon sink, storing 80 per cent of terrestrial carbon. Proper management of agricultural soils can increase the amount of carbon sequestered in the soil.

One shortcoming of the study was that it was unable to incorporate data on carbon sequestration, which limited the study’s ability to accurately assess the full climate impact. Research funding for organic agriculture is almost non-existent compared to the billions of dollars that have been spent to increase yields in conventional farming systems. This lack of funding has a very real impact on organic producers and translates into the yield reductions often observed between organic and conventional systems.

This is a great idea, but try

This is a great idea, but try farming organically in Alberta, when an oil and gas company has "right of entry" on your land, and can freely pollute your air, water and soil with multi-stage, high pressure hydraulic fracking. As one disgruntled Alberta farmer has stated, "We have no rights and no remedies." Even if you just happen to live in the general area of fracking, with no wells on your land, your environment is at risk. Pretty hard to raise organic food when your groundwater is contaminated. And urban dwellers in Alberta who think they are safe from these effects should think again. Water contamination with fracking is widespread and systemic, and the aquifers under fracked areas connect with river systems as well. Perhaps we should look at the long term National Interest, rather than just tomorrow's stock prices. Alberta does include one third of Canada's arable land, and we need to preserve that land for the present and future wellbeing of our people.