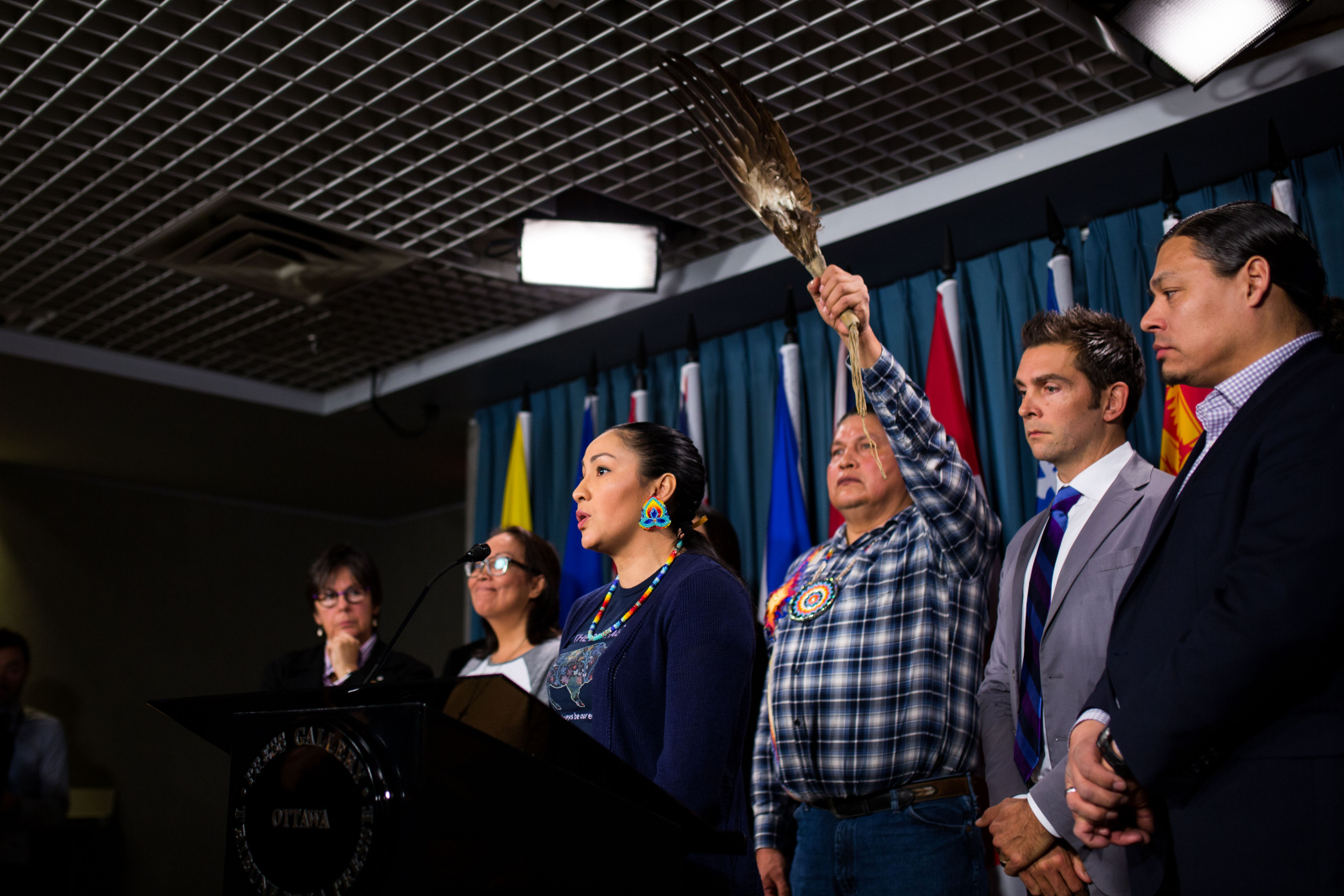 It was Halloween 1993 in Ronan, Mont., about 225 kilometres southeast of the Roosville Border Crossing in British Columbia.

Pete Boushie still remembers how beautiful the baby's mother, Debbie Baptiste, was and how excited he was for the arrival of their third son. And he remembers the smile on the boy's face after he was born.

They named him Colten Cale Boushie but he quickly became Co Co.

The memory is as clear as the phone call he received in August 2016.

"My boy called me," Pete Boushie told The Canadian Press from his home on the Fort Belknap Indian Reservation in Montana. "He said, 'Co Co is dead.' I thought he was messing around. He said, 'No. He got shot.'"

Colten Boushie was 22 when he died after being shot in the back of the head as he sat in an SUV on a farm near Biggar, Sask.

Last week, farmer Gerald Stanley, 56, was acquitted of second-degree murder after testifying that the gun went off accidentally while he was trying to scare away several drunk young people he thought were thieves.

The verdict sparked rallies in cities across the country. The case is being seen by many as an example of how the justice system fails Indigenous people. Others say Stanley was protecting his family at a time when rural residents live in fear of crime.

Baptiste and other family members were in Ottawa this week to meet with Prime Minister Justin Trudeau and other cabinet ministers.

In Montana, Pete Boushie is still struggling with the loss of his son while the man who held the gun walks free.

"I know how the justice system is. I know how the people are. There is a lot of prejudiced people," he said. "This guy is guiltier than sin. Goddammit, he got found not guilty by an all-white jury. What would you think?"

But he doesn't want his son defined by Stanley's gun.

Colten, he said, should have been able to create his own story.

Pete Boushie met Baptiste in the late '80s and they quickly became a couple. They were together for seven years and had three children, but eventually split up.

Baptiste largely raised the three boys, but Pete Boushie said Colten and the other kids lived with him on the Montana reservation periodically.

His son liked to play basketball and never got into trouble. He always had a goofy laugh and a big smile.

The Fort Belknap Indian Reservation in north-central Montana, home to Gros Ventre and Assiniboine People, is filled with cattle ranches and rolling hills. When they were kids, Colten and his brothers used to climb the hills to look out over the land.

He was around nine years old when his best friend, who was also his cousin, died. That's when Colten started taking school more seriously.

One of his teachers, Kenneth (Tuffy) Helgeson, remembers him as a kind, happy-go-lucky kid who was always eager to learn. Everyone at Hays-Lodge Pole School on the reservation was devastated by his death and the outcome of the trial, Helgeson said.

"As an educator on an Indian reservation, we go to too many of our students' funerals," said Helgeson, a Nakota language teacher. "It's not the quality of life, it's the inequity."

Andrea Crantz, 30, never thought she would outlive her godson. As Pete Boushie's niece, she spent a lot of time with Colten on the reservation.

"He was just a very helpful person. He just always wanted to be there for his elders to help them," she said. "He was funny. He was, to me, a one-of-a-kind personality."

At that time, she said, he was quiet and thoughtful.

He moved around Montana, and occasionally Canada, over the years but went to high school in Montana until December 2008.

With age, Colten gained confidence, Crantz said. The last time she saw him a couple of years ago, he was louder and cracking jokes.

The Boushie brothers ended up moving to Canada to be closer to their mother's roots on the Red Pheasant Cree Nation in Saskatchewan.

It was there that Leroy Nicotine Jr.'s cousin needed her roof shingled. It was a big job, so he called up the "Boushie boys" because he knew they worked hard.

"He was a good kid," Nicotine Jr. wrote in a message. "Always tried to work or was always busy."

When his mother's dog died, Colten went to the library to make a book of poems about moving forward after losing a loved one, said his aunt, Della Baptiste.

His mother found it after his death.

"He left us comforting words," Della Baptiste wrote in a message. "He is powerful even today."

Colten Boushie became well-known in the community as someone who wanted to learn about Indigenous culture. He spoke with elders and made sure to cut wood for ceremonies.

Now ceremonies across the country are being held in his name. But his father is unable to go.

Pete Boushie said he has two felony convictions for drunk driving which prevent him from crossing into Canada. When Stanley was found not guilty, Boushie absorbed the blow at home in Montana.

"I wanted to kill him, you know. He took my heart."

He also cannot visit his son's grave on the Red Pheasant Cree Nation where his headstone reads "Colten Cale Boushie 'Co Co.' Forever in our hearts till we meet again."

Boushie said he hopes his son's death is not in vain.