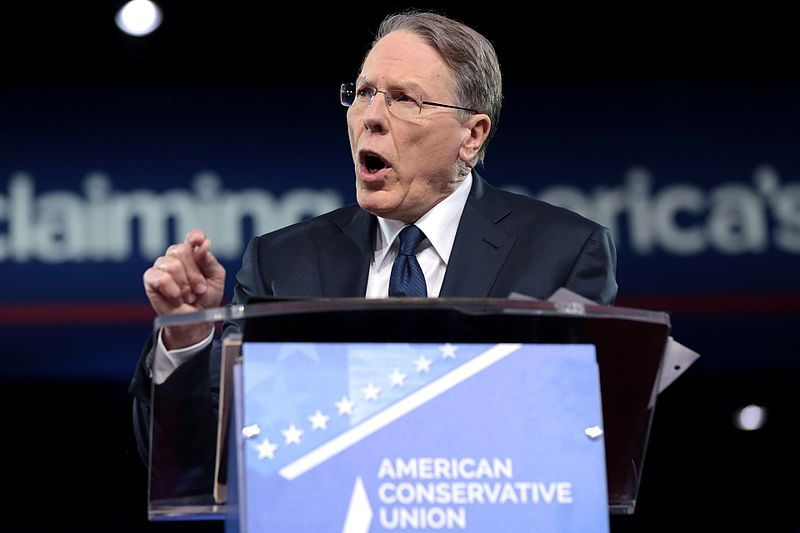 “The only way to stop a bad guy with a gun is with a good guy with a gun,” said Wayne LaPierre, vice president of the National Rifle Association (NRA), after a gunman killed 20 children and six others at Sandy Hook Elementary School in December 2012.

Not long after the deadly school shooting that recently killed 17 in Parkland, Florida, gun rights advocates argued that the shooter may have been deterred if there were more guns available, in the hands of teachers and staff. But there's little evidence to support this.

On the contrary, the data shows that the U.S. stands alone among developed countries when it comes to firearm-related murders. Guns were used to murder more than two-thirds of all victims in the U.S. In comparison, Mexico, one of the most violent countries in the world, had fewer than half of its murder victims die by firearm violence. (In 2011, 34 per cent of Canadian murder victims, 20 per cent of Australian victims, and two per cent of Japanese victims died from a gun).

Data: The Small Arms Survey (2012), the Bureau of Justice Statistics, the Centers for Disease Control, the U.K. Parliament, national statistical agencies of Canada, Japan, and Australia.

It’s not that Americans are more violent than people in other countries: in 2011, both Brits and Australians were statistically more likely to be injured in a violent crime. But the American is forty times more likely to encounter a gun. According to the United Nations Office of Drugs and Crime, gun victims are six times more likely to die than victims of assault with a knife or blunt object.

Even so, the data show that Americans are not more prone to violence than Canadians or Australians. In spite of this, compared to the average American, Canadians are ten times less likely to be victims of gun violence. (Brits are fourteen times and Australians forty times less likely.) The U.S. is also one of the few developed countries in the world without a comprehensive firearms registry.

The aggregate data almost certainly understates the global impact of American guns. According to the U.S. Government Accountability Office, the vast majority of guns seized and traced in Mexico are of American origin. About a quarter of these weapons are high-caliber weapons, such as AK and AR-15 type semiautomatic rifles.

An American is forty times more likely to encounter a gun than most other human beings in the world.

In Canada, traced guns have almost always been American. But the steady flood of American guns may have slowed: the National Weapons Enforcement Support Team (NWEST) estimates that, in the last three years, 60 per cent of B.C. crime guns have come from domestic sources. The Task Force on Illegal Firearms attributes this curious trend to “changes in firearms legislation in states such as Washington and Oregon requiring recordkeeping at the point of sale for all firearms… In Canada, there is no national legislation to require record keeping for sales.”

B.C.’s experience suggests that when U.S. gun laws are strengthened, criminals will find firearms from different places. But when Americans loosen their gun laws, the global market is flooded with cheap weapons. Political scientists estimate that the U.S. assault weapons ban expiring in 2004 directly caused an additional 158 gun deaths per year in Mexican border municipos. The massive U.S. gun stockpile essentially gives the Americans a global monopoly on firearms and small arms violence.

Americans more or less agree: the U.S. needs more gun control. For the last two decades, a consistent majority of Americans have supported stricter gun control; those who want less regulation have increased in number, but number no more than one in five respondents.

So why has the U.S. failed to strengthen their gun laws in spite of sustained public opinion? The seminal argument, John Lott’s More Guns, Less Crime, was published in 1998 and has blurred the parameters of the gun safety debate ever since. “States that ban the concealed carrying of guns have murder rates 127 per cent higher than states with the most liberal concealed-carry laws,” Lott reports. “States with [no gun control] have less crime.” A peaceful society, the thinking goes, is most likely when everybody is armed and able to defend themselves with lethal force.

This is a willful misreading of statistics. The data simply do not support the “more guns, less crime” claim. States with stricter regulations may have higher murder rates, but the laws were instituted in response to crime, not the other way around. Easy domestic firearm transport and trade of firearms further obfuscates their argument. Republicans often talk about Chicago, which has one of the highest murder rates and strictest gun laws in the U.S. What they don’t say is that 60 per cent of all firearms seized in Chicago come from outside state lines. (Neighboring Wisconsin and Indiana both have some of the weakest gun laws in the U.S.)

But the data do definitively show that countries with fewer guns in circulation have fewer homicides and lower levels of crime lethality. (This relationship holds for the 50 U.S. states, too.) Brits, Australians, and Americans all have similar rates of violent crime, but Americans are much more likely to use a firearm. The presence of a gun turns assault into mass murder-- and there are as many guns as people in the United States.

The more likely culprit is the gun lobby, which has spent extensively on U.S. campaigns. In the 2016 election, the NRA spent a combined $31.2 million dollars supporting Donald Trump and opposing Hillary Clinton.

The effort paid off. A year ago, in one of his first official acts as President, Donald Trump signed a bill overturning regulations that required background checks for more people with a history of mental illness.

On February 14, seventeen people were shot and killed at Marjory Stoneman High School in Parkland, Florida. It was the 18th school shooting of 2018. in a televised statement from the White House, the President offered condolences to the victims of the latest American mass shooting.

“We are committed to working with state and local leaders to help secure our schools, and tackle the difficult issue of mental health,” Trump said.

He did not mention guns.

​With files from Ed Ngai