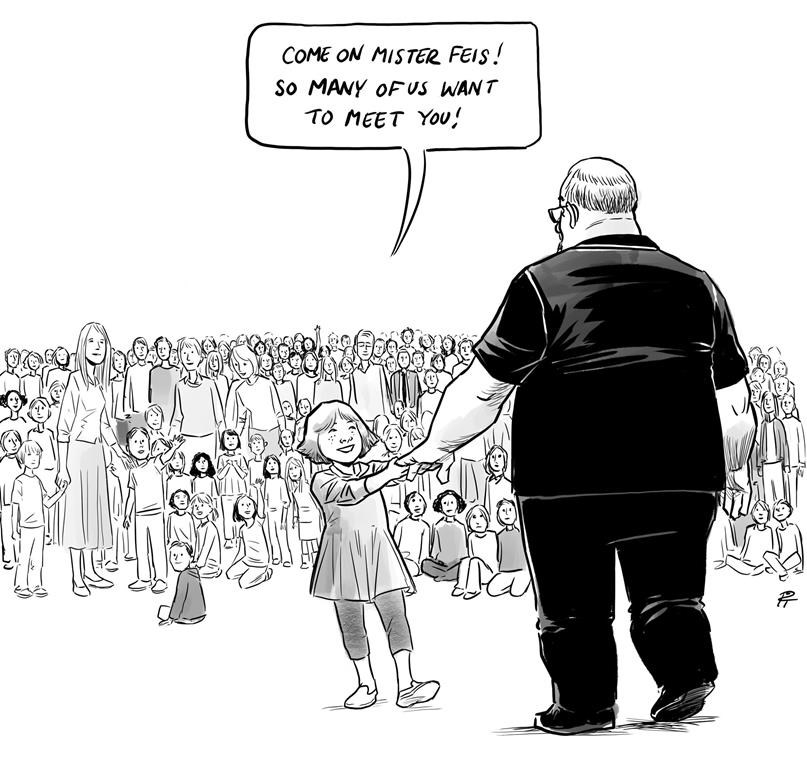 A Vancouver illustrator said she's overwhelmed by the social media response to her cartoon depicting a victim of the recent school shooting in Florida.

Pia Guerra's "Hero's Welcome" shows a young girl leading the school's football coach Aaron Feis by the hand to meet a crowd of other people killed in school shootings.

Feis was one of 17 victims who died when a former student opened fire at Marjory Stoneman Douglas High School in Parkland, Fla., on Wednesday.

The assistant football coach and school security specialist was trying to shield students from bullets when he was fatally shot.

"It gave me a little lump in my throat when the idea (for the cartoon) first kind of popped up," Guerra said.

"I thought, I think that might be strong enough. But I had no idea it was going to hit people this hard. Everyone's telling me that it broke them or they're devastated or they got all punched in the gut with it or they're in tears. And that was surprising."

"Hero's Welcome" had been liked on Twitter more than 32,000 times by Saturday morning.

"I'd just started getting into doing (editorial cartoons) out of a sense of needing to do something after the election," Guerra said.

Former student Nikolas Cruz has been charged with 17 murders in the Florida shooting.

From the time he entered the building until the time he left, only six minutes passed, authorities said. During that brief time, he shot more than two dozen people.

Feis, 37, graduated from the school in 1999 and worked mainly with the junior varsity football team, the school's website said. It said he lived in nearby Coral Springs with his wife and daughter.

Feis spent his entire coaching career at Marjory Stoneman after playing there as a student.

The Sun Sentinel reported that Feis, acting as a school security guard, responded to the original call on a school walkie-talkie. Someone on the radio asked if loud sounds they heard were firecrackers, said football coach Willis May, who also carries a radio.

"I heard Aaron say, 'No, that is not firecrackers.' That's the last I heard of him," May said.

"Everyone loved him and he was a jolly person," Raymond Feis said.

"What takes away some of the pain is that he was a hero."

A tweet from the school football program ended: "He died a hero and he will forever be in our hearts and memories."