By Robyn Allan | Opinion, Energy, Politics | February 19th 2018
#21 of 55 articles from the Special Report: Letters to the Editor 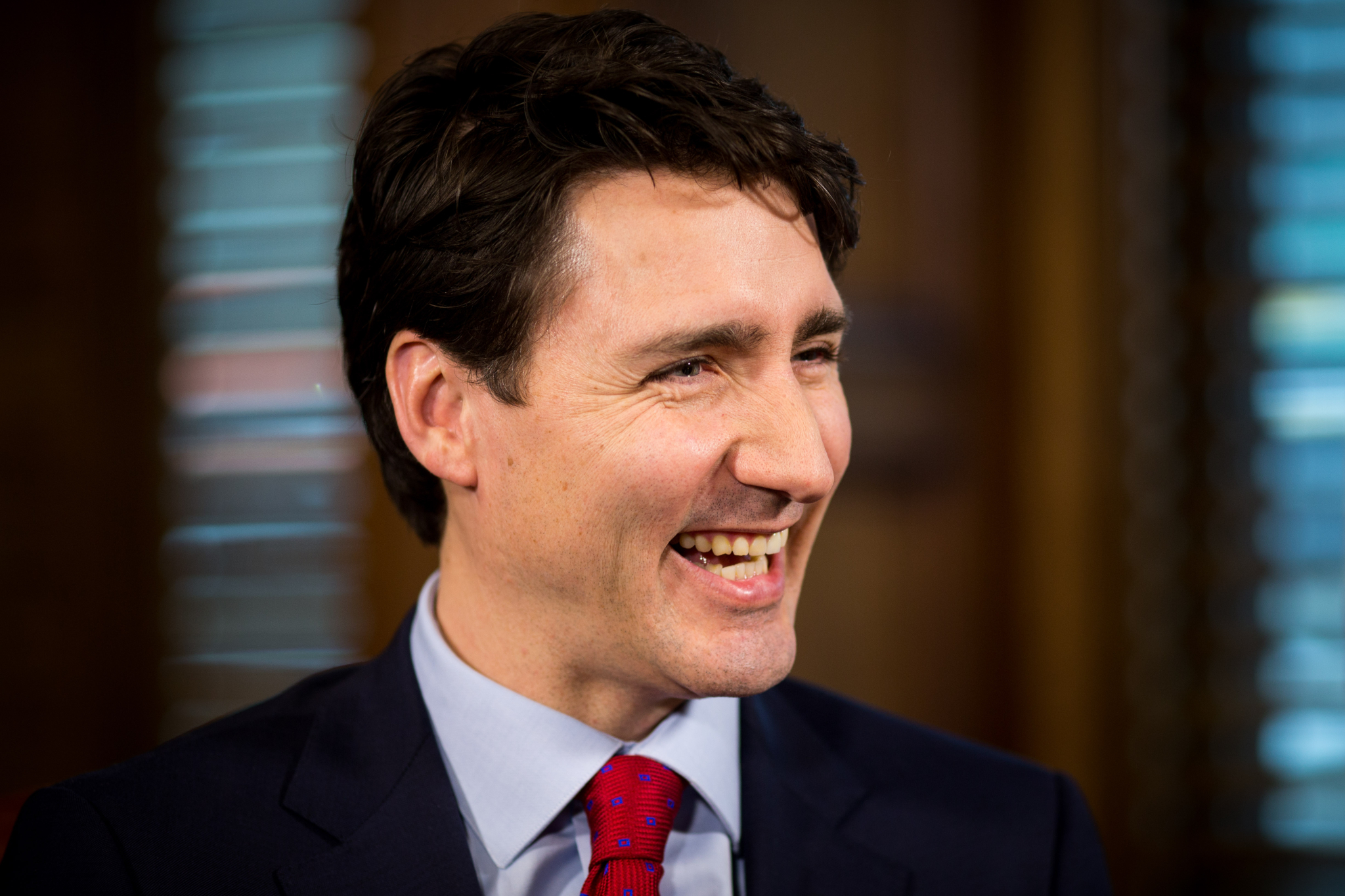 Prime Minister Justin Trudeau has admitted what many Canadians believed for some time—the approval of Trans Mountain’s expansion was always a foregone conclusion.

Trudeau told National Observer earlier this month that he relied on Ottawa’s power to grant Trans Mountain’s approval as a bargaining chip so Alberta would be “as ambitious as we needed Alberta to be” to get on with the National Climate Change Plan.

This is not what Trudeau said during the election campaign. There was no mention of the project being used to leverage climate change policies big oil would accept. Just the opposite.

He promised Trans Mountain’s review would be redone—period. He assured Canadians his Cabinet would not rely on the torqued review conducted by an industry captured, and fundamentally compromised, National Energy Board (NEB).

He led Canadians to believe that if the project was approved it would be based on facts and science. Now we know this was never his intention. Trudeau’s recent admission explains why his staff and B.C.-based MPs began back pedalling on Trans Mountain’s redo immediately after the election.

Trudeau broke his promise, but until now, he never explained why.

It is no wonder public protests and vitriolic outbreaks stalked Trudeau during his recent cross-country Town Hall Tour. When people have been betrayed, it makes them angry. As Trudeau made his way west under increasing pressure, his behaviour became volatile.

At the final meeting in the coastal town of Nanaimo, he was visibly agitated. He also threatened to cancel the Oceans Protection Plan (OPP) if Trans Mountain’s expansion does not go through.

Until Trudeau’s ultimatum, it was not completely clear that spending more than $1 billion of Canadian taxpayer money on the OPP was solely to underwrite the risk of the tanker traffic triggered by Trans Mountain’s expansion. His threat to cancel the program if he doesn’t get the pipeline, is an open admission that the program is directly related to the project. The OPP is nothing more than a Canadian taxpayer-funded subsidy handed to Kinder Morgan so Kinder Morgan can expose west coast marine waterways to the extreme spill risk of more than 400 diluted bitumen laden tankers a year.

Canada adheres to the polluter pays principle. This principle tells us that if Kinder Morgan’s project is the beneficiary of the OPP, then Kinder Morgan, not Canadian taxpayers, should pay for it.

In other words, if Trans Mountain’s expansion proceeds—as Trudeau emphatically states it will—Ottawa must make Kinder Morgan foot the bill.

Trudeau says that, "The national objective is—protecting the environment and growing the economy at the same time.” It is difficult to believe he grasps even a rudimentary understanding of the environmental risk when he follows with, “We’ve been having diluted bitumen go out through the Burrard Inlet for the past 30 years without significant issues…And that’s something that we know that we can continue to protect.”

And then there’s the unsupported economic claims.

Trudeau says, “we know that Canadian oil is discounted because we only have access to the U.S. market right now, and creating more access to overseas markets will actually get a better price for jobs, for workers, for the Canadian economy on our resources. So that’s one of the reasons why Alberta is so keen on not being landlocked with our oil resources.”

When Trudeau refers to Canadian oil, he means diluted bitumen, not conventional light oil or synthetic crude oil. Diluted bitumen sells at a discount to the North American benchmark light oil, West Texas Intermediate (WTI). This discount is not because Canadian oil producers only have access to the United States. It sells at a discount because bitumen is an ultra-heavy hydrocarbon full of complex molecules that has always fetched lower relative prices than light oil. And always will.

Bitumen costs more to upgrade and refine and more to transport, that’s why there is a discount.

Recently the price discount for diluted bitumen has increased, but not because of a lack of pipeline capacity, or lack of tidewater access. It’s because TransCanada’s Keystone pipeline that delivers mostly diluted bitumen to the Gulf Coast sprung a leak in South Dakota on November 16, 2017. The line was shut down taking almost 600,000 barrels a day of export capacity offline. When the pipeline restarted twelve days later, it was done so under restricted operating pressure. This means about 120,000 barrels a day of pipeline export capacity has been removed—indefinitely.

Trudeau is also wrong when he says that access to U.S. markets is the only access that exists. Tidewater access at Trans Mountain’s Westridge dock has existed since 1956, but it’s barely used. In 2016, less than 30 per cent of the dock capacity available to Alberta’s oil producers was taken up. Of the 15 tankers that loaded at the dock that year, all were destined for U.S. markets. Tidewater access demand was a little higher in 2017, but Westridge dock capacity was still significantly under-utilized. Canada’s heavy crude goes to the U.S. because that’s where the market is and that’s where low quality crude commands the best price.

Mexico’s National Oil Company, PEMEX, has been trying for some time with little success to make inroads into the heavy oil market in Asia with its Maya crude—a heavy oil often compared to Alberta’s benchmark diluted bitumen Western Canadian Select. The price PEMEX receives for Maya in overseas markets is well below the value it commands in the US.

If Trans Mountain’s expansion goes ahead and dumps 540,000 barrels a day of diluted bitumen into the offshore market, economic theory and market realities tell us prices in those markets will be depressed further—not rise. The higher price in Asia narrative makes no sense. And neither does the narrative that we can buy ourselves a transition off fossil fuels by building into them with Trans Mountain’s expansion.

This entire pipeline approval process has been a fraud from top to bottom from the get go. Thankfully, people like Robyn have the courage to speak up and show people the facts.

hmmm... this supplies me with

hmmm... this supplies me with information I needed to explain my sense of deja vu - otherwise intelligent political leaders moving forward with a plan against the facts. So is this the essence of it, that the approval of the Kinder Morgan pipeline is a trade-off with the Alberta government in exchange for its support for the Climate Action Plan? And all other claims are created mainly to make the deal more palatable? Then I have this question: When has given the oil industry opportunities to do more of the same been a way forward for the protection of the environment? I trust that Trudeau is sincere in his desire to protect the environment, but keep seeing that it is beyond the power of a government to make the radical changes we need as a society to stop relying so much on fossil fuels or the economy of it. I hope this political and environmental challenge will not end up as an infantile good vs bad guys debate with punishments.

In the past 12 months there

In the past 12 months there have been 15 crude oil tankers at the Kinder Morgan Westridge terminal. They have all gone to the USA.

Here is my record of them
2017
Feb 28, Keros
Mar 14, Energy Commander
Apr 6, Kerala
May 2, Pacific Treasurer
May 16, Overseas Raymar
June 7, New Conquest
July 16, Aristaios
Sept 21, SCF Provider
Nov 17, Oklahoma
Dec 5, Aqualiberty
Dec 13, Selecao
Dec 31, Oklahoma
2018
Jan 4, Seaways Visayas
Jan 30, Xanthos
Feb 14, Aquapuelche
If I have missed any please let me know at huntley(at)sfu(dot)ca
There were a couple of crude oil tabkers that came but did not go to the dock. There were also other tankers that went to the dock, but I suspect they had nothing to do with crude oil.