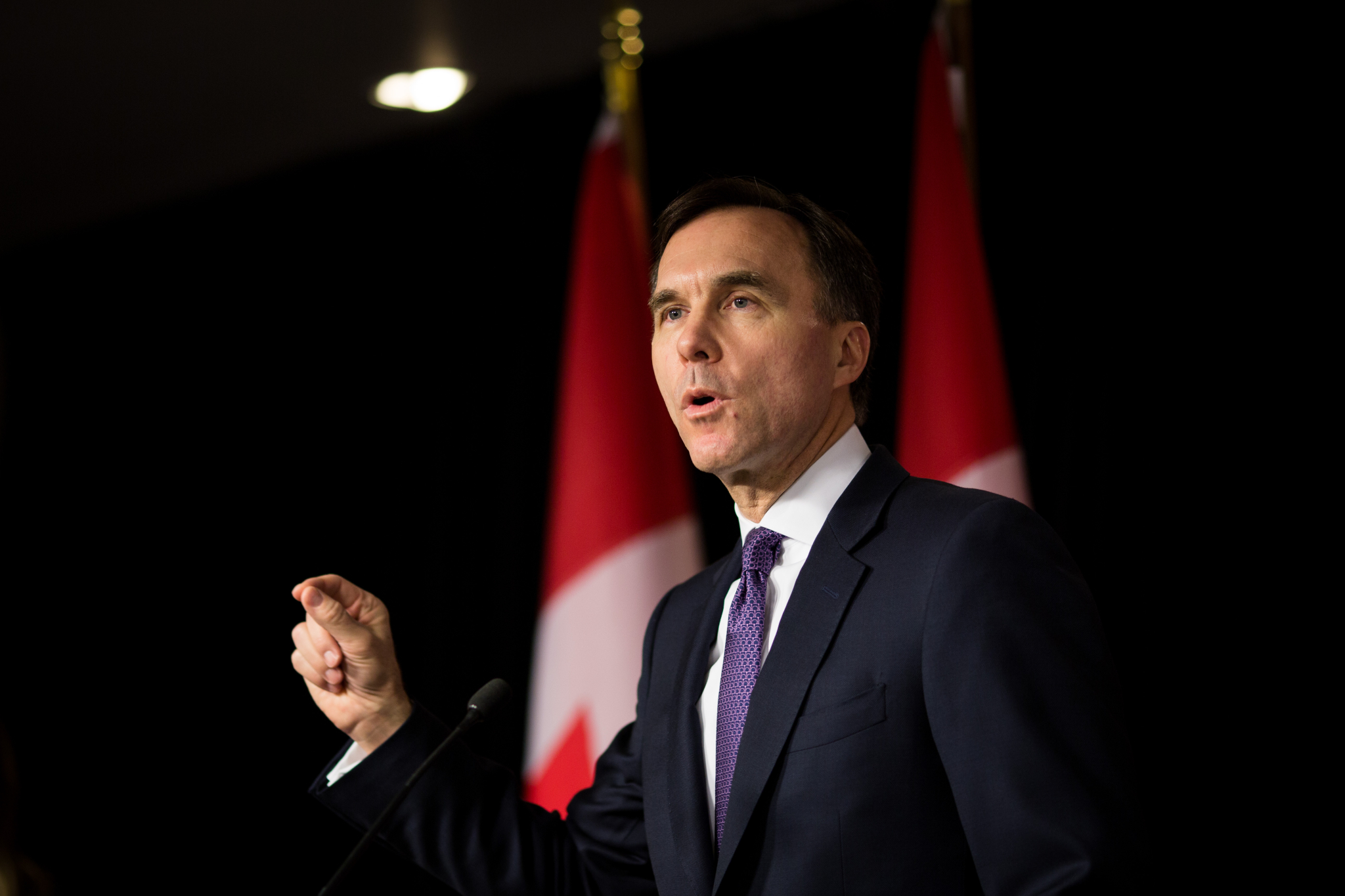 Finance Minister Bill Morneau speaks to reporters in Ottawa about his new budget on Feb. 27, 2018. Photo by Alex Tétreault
Previous story
Next story

In an age of social media disinformation and cyber attacks during election campaigns, the government has been scrambling this past year to contain attacks on government IT servers, and has become increasingly concerned with digital identity theft.

The budget proposes providing the CRA with $30 million over five years to "enhance the security measures that protect the confidentiality of this sensitive information."

It also re-allocates funding from federal organizations receiving support from Shared Services Canada, the government's centralized IT agency, to secure government computer servers. This would mean that most government departments would lose a combined $1.2 billion previously earmarked for their IT needs over the coming years. This funding would be turned over to the embattled shared services agency that has been criticized in federal audits for wasting taxpayer money.

Cyber spies can launch cyber disruptions against terrorist activity or foreign states under the new system, which was brought in to overhaul the Harper government’s 2015 anti-terrorism act, Bill C-51, which faced several legal challenges and widespread public protest.

It also comes after Foreign Affairs Minister Chrystia Freeland was advised to beware of "fake news", "hybrid warfare" and other sophisticated tactics designed to achieve military and political goals on a trip to the United States last May.

“While hybrid warfare is not a new concept, the manner in which some countries, such as Russia, have integrated the techniques, adapted them to 21st-century realities, and used them to pursue political-military objectives is increasingly of concern (e.g. in Georgia, Crimea and Eastern Ukraine)," read briefing material prepared prior to the trip.

“Open societies are especially vulnerable, so we must make our national institutions and public as resilient as possible. Public education, awareness and engagement are key.”

When cyber attackers broke into a Statistics Canada server on March 9, 2017, forcing the data agency to take its website offline for hours, Canada's electronic spy agency, the Communications Security Establishment, admitted to reporters it was "extremely difficult" to pinpoint who was behind the attack.

CSE is now getting a host of new investments to beef up its cyber spying and security mandates.

Canada's federal police force, the RCMP, as well as Public Safety Canada, the federal department charged with overseeing national security, will also get boosts in the budget -- as will the Office of the Commissioner of Canada Elections.

In budget 2018, the government is proposing to spend $507.7 million over five years to fund a new cyber security strategy, which will include a new centre run by Canada's cyber spy agency, and a new police-run cybercrime unit.

That money will pay for a new Canadian Centre for Cyber Security at the CSE, at a cost of $155.2 million over five years. The centre is expected to provide "advice, guidance, services and support" to Canadians on cyber security.

The RCMP will get $116.0 million over five years to create its own new body, to be called the National Cybercrime Coordination Unit.

CSE will also receive $225 million over four years, starting in 2020–21 "In order to keep pace with rapid technological change that can challenge its ability to effectively collect foreign signals intelligence," the federal budget stated.

Finally, the government wants to spend $7.1 million over five years, beginning in 2018–19, on the Office of the Commissioner of Canada Elections.

The money will be used to "help ensure that the Canadian electoral process continues to uphold the highest standards of democracy by all Canadians, political entities, businesses and individuals alike, now and into the future," the budget stated.

Bad actors may use Canada's democratic tools against us, says Gould prior to mat leave