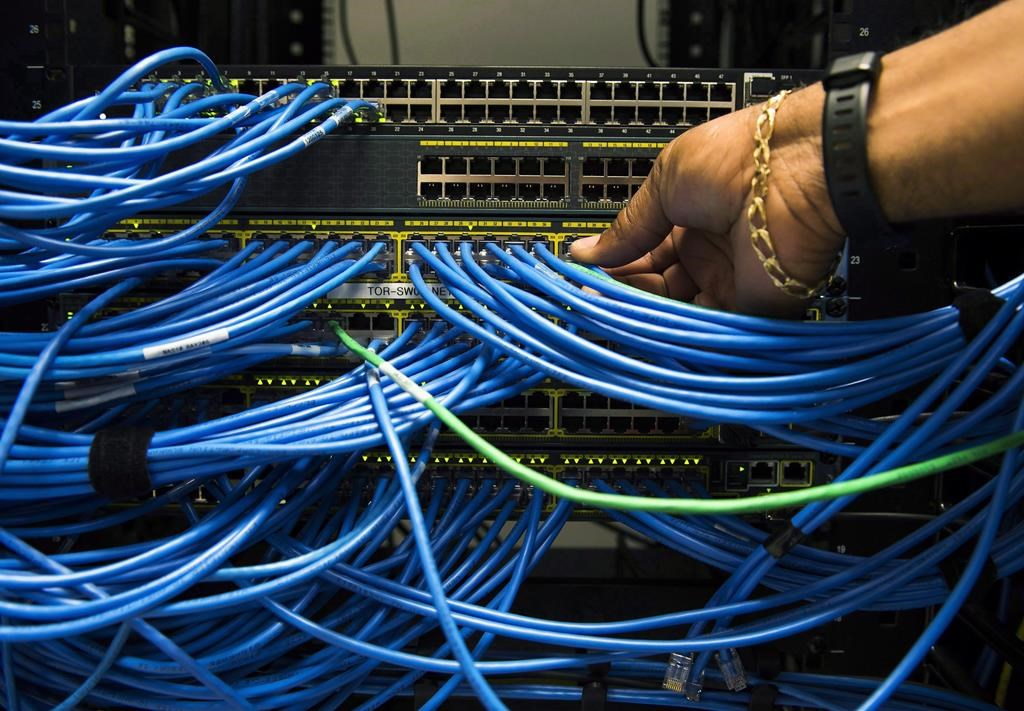 Networking cables in a server bay are shown in Toronto on Wed. Nov. 8, 2017. File photo by The Canadian Press/Nathan Denette
Previous story
Next story

In the often shadowy and dangerous domain of cyberspace, the federal government wants Canadians to have a trustworthy place to turn to help stay safe online.

The newly announced plan for a federal cybersecurity centre aims to pull together expertise across the government under a single roof, rather than the existing — and somewhat bewildering — alphabet soup of digital protection agencies.

The move follows an internal government evaluation last fall that found confusion and frustration due to "overlap and lack of clarity in roles and responsibilities" between players.

The centre — to be created by the experts at the federal Communications Security Establishment — is intended to flesh out a key element of a revamped cybersecurity strategy, providing practical tips for Canadians and highlighting online threats.

Another goal is to offer cybersecurity guidance to small- and medium-sized businesses, which often do not have the resources or know-how to fend off hackers and other threats.

The strategy, outlined in the federal budget plan, will receive $507 million over five years. It comes as headlines routinely tell of breaches exposing personal financial information and governments warn of serious threats to vital systems, including electrical grids and telecommunications networks.

Six in 10 Canadians were confident they could protect themselves online as long as they had the basic information on steps to take, "suggesting a need for concrete information, particularly for those less knowledgeable and confident," an Ekos Research Associates survey for Public Safety Canada concluded last March.

The same study found that government and police agencies topped the list of most trusted sources for unbiased information about online threats.

Under the federal strategy, the RCMP will set up a national cybercrime co-ordination unit to act as a hub for investigations as well as give people and businesses a place to report cybercrime incidents to police.

The government hopes the efforts will bolster overall security and provide a "more rapid, co-ordinated and coherent" federal response to cyberthreats, the budget plan says.

Sergio Marchi, president of the Canadian Electricity Association, applauded the federal measures, saying the money and the renewed approach will make Canada's energy systems more secure. "This is the right focus at the right time."

Defence Minister Harjit Sajjan, the cabinet member responsible for the Communications Security Establishment, charactized the cybersecurity initiatives Wednesday as "the early steps toward making sure that Canadians are protected."

Greta Bossenmaier, head of the CSE, has warned that hackers will one day be able to crack the encryption people rely on for secure online banking and shopping. She says the massive processing power of quantum computing — which would crunch data much faster than today's systems — could open the door to breaking trusted internet protections.

Sajjan said Wednesday that additional federal budget investments in science will "allow us to make sure that we develop our quantum computing expertise" as well as artificial intelligence capabilities in the name of protecting Canadians.