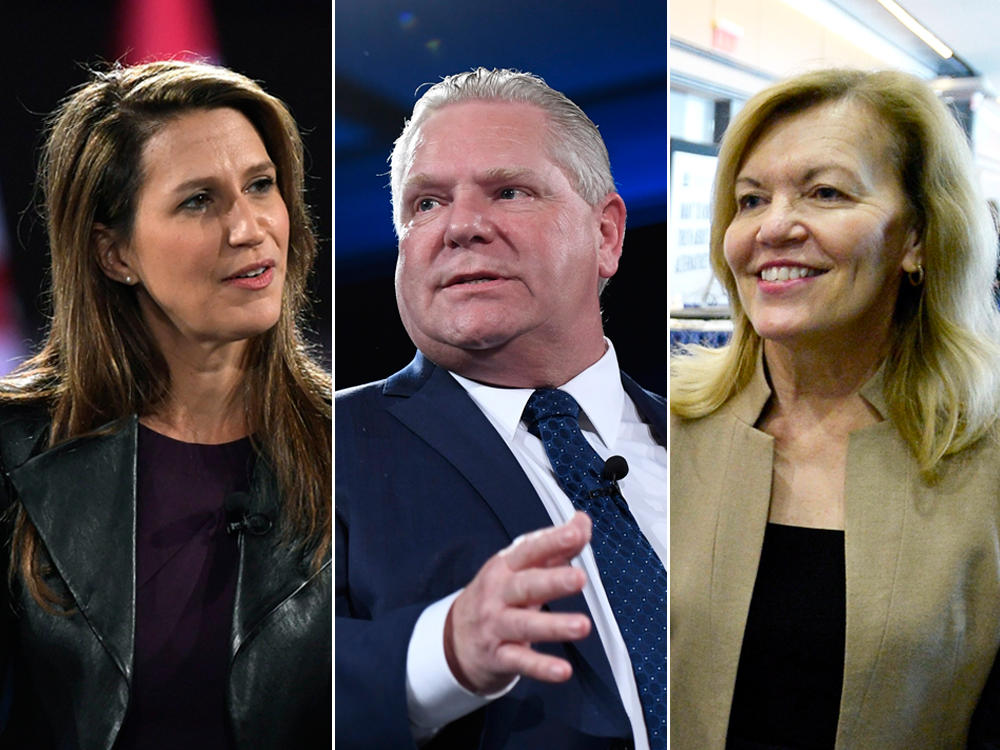 That's right, I need your participation to power up National Observer. Please donate now and help us make our goal of raising $25,000 by April 5.

An election is coming to Ontario and your support will help put climate change on the agenda. If we achieve our goal, it will mean we can put a reporter on the election trail, constantly challenging the candidates on their climate policies. This is going to be so important. Here's why....

If you’ve been watching the Ontario election shape up, you’ve seen a party leader deny allegations of sexual misconduct and then resign, prompting a leadership race. Then the same leader returned to the race. And then he resigned again. Through all of this, polls have shown that Progressive Conservatives are still more popular than Kathleen Wynne’s Liberals.

Consider what this looks like for Doug Ford. He envisions a world where he is Ontario’s premier and joins forces with Alberta’s Jason Kenney, to rid the land of carbon taxes (shorthand for climate policies).

Yes, that’s the same Jason Kenney from Stephen Harper’s cabinet who has promised to kill Alberta’s carbon tax and “defend” coal if he is elected Alberta premier.

Meanwhile, the NDP premiers of B.C. and Alberta have been taking shots at each other for weeks.

Prime Minister Justin Trudeau says building an oil pipeline is essential if he is to get his national climate plan through.

This is what is required to fund coverage in Ontario that only National Observer will do. Coverage that will keep climate change on the agenda.

I wish with all my heart there were other ways to fund the reporting you and I both know Canada needs.

The top leadership contenders — Doug Ford, Christine Elliott, and Caroline Mulroney — all say they will fight any carbon tax.

I've been at this for nearly nine years now and after all these years, it hasn't gotten easier. But it is always rewarding. Thanks to the generosity of readers like you, I've seen public health issues exposed that would never have been revealed otherwise. And I've seen policies change as a result. I've seen Canadian citizens disenfranchised of their rights, and seen government make changes after investigative reports. I've seen the conflicts of interest between a pipeline company and the federal pipeline regulator investigated and revealed, thanks to the support of readers like you. I've seen a lot of change because of reader-supported reporting.

Journalism is so powerful. Journalism catalyzes change that benefits the public.

Yes, the world is full of so much need. And what I'm asking you to do today — to give your financial support — is surely one of many requests for funding you receive. But journalism is worth your investment. Journalism has so much impact, in so many directions.

Stories touch people's hearts and minds like nothing else can. Through journalism you can improve society. You can address poverty, human rights, environmental destruction, just transition from fossil fuels. You make a difference with your subscription or donation to National Observer. You arm other citizens with the facts they need to create the environment for political leaders to do the right thing.

So, please subscribe or donate today. Help reach the $25,000 goal and drive climate coverage during the Ontario election.

And do let me know what questions you would ask Doug Ford, Kathleen Wynne, Jason Kenney, John Horgan or Rachel Notley. I will make my best effort to get your questions in front of them.

Because, let's face facts.... The Arctic had its warmest days ever this year. In Southern France, it was colder than Antarctica. Louisiana has to choose which coastal towns to save from the rising ocean, a result of global warming. The challenges we face are daunting and political leaders weigh public opinion against the political cost of taking action.

When you donate today, you will fund: