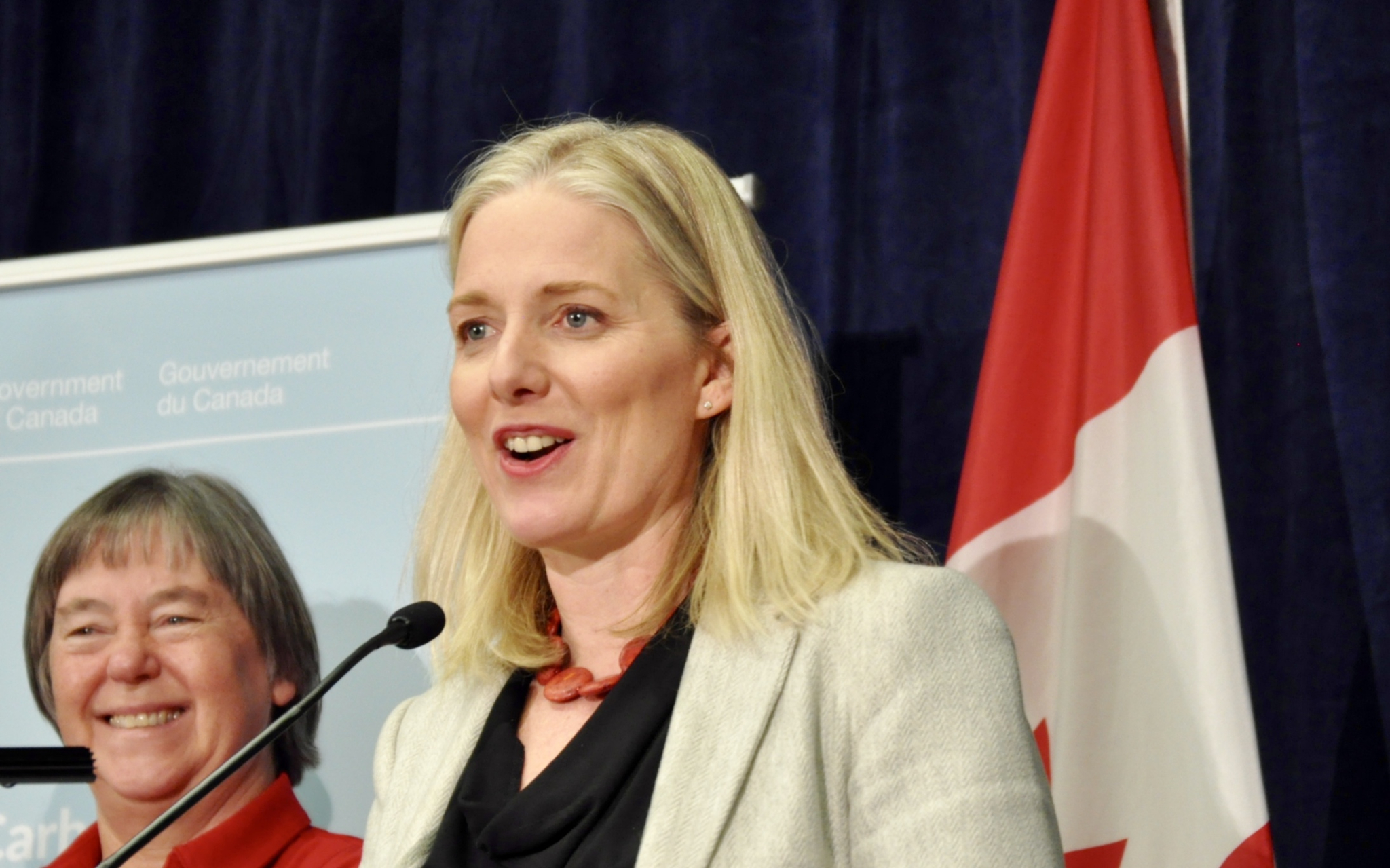 Environment and Climate Change Minister Catherine McKenna speaks about the Low Carbon Economy Challenge in Vancouver at the GLOBE forum in Vancouver on March 14, 2018. Photo by Michael Tippett
Previous story
Next story

Ottawa is offering $500 million to businesses, local governments and advocacy groups for new ideas on how to cut Canada's carbon footprint.

McKenna says those projects could look to cut emissions in the forest industry, make homes more energy efficient, or clean up the transportation sector.

Groups of all sizes will be eligible for $450 million of the funding, while $50 million is being set aside for Indigenous communities, small- and medium-sized businesses, non-profit organizations and small municipalities.

McKenna made the announcement Wednesday at a conference in Vancouver

She says the government wants to hear the country's best ideas for reducing carbon pollution, building a more sustainable world and spurring the clean growth economy.

"This is about building a cleaner, healthier, more sustainable and more prosperous future," she said.

The government says expressions of interest for the program will be reviewed and those applicants with the most promising ideas will be asked to submit formal proposals. The proposals will then be reviewed by government officials.

The challenge is part of the federal government's low carbon economy fund.

Last June, the government announced the fund would provide the provinces and territories with $1.4 billion to help deliver on their commitments to reduce greenhouse gas emissions.

McKenna said some provinces have had to make tough decisions to make the national climate plan work, including Alberta.

"We would not have been able to get a national climate plan had we not had the support of key provinces like Alberta," she said.

The federal government's approval of Kinder Morgan's Trans Mountain pipeline expansion was key to getting Alberta on board with the national plan, McKenna said.

A $7.4-billion project to expand the pipeline running from the Edmonton area to Burnaby, B.C., has been a source of contention between the British Columbia and Alberta governments.

McKenna said Alberta remains a clear partner on climate change and she noted the provincial government has made difficult decisions like putting a price on pollution and phasing out coal.

Alberta Premier Rachel Notley has said her province will consider cutting off the flow of oil to B.C. if it continues to delay the pipeline expansion.

Moving to a low carbon future is difficult and governments must show that decisions are based on both science and economic needs, McKenna said.

"We're in a transition right now. Transitions don't happen overnight and you need to earn the trust of people."

McKenna said she will continue working with various players across the country to meet Canada's climate targets.

"I'm committed to doing everything I can to bring people together," she added.