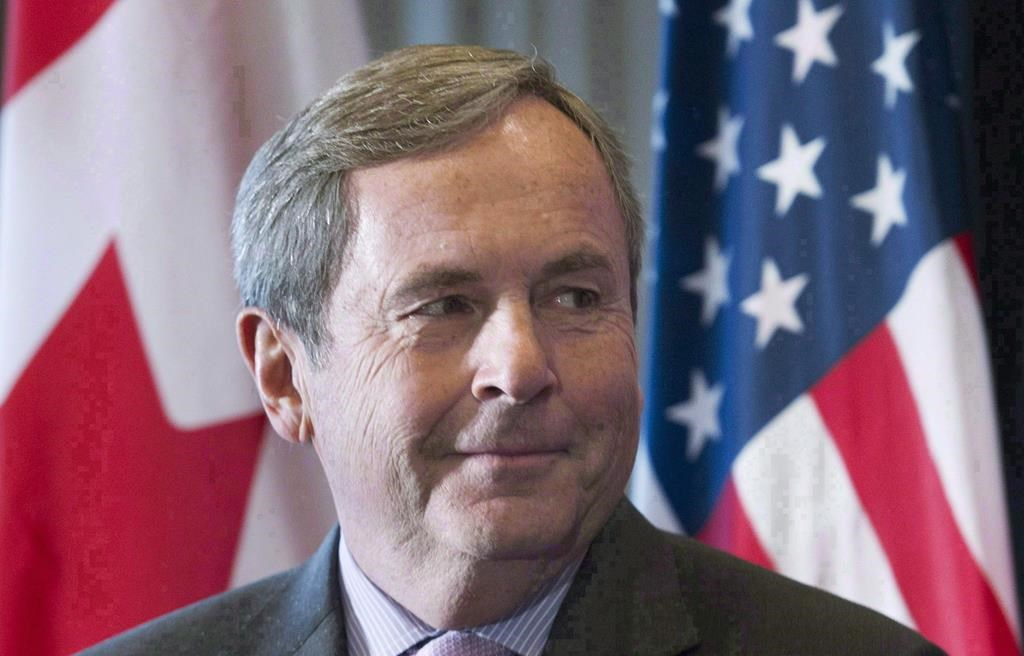 A potential breakthough to an impasse over automobiles has created a new sense of optimism in the NAFTA negotiations, with different players Tuesday declaring themselves more hopeful of a deal than they have been in some time.

Canada's ambassador to the U.S., David MacNaughton, suggested his newfound optimism was based on two developments in recent days: progress on the top U.S. priority of auto-parts rules, as well as a more general thawing of the frosty tone in earlier talks.

This comes as the United States appears increasingly keen on securing a quick agreement, with an upcoming round in Washington expected to feature a final push to obtain a deal before election campaigns in Mexico and in the U.S. Congress punt the process into 2019.

MacNaughton said the most recent American proposals could help the U.S. achieve its goal of safeguarding auto production there, potentially without a strict American-made content requirement in every car, an idea that has been a source of friction with Canada and Mexico.

He cautioned that the autos impasse isn't completely sorted out yet.

"They came back with some ideas that if you take them to their logical conclusion would mean that you wouldn't need that (American content) requirement," MacNaughton told reporters after speaking at a Washington gathering of the American Association of Port Authorities.

"They put some interesting ideas on the table ... which were actually quite creative. To which we sort of said, 'Yeah, we can work with that.'... Did we get to somewhere where you could shake hands and say, 'We've got a deal?’ Absolutely not... Whether or not we can get there I don't know. But I took it as being a positive thing that they had another way of getting at that issue."

His assessment came after a discreet high-level meeting.

Foreign Affairs Minister Chrystia Freeland did not make any public appearances last week when she was in Washington to meet U.S. trade czar Robert Lighthizer, who has said he is hoping for an agreement in principle within weeks.

While cautioning that the talks can't be bound by artificial deadlines, MacNaughton said there really is a good-faith effort to get as close to a deal as possible early next month: "We will meet seven days a week, 24 hours a day to make as much progress as we can."

There are rumours of a lengthy, two-week round planned in Washington starting in early April. In the runup, MacNaughton said the countries have not only been meeting in person, but also in phone discussions.

"I must say that in the last two weeks the talks that we've had ... have been more positive than I've seen them before," MacNaughton told Tuesday's conference.

He cited two reasons for optimism. In addition to the autos progress, he lauded the attitude around the table recently: "I was encouraged as much by the tone as by the substance."

"We're optimistic. We're hopeful about the timeline," said Flavio Volpe of Canada's Automotive Parts Manufacturers' Association, whose group was recently invited by the U.S. to offer ideas for breaking through the impasse.

"Certainly I haven't said that before."

The White House on Tuesday said little in response to a public observation from Prime Minister Justin Trudeau that U.S. President Donald Trump seems to be more enthusiastic about completing a deal.

"The president is always enthusiastic about making a good deal, but that would be the key caveat to any conversation, is making sure that whatever deal he makes is good for Americans, and American workers," said his spokeswomen, Sarah Sanders.

MacNaughton also shared an anecdote about the Trudeau-Trump relationship.

He described the prime minister attending a meeting of U.S. state governors last summer in Rhode Island, where he also met Mike Pence and he said the vice-president told Trudeau: "'You know, the president really does like you.'"

MacNaughton joked that the relationship is already good, with common collaboration all over the world, on issues ranging from North Korea to Venezuela, but added: "If they really want to make it an even better relationship we'll agree on NAFTA."

The Americans will get to tell their side of the story about the state of the talks. Lighthizer has two days of hearings scheduled before the U.S. Congress starting Wednesday, where he is sure to be asked about the NAFTA negotiations.