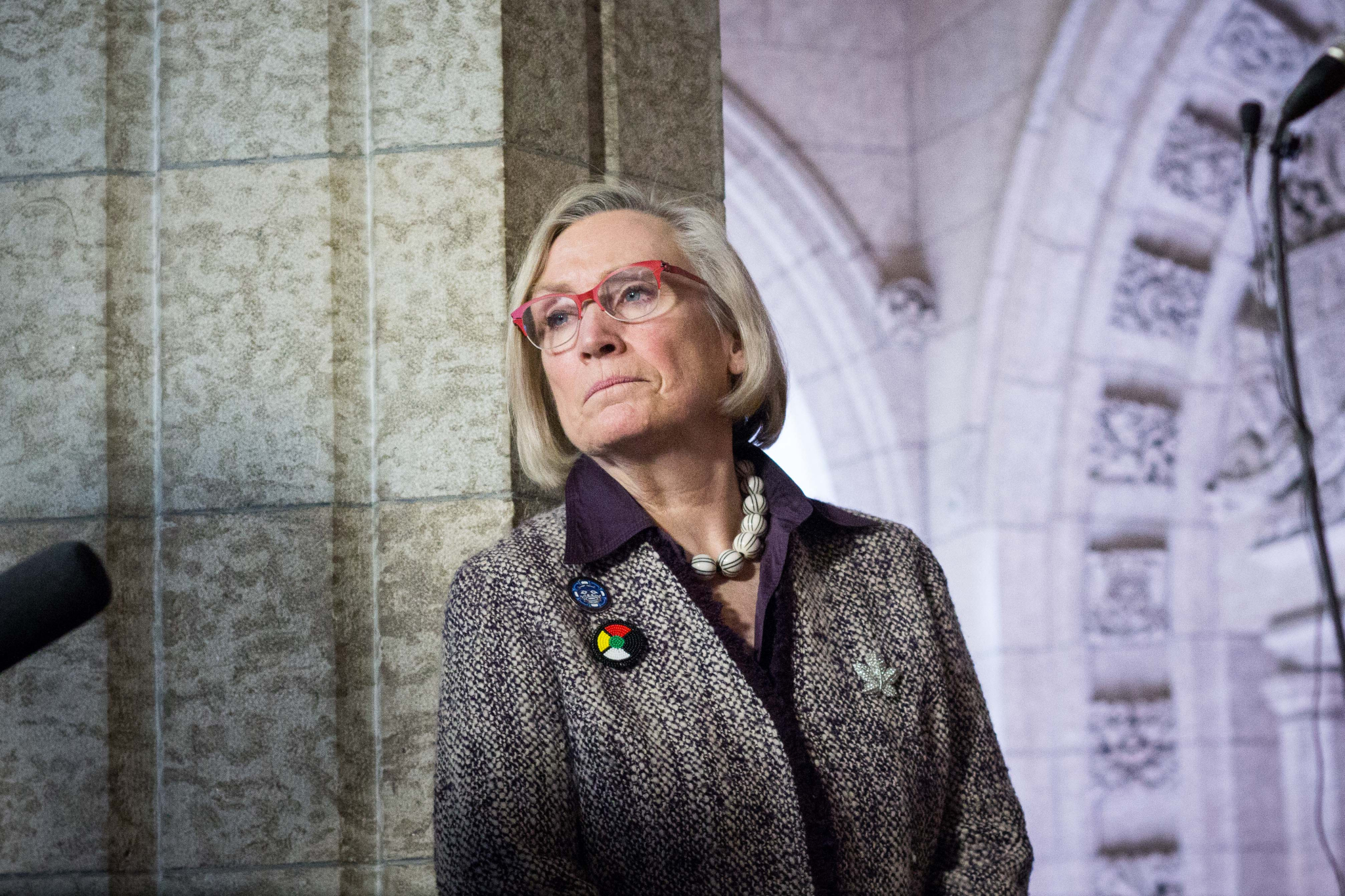 Crown-Indigenous Relations Minister Carolyn Bennett listens to the chiefs of the Tsilhqot'in Nation answer questions from the press outside the House of Commons on Mar. 26, 2018. Photo by Emilee Gilpin
Previous story
Next story

Crown-Indigenous Relations and Northern Affairs Minister Carolyn Bennett says she sees this week's historic events on Parliament Hill as the beginning of something much larger.

"I feel honoured to be here. I see this as a process along a bigger journey," she told National Observer in a brief interview outside the House of Commons on Monday.

Moments earlier, Prime Minister Justin Trudeau had exonerated six Tsilhqot'in chiefs who were unjustly killed for defending their rights in the 19th century. The exoneration and apology followed lengthy negotiations between the Tsilhqot'in Nation and the government.

The negotiations were triggered, in part, by another historic event, when the Tsilhqot'in Nation's won a precedent-setting case at Canada's Supreme Court in 2014. That court decision recognized the Tsilhqot'in's title to their land.

"They're inspiring in terms of their leadership — from the Supreme Court decision and title, to how firm they were that this exoneration would open a door to reconciliation."

The 2014 ruling is often described as a "landmark" court case, a historic precedent for other nations fighting for jurisdiction over land, and a fight many Tsilhqot'in communities members dedicated a great part of their lives to pursuing.

Prime minister Justin Trudeau gave a speech in the House of Commons on Mar. 26, 2018, exonerating six Tsilhqot'in war chiefs who were unjustly hanged by the colony of B.C. 154 years ago.

Chief Joe Alphonse had made it clear that the exoneration was "the first order of business" after the 2014 ruling.

"Reconciliation starts here, ground zero with the Tsilhqot'in. This is where is starts," Alphonse told reporters outside the House of Commons. "We're the only Indigenous nation in the world that has won title."

But he also spoke about larger systemic issues to address, originating from Canada's colonial history.

"For too long our people have suffered," Chief Alphonse said. "We've had too many children in care in ministries. We have too many of our community members incarcerated. We have murdered and missing women cases going on...

Bennett is the first federal cabinet minister to have specific responsibilities for Crown and Indigenous relations. When asked about what was next in the era of reconciliation in Canada, she echoed Chief Alphonse's remarks about a series of ongoing issues resulting from Canada's colonial legacy.

"It’s interesting what chief Joe was saying, in terms of the number of children in care, the number of people in prison," Bennett told National Observer in the hallway of Parliament.

The day was one of firsts, including the first time a group of Indigenous chiefs have ever been recognized on the floor of the House of Commons as a sovereign nation, rather than just a group of representatives, and the first time an Indigenous person has sang and drummed in full regalia inside the legislative chamber. 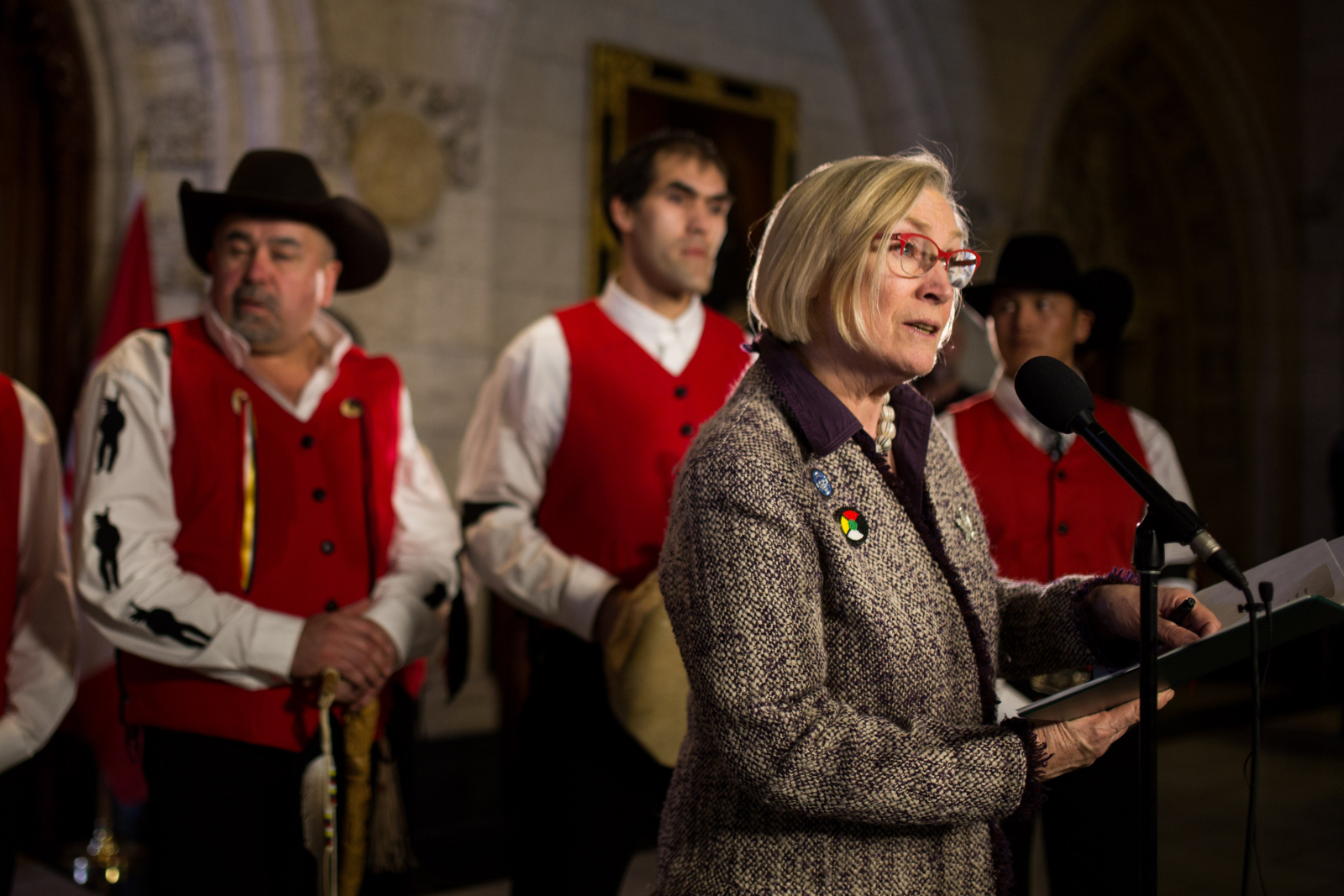 Over the past few days, Chief Alphonse has repeated that there was a lot of work to do, just to get to the real work of reconciliation. It's a message he has spoken about for years.

He and five other chiefs tried to address this in a private meeting with Trudeau, prior to the exoneration speeches. They also spoke about plans for the prime minister to visit later this year.

"We go back to the way we govern. We still have all of that knowledge," Chief Alphonse told reporters. "We know those policies. We know those systems work and we want to implement those."

Bennett also echoed the points raised by the Tsilhqot'in Nation about how they have been affected by having imposed laws, and what they'd like to do, moving forward.

"It's interesting that they want control over their land and their people," Bennett said. "Having law lodges and making decisions in their traditional legal customs and practices. These are inspiring leaders."

Does anyone feel like this move signals virtue in order to cover up the current government's current transgressions against FN land rights and title?