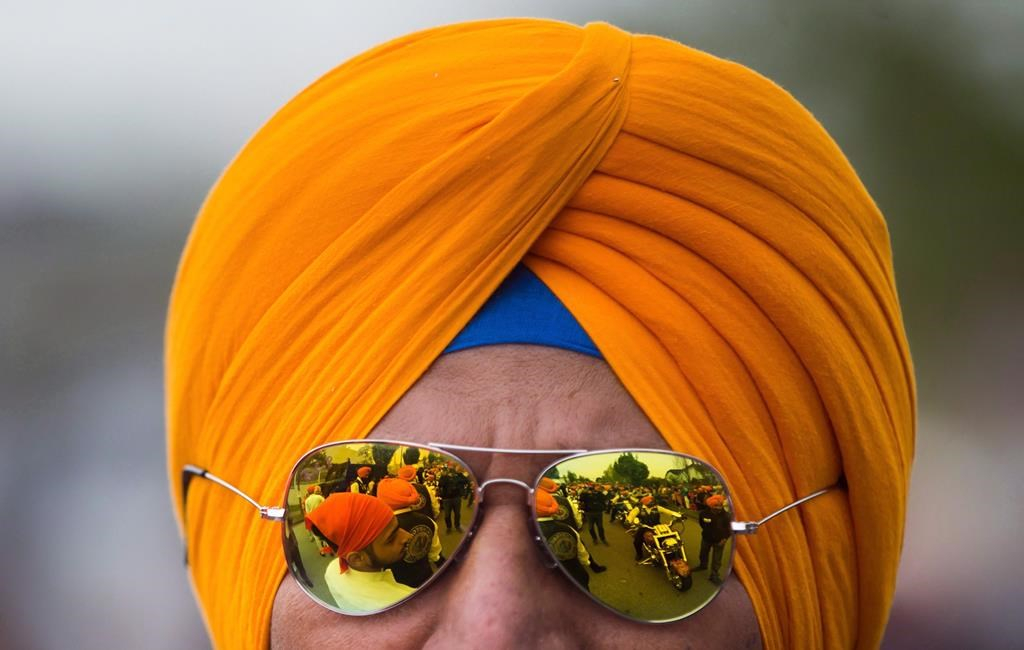 Members of the Sikh Motorcycle Club are reflected in a fellow member's sunglasses during the annual Vaisakhi parade in Vancouver on April 16, 2016. File photo by The Canadian Press/Darryl Dyck
Previous story
Next story

Alberta is to allow turban-wearing Sikhs to ride motorcycles without helmets.

The exemption to the province's Traffic Safety Act that will apply to adult motorcycle drivers and passengers is to go into effect on April 12.

The decision means Alberta will be the third province to make the exemption after British Columbia and Manitoba.

Private member bills which would exempt Sikh motorcyclists were introduced in Ontario by former NDP MPP Jagmeet Singh in 2013 and 2016, but the rules in the province haven't changed.

Mason notes that Alberta has the third highest Sikh population in Canada.

"The Sikh community has urged us to grant this exemption in recognition of its civil rights and religious expression," Mason said Thursday in a release. "Our government is committed to these principles."

"We call upon the government of Ontario to set aside its unfounded subjugation and allow Sikhs to ride motorcycles with turbans in Ontario," the club said in a statement.

"It is unfortunate that the Liberal Party of Ontario under Premier Kathleen Wynne remains adamant on its stand to deny the Sikhs this basic right."

"The decision by the government of Alberta to allow Sikhs to be able to ride their motorcycles without having to remove their turbans, which is an integral part of the Sikh identity, demonstrates a deep respect for the traditions and customs of the Sikh community," he said in a release.

If anyone rides without a

If anyone rides without a helmet, they are ready braindead. It has nothing to do with freedom of religious expression.

Live to ride.
Ride (with a helmet) to live!