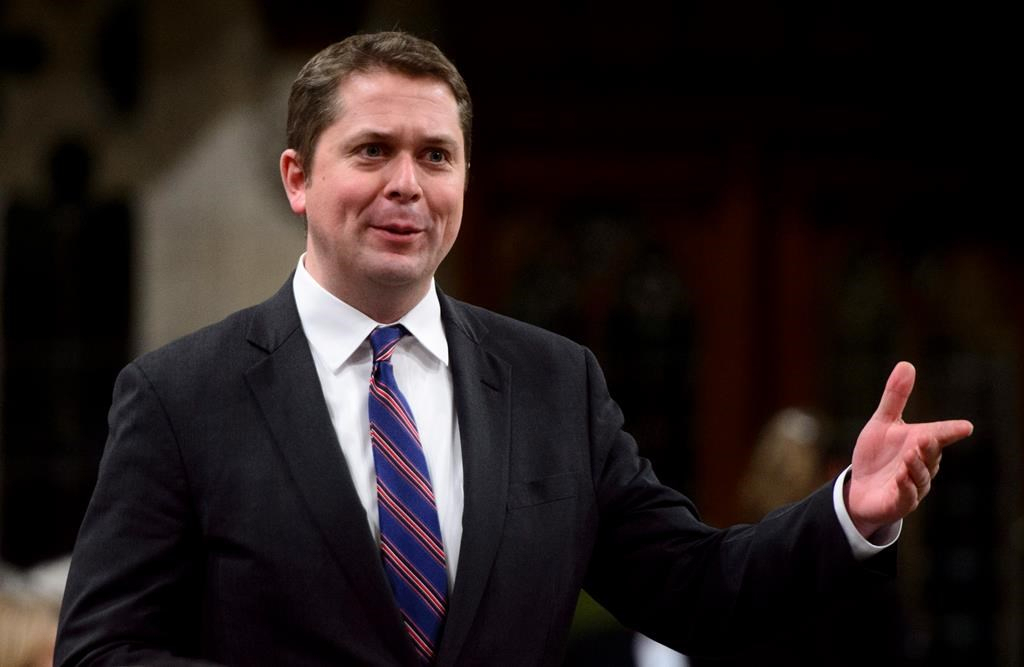 Conservative Leader Andrew Scheer and Prime Minister Justin Trudeau are jousting over who most respects women.

The Conservative leader is demanding an apology to his deputy leader, Lisa Raitt, who was the target of what Scheer claims was an insulting and sexist remark from Finance Minister Bill Morneau.

But Trudeau says he doesn't need to take any lessons on respect for women from a Tory leader who won't commit to appointing a gender-balanced cabinet, as the Liberal leader has done, should he become prime minister.

Scheer retorts that there'll be plenty of "strong Conservative women" in cabinet after next year's federal election.

The jousting over who is the bigger defender of women comes after Raitt accused Morneau of hypocrisy, making what she called cynical vote-buying gestures towards women in his February budget while personally failing to practice what he preaches; she bemoaned the under-representation of women in the company Morneau headed before entering politics, in the senior ranks of the Finance Department and in his ministerial office.

Morneau called her line of questioning "offensive" and said the Liberal government strongly believes that promoting women into positions of leadership is a key to a successful economy; he added that the government "will drag along the Neanderthals who don't agree with that."

In the House of Commons on Wednesday, Scheer said Morneau was referring to Raitt when he used the term Neanderthal and demanded that Trudeau order the minister to apologize.

"Our deputy leader pointed out his own personal hypocrisy supporting women and the finance minister answered by calling her 'a Neanderthal'," Scheer complained.

"The finance minister did not like being challenged by a strong Conservative woman and he reacted by using sexist language and insulting terms."

Trudeau replied that he believes "all members in the House should treat each other with respect at all times" but did not concede that Morneau had said anything inappropriate.

"I will take no lessons from members opposite when it comes to respecting women, particularly given that two and a half years ago Canada made historic gains and made news around the world by moving forward for the first time with a gender-balanced cabinet," Trudeau said.

"However, the leader of the official opposition refuses to commit to continuing this world-leading practice, will not commit to appointing as many women as men in some eventual cabinet. That is not right."

Scheer retorted: "I can assure the prime minister that the cabinet for the government of Canada after the 2019 election will have plenty of strong Conservative women in it."