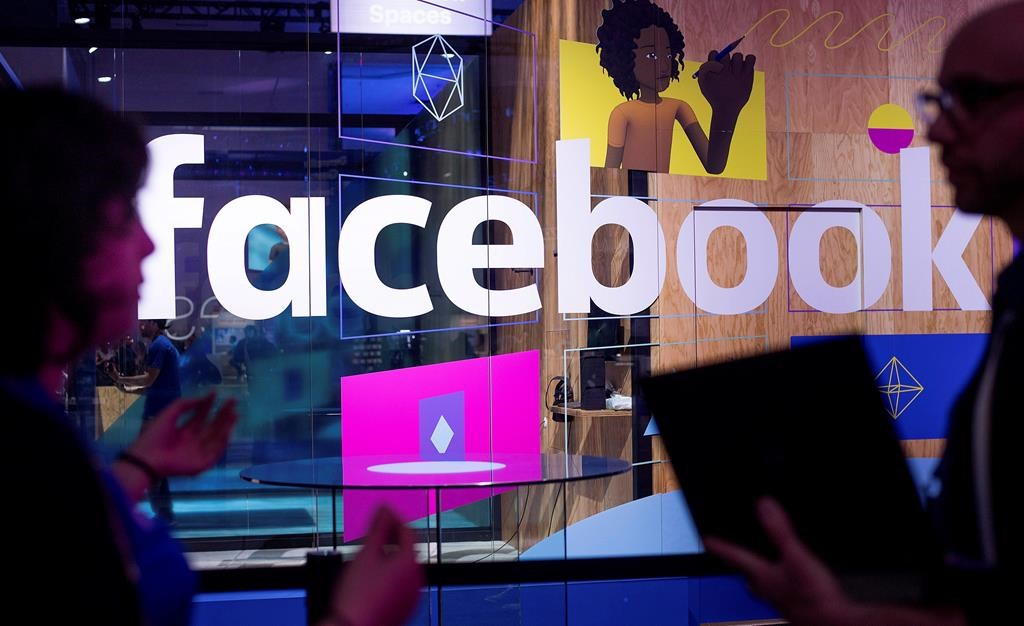 Facebook announced on April 6, 2018 that it was suspending Canadian consultancy firm AggregateIQ over the data scandal. File photo by The Canadian Press
Previous story
Next story

The Canadian company at the heart of the international scandal over the unauthorized use of Facebook information received $100,000 in federal funding last year to develop data-driven tools for political campaigns, The Canadian Press has learned.

AggregateIQ Data Services Ltd. received the one-time contribution from the National Research Council for a nine-month project aimed at developing digital tools to predict who would turn out to vote and the likelihood of supporting a specific candidate, and to predict the outcome of a campaign's communications strategy.

The British Columbia company is under investigation by privacy officials in Ottawa, B.C. and the United Kingdom for its role in influencing the outcome of the U.K.'s Brexit referendum. It is also under investigation for allegedly violating limits on spending during that campaign to benefit the "leave" side.

On Friday, Facebook announced that it has suspended AggregateIQ from its platform following reports that the company may be connected to Cambridge Analytica's parent company, SCL, National Observer reported.

"In light of recent reports that AggregateIQ may be affiliated with SCL and may, as a result, have improperly received FB user data, we have added them to the list of entities we have suspended from our platform while we investigate," a Facebook spokesperson said.

"Our internal review continues, and we will co-operate fully with any investigations by regulatory authorities."

Facebook estimates the personal information of 622,161 users in Canada — and nearly 87 million worldwide — was improperly accessed by Cambridge Analytica.

The privacy controversy has put a spotlight on the use of data by political parties, which depend heavily on access to quality data about voters to target their campaign pitches.

In the months following the 2016 Brexit and Trump victories, the National Research Council provided AggregateIQ with $100,000 in funding, under the Industrial Research Assistance Program, to support a $250,000 project by the company.

A copy of the funding agreement, obtained by The Canadian Press under the Access to Information Act, says the project's objective was to create tools to help political campaigns accurately predict voter turnout, the likelihood of support for a specific candidate and the effectiveness of a given campaign communications strategy.

"At the completion of the project, AggregateIQ will have an agnostic campaign data reporting platform that will enable our staff to provide more efficient consulting in the work we do as well as sell access to the tool for other organizations to use," reads the agreement.

"This will make our consulting business able to handle more clients and open a new line of revenue in sales and support of a much needed tool in the campaign space."

The NRC's project with AggregateIQ was scheduled to begin Jan. 1, 2017, and end Sept. 30, 2017. The agreement also contained a section that outlined "ethical" considerations.

"While this project relies heavily on the collection of data to support analytics and decision making, the data that will be collected is either a data derivative or anonymous data," the document said, stressing that none of data would have information that could be used to identify individuals.

"With no personal data and no data that could be matched back to an individual, we believe that the project meets all ethical requirements and does not require further ethical review," the agreement said.

In its pitch to the NRC, the company, which said it employed 10 people at the time, wrote that it would provide $148,620 towards the project.

The company also stressed the demand for such a political tool — and referenced the Trump and Brexit campaigns as examples.

"As is evidenced by the recent election between Trump and Clinton, or with the U.K. EU referendum, the traditional polling companies are unable to accurately predict outcomes," the document said.

"Political decision makers are turning to internal data analytics to decide where to spend money, allocate resources and ultimately find out if they are going to win."

The Canadian Press sought comment from AggregateIQ's chief operating officer, Jeff Silvester, who is listed in the agreement as the company's representative, but received no response. The agreement was signed by AggregateIQ's CEO, Zackary Massingham.

On Thursday, the federal and British Columbia privacy commissioners announced they are joining forces to investigate Facebook and AggregateIQ.

The federal privacy watchdog first launched an investigation last month to look into allegations about the unauthorized access of private Facebook data. It broadened its probe to join the B.C. privacy czar's ongoing probe of the Victoria-based AggregateIQ, which began late last year, to determine whether the company broke privacy laws.

A spokesman for the National Research Council said last year's funding agreement with AggregateIQ was "the first and only collaboration with the company."

"The Industrial Research Assistance Program works with firms under specific and strict terms and conditions, and evaluates each project on an individual basis, following a rigorous process," said Charles Drouin.

I never did understand how

I never did understand how taxes could pay for this. Wasn't the work done for the libs?