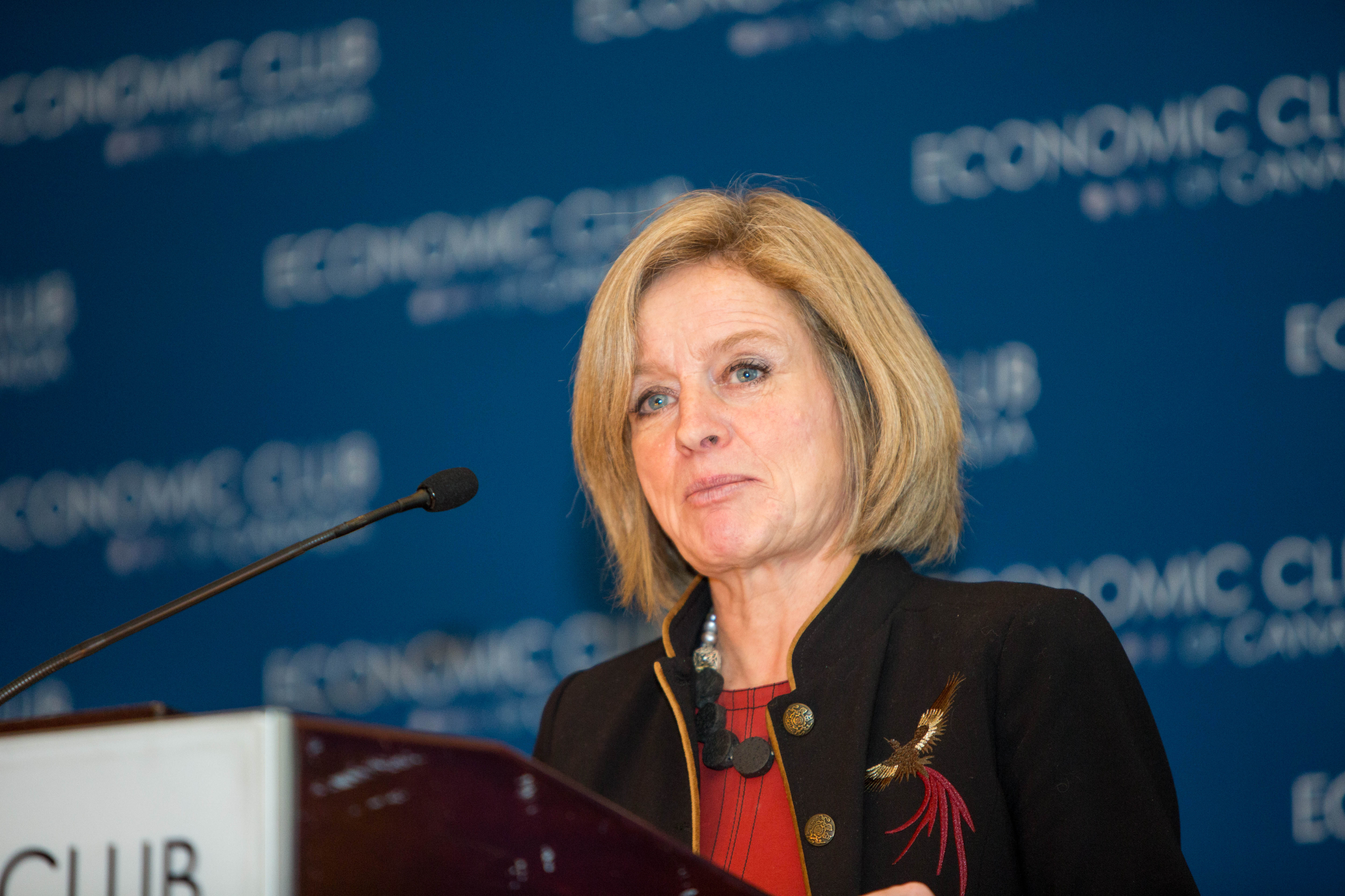 Alberta Premier Rachel Notley says British Columbia's opposition to the Trans Mountain pipeline threatens the rule of law in Canada and says she made it clear in a phone call to B.C. Premier John Horgan that her province is retaliating.

Notley said Monday they had what she called a "very frank chat."

She also said she is also introducing legislation as early as this week to give Alberta the power to reduce oil flows to B.C., which could send gas prices in the province soaring.

Notley's come comments after Kinder Morgan announced Sunday it was scaling back work on the Trans Mountain pipeline, saying opposition from the B.C. government puts the project at risk.

B.C. is fighting the multibillion-dollar expansion with legal challenges and permit delays over concern about oil spills and coastline protection.

The expansion project, from Edmonton to Burnaby, already has federal approval and Notley says B.C.'s actions ignore the rule of law and threaten to provoke a constitutional crisis.

"There are those out there who are, at this point, calling this moment that we are in a constitutional crisis for the country," Notley said in a statement prior to a cabinet meeting. "I don't know really if that's too far off."

Kinder Morgan has given a deadline of May 31 for a clear signal that the Trans Mountain project can proceed.

Notley said the federal government needs to step up with concrete action.

"If the federal government allows its authority to be challenged in this way, if the national interest is given over to the extremes on the left or the right, and if the voices of the moderate majority of Canadians are forgotten, the reverberations of that will tear at the fabric of Confederation for many, many years to come," she said.

The project would triple the amount of oil shipped from Alberta to B.C.

Notley says the expansion is critical to getting oil to overseas markets and fetching a better price. Right now, Alberta oil is effectively confined to North American markets and sells at a comparative discount due to shipping bottlenecks.

The legislature held an emergency debate on the importance of the Trans Mountain issue Monday afternoon.

"I don't think (Trudeau) really believes in this fight," said Kenney. "I think he's going through the motions. I hope I'm wrong."

Notley said Sunday if Kinder Morgan investors pull out over lack of faith in Trans Mountain, the province may step in and take an equity stake in the expansion.

Kenney says he agrees with that even though it runs counter to his free market instincts.

"These are truly unique circumstances," said Kenney. "We are facing a potential catastrophe for our economic future if we don't get a coastal pipeline."

BC has not stopped anything.

BC has not stopped anything. They are asking for their day in court. KM is deciding what to do. The only reason for Notley to threaten retaliation against a fabricated transgressor is to desperately attempt to hold on to power in a year.
What will Trudeau do when Kenney uses the carbon agreement to wrap his fish with? So much stupid posturing and horrible decisions

Rachel, you want the Federal

Rachel, you want the Federal Government to Buck Up for your pipeline, as they have helped out financially with the Aeroplane and Auto industries in the past. Is that on top of the $12.2 BILLION in Federal Subsidies [Export and Development Canada] the Oil and Gas Industry currently receives annually?