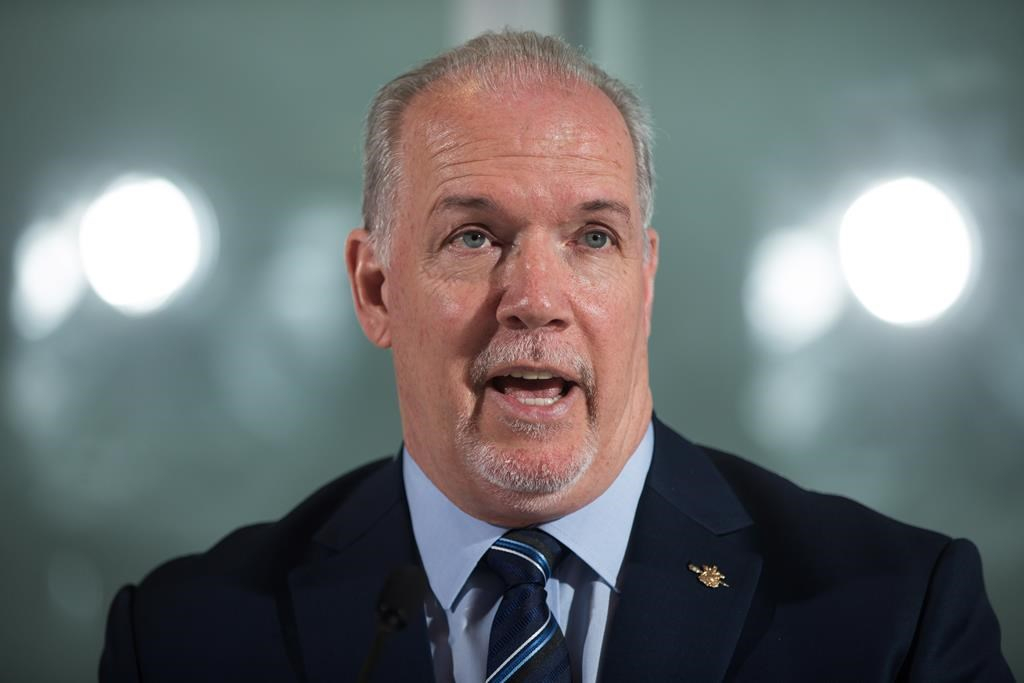 Alberta's New Democrat government served notice Tuesday of plans to introduce legislation that Premier Rachel Notley has said will give the province the power to reduce oil flows and likely prompt a spike in gas prices in B.C.

Motorists in Metro Vancouver currently pay more than $1.50 a litre for gas.

The pipeline dispute between B.C., Alberta and the federal government heated up last weekend when Kinder Morgan Canada announced it was suspending work on the $7.4-billion Trans Mountain pipeline expansion because of opposition and delays in B.C.

The project, which would triple capacity between Edmonton and Burnaby, B.C., received Ottawa's approval in 2016, but court challenges and permit delays in B.C. have held up construction.

The B.C. government announced in February that it will ask the court to decide if it has the right to restrict diluted bitumen in the Trans Mountain pipeline. The decision to refer the matter to the courts prompted Alberta to suspend a ban on wine imports from B.C.

Horgan said Tuesday that he's concerned about any new legislation in Alberta that may have adverse consequences in his province, including increased gas prices.

"I'm always concerned when a jurisdiction to our east decides that they are going to take provocative action because of our attempt to talk to British Columbians about how we protect our environment," he said.

"I don't believe legislation that would put an adverse impact on the people of B.C. is in anyone's interest and I'm surprised the government of Alberta is bringing it forward."

Debate around Trans Mountain has turned to fear-mongering rather than facts and evidence, B.C. Green Leader Andrew Weaver said in a statement Tuesday.

"In Alberta, Ms. Notley is engaging in her own fear-mongering by alleging this amounts to a 'constitutional crisis,' " he said. "It is irresponsible to be throwing such inflammatory terms around when B.C. is simply trying to consult with British Columbians and to seek scientific evidence about a substance that poses a significant risk to our communities and to our economy."

Alberta's proposed legislation is expected to be debated next week.

Notley said Tuesday that the province is prepared to buy the pipeline in order to get its oil products to the ports on the West Coast.

Kinder Morgan has set May 31 as the deadline for various stakeholders to reach agreement that could allow the project to proceed.

Is Trans Mountain construction continuing, despite what Kinder Morgan said?