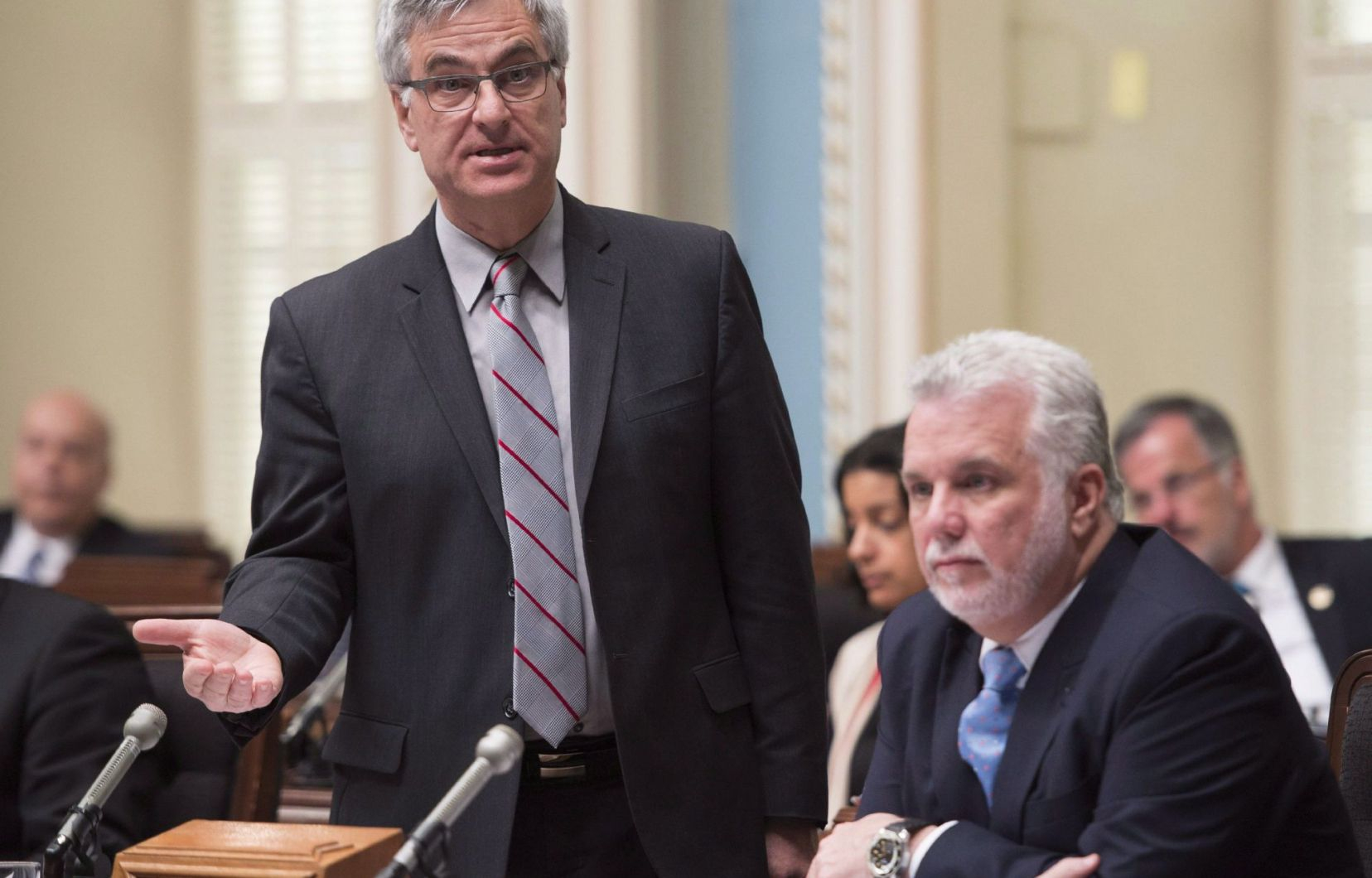 In the letter, published on Saturday in Montreal daily, La Presse, Jean-Marc Fournier suggested that Quebec would never accept a project if the federal government tried to ram it down the province's throat as it now appears to be doing in British Columbia.

"The recent statements made by federal representatives regarding the Trans Mountain pipeline, evoking the explicit application of federal rules don't help resolve this file and they are concerning for the future," wrote Fournier, a veteran politician who has previously worked as a high-ranking political advisor to the federal Liberals.

Fournier said the current federal position encourages companies to "ignore provincial environmental regulations" that have been established to protect the public and those affected by industrial projects.

"The federal government should instead collaborate with the affected provincial governments and agree on a joint assessment process that ensures respect for each province's jurisdiction, as well as the democratic choices made by all Canadians," Fournier said in the letter.

Earlier this week, Couillard also said that the federal government's approach was not a good sign for Canadian federalism.

The warnings from Quebec come on the eve of a special meeting convened by Trudeau on Sunday in Ottawa with Alberta Premier Rachel Notley, who supports the Trans Mountain project, and B.C. Premier John Horgan, who is opposed to the pipeline.

Trudeau criticized for not inviting Indigenous representative to meeting

Quebec's concerns were not the only ones raised over the past week.

Perry Bellegarde, national chief of the Assembly of First Nations, has also criticized the prime minister for failing to invite any Indigenous representatives to the Sunday meeting.

"#FirstNations people need to have a seat at the table and be involved in the decision-making process from the outset," Bellegarde wrote on Twitter on Saturday.

#FirstNations people need to have a seat at the table and be involved in the decision making process from the outset. https://t.co/wAPmIzrmzq

In an interview with CTV political talk show, Question Period, Bellegarde said that Trudeau had made a "big mistake."

“I think it’s a very big miss for the government," Bellegarde said in the interview. "You’ve got the federal Crown, you’ve got the provincial Crowns, you’re missing out the rights and title holders and that’s the most important element."

Federal Natural Resources Minister Jim Carr has said that the Trudeau government led extensive and unprecedented consultations with Indigenous communities and other stakeholders prior to approving Trans Mountain.

But Carr has declined an interview request regarding a recent report by National Observer that revealed the government was warned by public servants in 2016 of concerns that its Kinder Morgan process was "moving fast" and in danger of repeating mistakes that led to the failure of another west coast pipeline, Enbridge's Northern Gateway project, that saw its federal approval quashed by the Federal Court of Appeal in June 2016.

In February, Trudeau told National Observer in an interview that the Trans Mountain project was in the national interest and part of a package of policies needed to implement a climate change plan to meet Canada's international commitments under the 2015 Paris agreement.

While Trudeau has accused Horgan of trying to "scuttle" that national climate change plan, Kinder Morgan opponents have argued that the pipeline will lead to unsustainable growth in Canada's oilsands sector that would push the country's greenhouse gas reduction targets out of reach.

Good old Quebec. `Let's see if we can make it about us.'

Justin is clearly bypassing our First Nations Leaders and is harming legitimate Reconciliation attempts. So blinded by global giants that he doesn't see the truth.

I lived and worked in Quebec

I lived and worked in Quebec for three decades. Quebec governments have always put their people first. (One exception was the Hydro Quebec drowning of First Nations hunting lands near Hudson's Bay.) I am pleased that John Horgan is doing the same - at least on this issue. (Funny thing, the one exception was a drowning of First Nations territory for the Site C dam. What is it about dams?)

Time for Trudeau to become a

Time for Trudeau to become a leader; no its to late he is a lost cost and All Canadians, this includes Indigenous peoples, are going to pay the price.

Enough is enough. Get rid of Trudeau and the Liberal yes person's