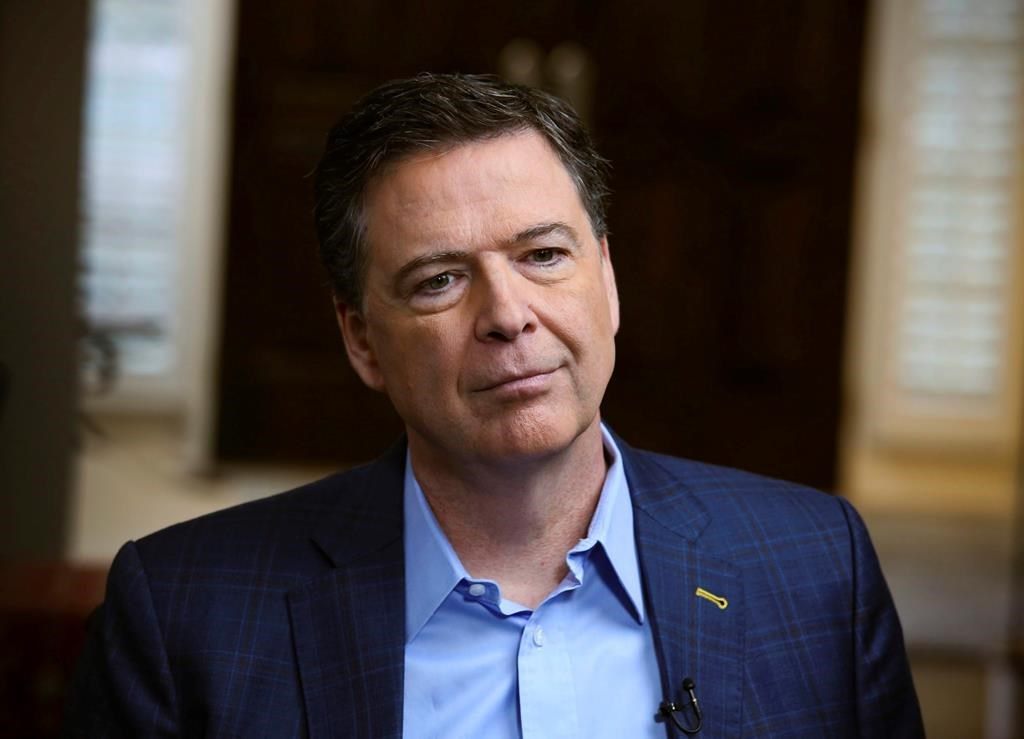 In this image released by ABC News, former FBI director James Comey appears in an interview with George Stephanopoulos aired on Apr. 15, 2018 on the ABC Television Network. Photo by Ralph Alswang/ABC via AP
Previous story
Next story

Former FBI director James Comey, whose new book has provoked angry tweets from President Donald Trump, is scheduled to speak at an Ottawa conference just before the G7 summit in early June.

Comey is to be part of the annual Canada 2020 conference and the progressive think tank says he will share insights on ethics, leadership and global security.

The conference this year will mirror the themes set for the G7 meeting in Charlevoix, Que.

They include discussions on the future of work, inclusive growth, gender equity, energy and peace.

Comey is scheduled to be in Toronto in May too, marketing his new book.

The book, A Higher Loyalty: Truth, Lies & Leadership, questions Trump's character and honesty. And in return the president's tweets have called Comey "slippery" and the worst FBI director in history.

Highlights of Comey book: Seven details from tell-all tome that has Trump fuming