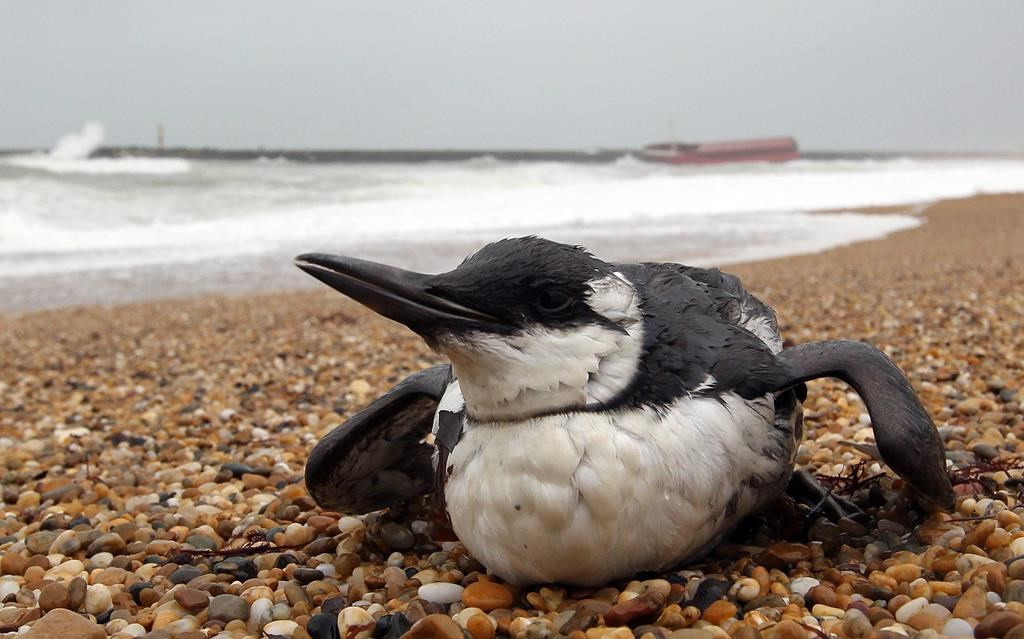 A guillemot seabird sits on the beach of Cavalier in Anglet, southwestern France, on Tuesday, Feb. 11, 2014. File photo by The Associated Press/Bob Edme
Previous story
Next story

Mother Nature is losing her timing.

A major study has concluded that the delicately choreographed interactions between species that keep food webs functioning are more and more out of synch. And while the paper isn't conclusive, it casts a suspicious eye on climate change.

"Everything is consistent with the fact it's getting warmer," said Heather Kharouba, a University of Ottawa ecologist and lead author of a paper published Monday in the journal Proceedings of the National Academy of Sciences.

Scientists have been finding for years that events in the natural world aren't quite lining up the way they used to.

Caribou calves are born later during the thick of blackfly season. Migrating hummingbirds, adapted for a specific spring flower, miss its bloom. Seabirds no longer rear their chicks when fish are most abundant.

"Most of the examples were about food," said Kharouba. "Is it available or is it not?"

Kharouba and her colleagues decided to find out if the phenomenon was widespread and if they could measure it.

Mining previous research from 1951 to 2013, they examined 88 species of mammals, birds and fish from four continents. The data included 54 different relationships involving predators and prey, plant eaters, pollinators and competitors.

The team found that, as the climate has warmed, events in those relationships have been occurring an average of four days earlier per decade since the early 1980s — about 14 days in total.

Not all are changing at the same rate, though.

Some are closer together; some are further apart. The split is about 50-50. The relative timing of the events between species is now, on average, off by about 21 days.

"It leads to a mismatch," Kharouba said. "These events are out of synch."

She said time spanned by the data was too short to prove the mismatches were caused by climate change. The correlation, however, was strong.

"We think it is the case," she said. "All the changes we see are exactly what we would predict with warmer temperatures and how we would expect biology to respond."

The consequences are similarly hard to predict, but potentially far-reaching.

Mismatches at the bottom of the food chain could reduce resources all the way up, Kharouba said. One study in a lake found the timing of blooms for the one-celled plants and animals that underlie aquatic life is off by 34 days.

Conservation managers looking after endangered species may have to start taking environmental mismatches into account, the ecologist suggested.

Not all species rely on specialized, carefully timed interactions with other organisms. Others may be able to adapt.

But it's not always possible for species to work things out for themselves. Some events are driven by warmth and some by day length. One is changing; the other isn't.

This is new ground and scientists just don't have the information to predict what's going to happen. New studies based on longer time scales or using models to simulate them need to be conducted.

"We don't have the data," Kharouba said.

What on Earth? Why climate change skeptics are backing geoengineering

Hotting up: how climate change could swallow Louisiana's Tabasco island