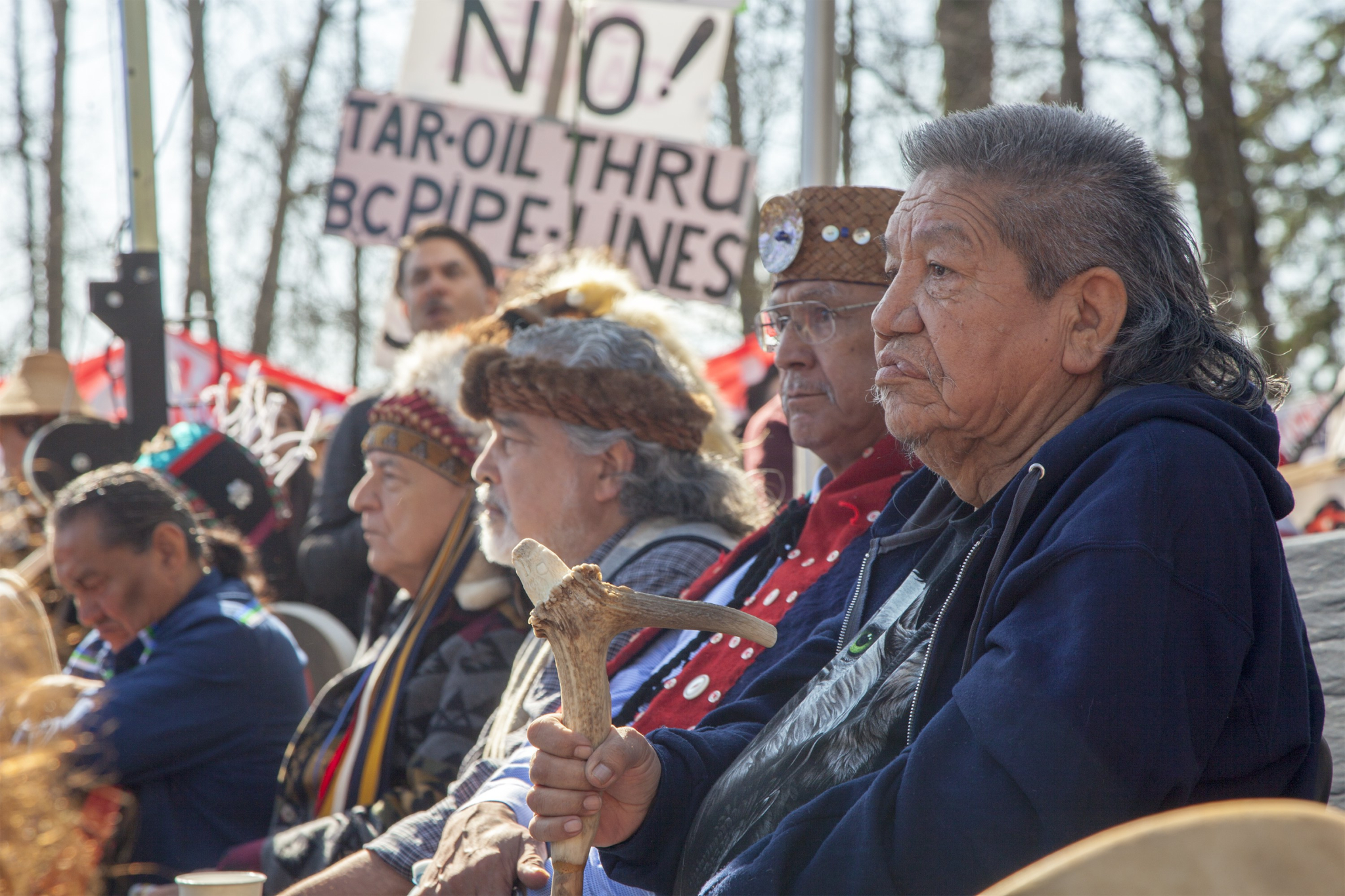 A lawyer for the Tsleil-Waututh Nation has until the end of the day on Wednesday to file a motion seeking new evidence in a court battle that is casting a shadow over the federal government's 2016 approval of the Trans Mountain expansion project.

The major west coast pipeline expansion project proposed by Texas energy giant Kinder Morgan has provoked a battle between Canadian provinces that has split public opinion across the country.

Alberta, home to the world's third largest reserves of crude oil after Saudi Arabia and Venezuela, wants the pipeline to allow its producers to reach new markets in Asia. British Columbia says such a project would damage its coastlines and economy.

But the case is now moving into an unexpected court battle provoked by recent reports by National Observer. The reports featured eyewitness accounts from public servants who said that the government had made up its mind to approve the project during an Oct. 27, 2016 meeting, before finishing its consultations with First Nations. The sources inside that meeting said that a high-ranking official, then-associate deputy minister Erin O'Gorman, instructed them to find a legally-sound way to allow the federal cabinet to approve the project.

These allegations, if proven in court, would call into question the legality of the decision, announced by Prime Minister Justin Trudeau on Nov. 29, 2016, to approve the Trans Mountain project.

The Tsleil-Waututh Nation (TWN) said through its lawyer, Scott Smith, that it had long suspected that the process was rigged, and it filed a notice last Thursday at the Federal Court of Appeal in response to the National Observer reports. Smith wants the court, which concluded hearings six months ago on a legal challenge of the government's approval, to reopen the case and consider new evidence before issuing a ruling.

Lawyers for Kinder Morgan and the federal government's attorney general quickly responded on Friday, warning that the proposed motion could cause delays.

Smith then sent a second letter to the court on April 29, citing a new report from National Observer, along with supporting documents that appear to confirm the allegations raised by public servants.

The Tsleil-Waututh Nation "is of the view that the new evidence, viewed in the larger context of the existing evidence which is already before the Court, casts further unfavorable light on Canada's approach to 'consultation' with TWN."

"Accordingly, TWN is of the view that the new evidence, viewed in the larger context of the existing evidence which is already before the Court, casts further unfavorable light on Canada's approach to 'consultation' with TWN," wrote Smith in the April 29, letter. "Finally, we can advise that the National Observer has also since published a third article on April 27, 2018, entitled 'I was in shock,' says government insiders about instructions to ensure approval of Kinder Morgan pipeline.' The article states that another whistleblower who was at the relevant October 27 meeting has come forward and further confirmed that ADM O'Gorman provided the above-noted instructions to federal officials."

Smith explained in his letter that the evidence uncovered by National Observer shows that his proposed motion "cannot be characterized as an exercise in speculation or being in the nature of a 'fishing expedition' in any sense," since the nation knows which documents it wants the federal government to produce.

His letter also rejected a statement made on Friday by Kinder Morgan's lawyer, Maureen Killoran, which suggested the documents didn't exist.

"Trans Mountain is not in a position to make representations regarding what federal documents do or do not exist, and whether they would have any influence on the result of the case," Smith wrote.

On Monday, Federal Court of Appeal Justice Eleanor Dawson delivered a notice instructing the Tsleil-Waututh to file its motion and any additional evidence by the end of the day on May 2, 2018.

The latest legal maneuvers also coincide with ongoing political debates in the House of Commons over the implications of Trudeau's decision and policies on climate change and the energy sector.

If built, the expansion project would increase the oil shipping capacity of Kinder Morgan between Edmonton and Burnaby in Metro Vancouver up to 890,000 barrels per day of heavy oil and other petroleum products. Such a project would also dramatically increase oil tanker traffic off the west coast, while potentially delivering Canadian oil to new markets in Asia.

Scientists, including experts from the federal Environment and Climate Change Department, have warned that there are gaps in science regarding what might happen if these ships run into an accident and cause a spill.

The federal government has said that the risk of a disaster is manageable because of new and emerging research, although it hasn't pinpointed exactly what new research led it to reach this conclusion.

In the Commons on Monday, the Trudeau Liberals continued to be sandwiched between Conservatives who accused them of trying to scuttle Canada's energy industry, and New Democrats, who accused the government of rigging the game in favour of the oilpatch.

Candice Bergen, a Conservative MP from Manitoba, accused the government of harming the entire economy by requiring polluters to pay through a new carbon tax. Her point was immediately swatted away by Finance Minister Bill Morneau who noted that Canada has the fastest growth among G7 countries and one of the lowest unemployment rates in the past 40 years.

Natural Resources Minister Jim Carr also rejected questions from Guy Caron, the NDP parliamentary leader, about whether the Kinder Morgan process was rigged. Instead, Carr insisted that the government had undertaken "the most exhaustive consultation on pipelines in Canadian history."

Caron also noted in the Commons that none of the six federal organizations that were involved in the Oct. 27, 2016 meeting have denied that O'Gorman gave public servants instructions to find a way to approve the pipeline.

"A participant in that meeting told National Observer, 'I was rather shocked at being given that direction. It's not something that I would have expected from a Liberal government,'" said Caron in the Commons. "Is the minister still denying it."

Carr responded with a carefully-worded statement.

"I am not denying the facts," he said, drawing some applause and jeers from the opposition benches. "The fact is our government released extensive materials explaining the basis for its decision making...the ministerial panel, the summary of NRCan's online consultations, the Crown consultations and accommodation report, Environment and Climate Change Canada's estimate of greenhouse gas emissions, summary of National Energy Board recommendations, and the Order in Council approval."

At least try a different spin

At least try a different spin Carr...you're sounding like a broken record with your non answers (brings to mind the HarperCons...)

Release the unredacted documents in question to the Federal Court and let them decide how "exhaustive" these "consultations" were.