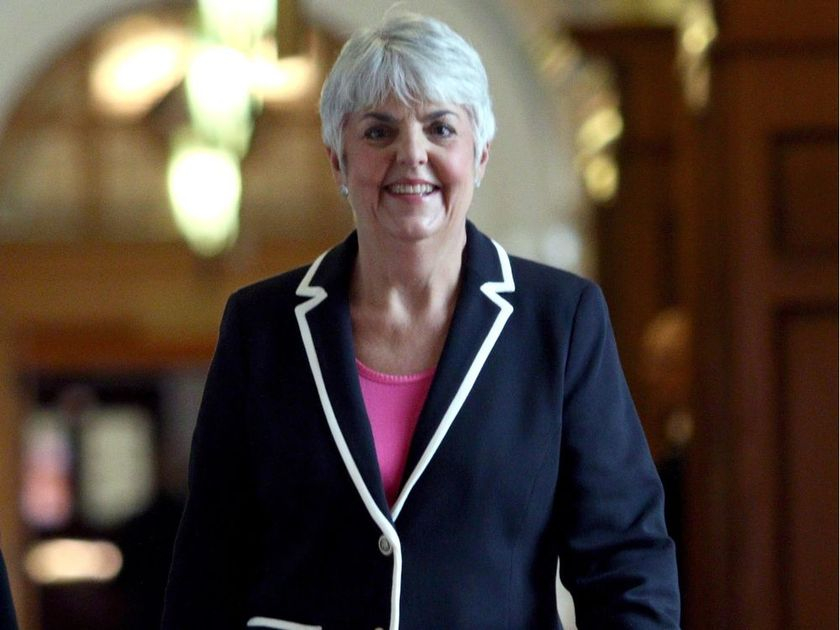 B.C. Finance Minister Carole James is in a position to make significant change in the province’s Indigenous relations.

Part Metis, James has extensive experience in the child welfare field, and is now, perhaps, the most powerful woman in the province, managing its budget and finances.

B.C. and Canada are at a decisive point in their relationship with Indigenous people -- both governments have committed to reconciliation and recognition of Indigenous rights, yet true change has proven to be a formidable task, rife with challenges, hard decisions and significant financial implications.

One of the most important steps taken so far by B.C. Premier John Horgan is making the entire government responsible for implementing the United Nations Declaration on the Rights of Indigenous People, James says.

Every B.C. cabinet minister has a mandate letter, which describes their responsibilities. In all of them, Horgan included the responsibility for moving forward on the Truth and Reconciliation calls to action and reviewing policies, programs and legislation to bring the UNDRIP principles into action.

“We all have a responsibility among all of us,” James said. “That means, in all of our decisions, to take a look at how it impacts UNDRIP and how it impacts the Truth and Reconciliation recommendations. Does this move it ahead?”

The Truth and Reconciliation Commission made 94 calls to action, recommending changes to child welfare, education, language, health, justice — nearly every area of government and life in Canada. UNDRIP is an 18-page declaration which includes passages about the equal rights of Indigenous people in everything from self-determination to cultural traditions to conflict resolution.

While the intentions of James and the NDP government are good, some say implementing real change in the province’s relationship with Indigenous people has been slow and will be a challenge, especially with contentious issues like the Kinder Morgan Trans Mountain pipeline and the Site C dam. 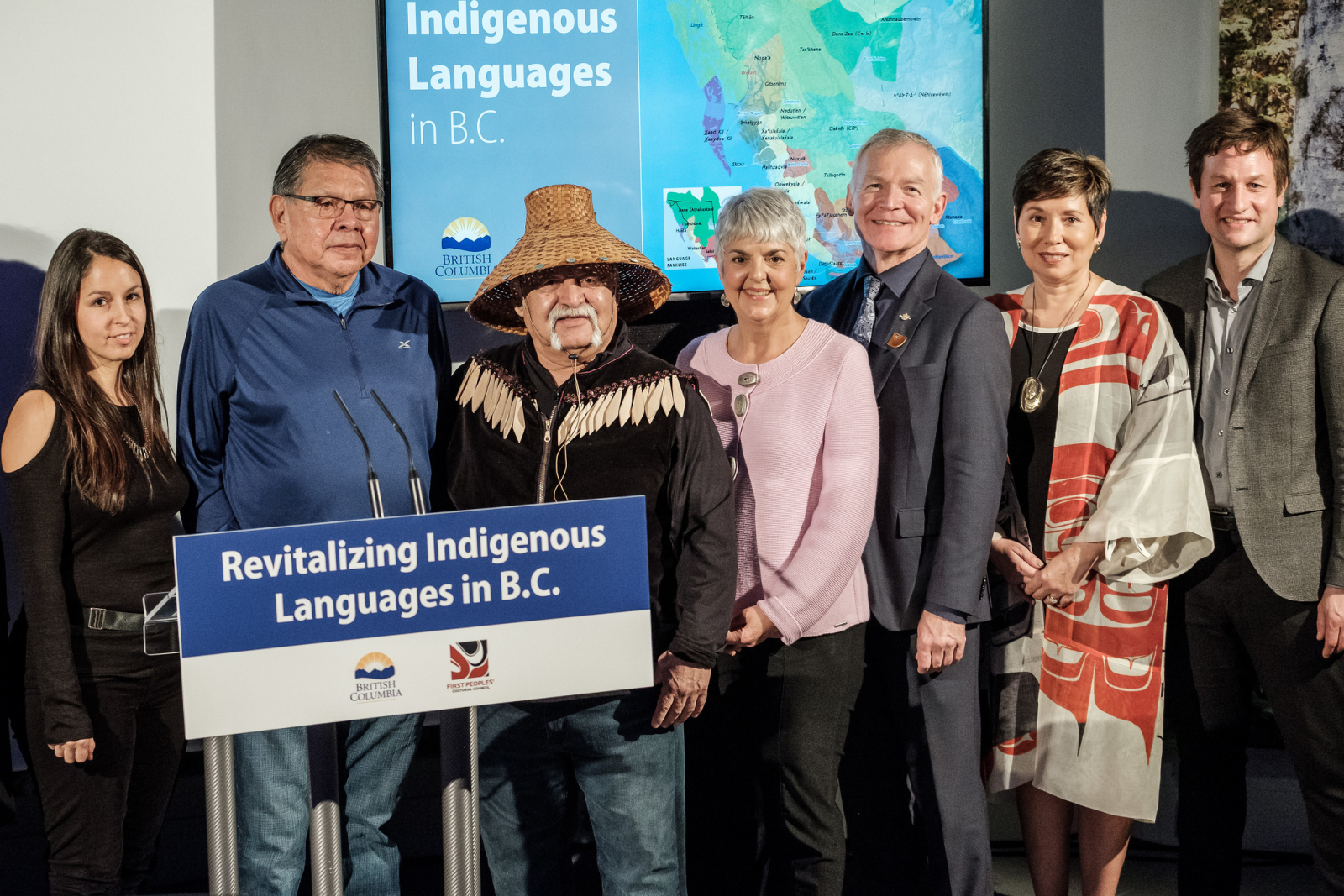 James learned about her Metis heritage in her 20s

In the history of B.C., James is only the third female finance minister and almost certainly one of the first with Metis heritage.

Her Metis heritage comes from her birth father.

“When I was in my early twenties, I did a little bit of family searching and discovered that my father was Metis, and that my grandmother was raised in what they called then a ‘half-breed camp’ in Saskatchewan.”

James is quick to say her life experience doesn’t compare to other Indigenous people's.

“I wouldn’t profess to experience what people have who have grown up Aboriginal or in Aboriginal communities, because I didn’t,” she said. “But it is a part of my heritage and something that I am continuing to learn about.”

James, who is also deputy premier, was leader of the NDP from 2003 to 2010. Before that, she was a school trustee and a long-term foster parent.

In late April, James announced that B.C. is the only province to be rated AAA with all three international credit rating agencies: Moody’s, Standard and Poor and Fitch. James said this reflects B.C.’s sustainable fiscal plan and prudent debt management.

But it’s not all glowing reviews. James introduced several controversial tax measures in the February 2018 budget designed to cool the province’s housing market. While the measures have yet to be finalized or implemented, some details were changed after criticism from the public and homeowners have rallied against an increase to a school tax for homes valued higher than $3 million. A new health tax to replace Medical Service Premiums has some employers crying foul, saying their expenses will rise significantly.

Rights, title and informed consent: are we there yet?

One of the passages that could most significantly change the way governments work with Indigenous people is UNDRIP’s Article 32:

“States shall consult and cooperate in good faith with the indigenous peoples concerned through their own representative institutions in order to obtain their free and informed consent prior to the approval of any project affecting their lands or territories and other resources, particularly in connection with the development, utilization or exploitation of mineral, water or other resources.”

Sheryl Lightfoot, a Canada Research Chair at the University of British Columbia in First Nations and Indigenous Studies, says she was very encouraged with the strong commitment expressed by the NDP government when it first came into power, but that moving into the details of implementing UNDRIP and the TRC calls to action has been more complicated.

“There are huge issues on the table that are of direct consequence to B.C. and they are incredibly complicated and deal with so many constituencies,” said Lightfoot, who is Anishinaabe and a citizen of the Lake Superior Band of Ojibwe.

“Trying to figure out how to do free prior informed consent correctly, equitably, (and) fairly is a huge public policy dilemma.”

One example is the Kinder Morgan Trans Mountain pipeline, but the same questions apply to all types of development and industries. And it’s not just a question of how best to do prior informed consent in B.C. or in Canada – the world is watching, Lightfoot said.

“It’s a formidable task, but it’s a necessary one, because we can’t be a proper democracy if some people have the right of consent and some people don’t,” Lightfoot said. “It is one that we have to get right, and it is incredibly thorny.”

She said some collective bodies, such as municipalities, have the right to consent, while Indigenous peoples don’t have that right, as collectives.

“When we as a society come to a solution that is equitable, fair and just, it will actually reduce conflict over time,” Lightfoot said. “But it’s going to be contentious and difficult in the short run.”

James agrees, saying that consultation can and should result in benefits for the province, such as more certainty for projects and better relationships.

“I think the (Trans Mountain) pipeline is an example of the challenge when you don’t have First Nations on board,” James said.

Lawyer Geoff Plant, former B.C. Attorney General from 2001-2005 in the Gordon Campbell Liberal government, says he applauds the move to include UNDRIP in Cabinet members’ mandate letters so they can be held to account, but wants to see more concrete action. 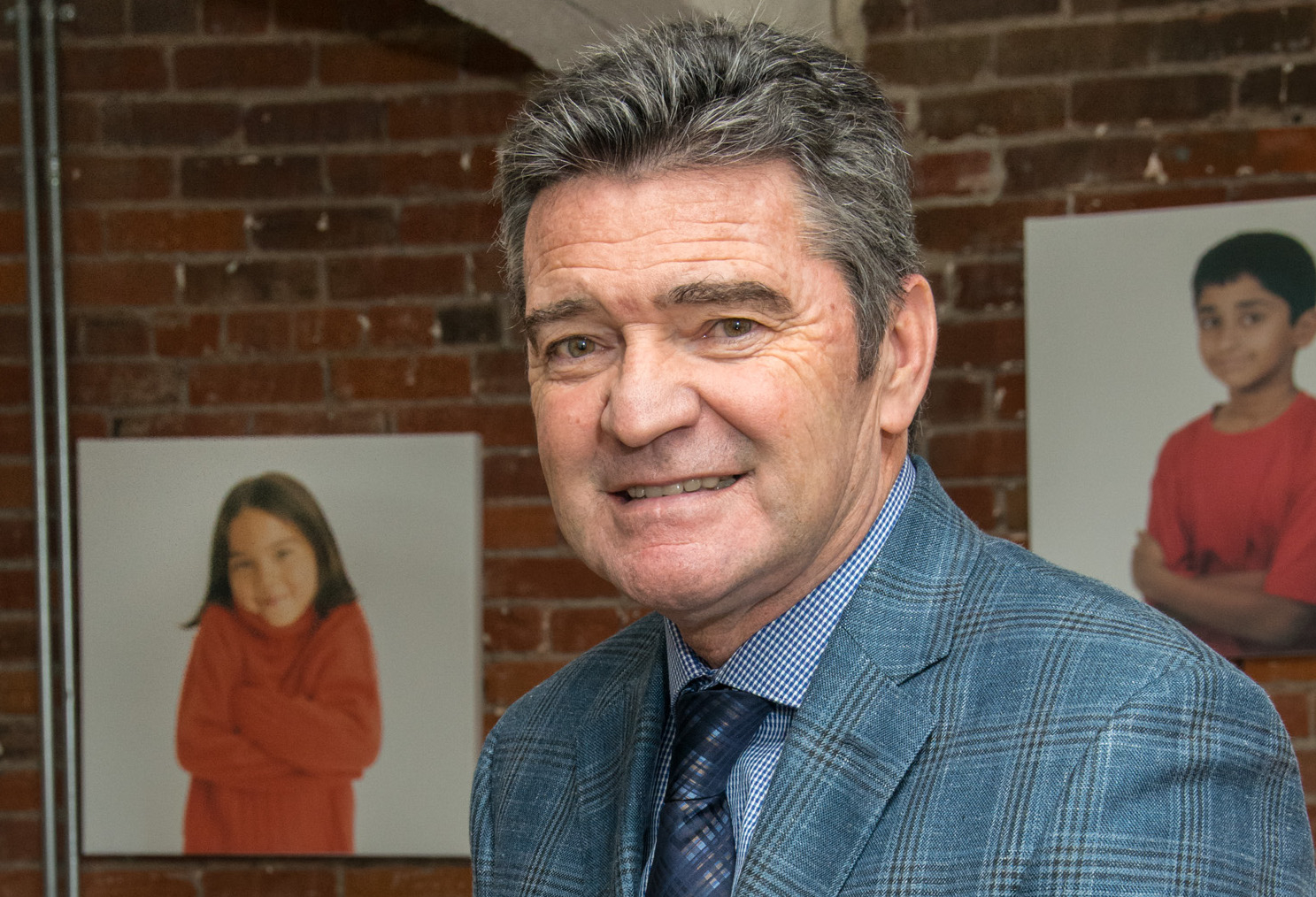 B.C.Representative for Children and Youth Bernard Richard says he's not seeing the change he would like to see on Indigenous child welfare

Child welfare is one area that promises to test the new relationship. Most children in care in B.C. are Aboriginal — 62.7 per cent — while only about nine per cent of all kids are Indigenous. While the federal government is responsible for child welfare for Indigenous children who live on reserves, the province is responsible for those who do not.

In this area, B.C.’s representative for children and youth Bernard Richard says he’s not seeing the change where it needs to happen.

“There is still lots of work to do there,” Richard said.

Richard particularly noted a recent case in which a B.C. court judge ordered a First Nations baby returned to its mother, after it had been placed with its paternal grandmother against the wishes of the Huu-ay-aht First Nation, which pledged to provide all supports necessary to keep the baby safe.

“I think the ministry would have been better off to provide the resources to support this mom, rather than to go to court,” Richard said. “They had to be ordered by a court to give the mom access to her child to breastfeed.”

James noted the government introduced legislation in late April that supports the greater involvement of Indigenous communities in child welfare, and that the province has made progress on more than 60 of 71 recommendations brought in by Grand Chief Ed John in a report on Indigenous child welfare.

But Richard said he would have liked to see a greater emphasis in the new legislation on prevention and family supports.

“It’s hard for me to get really excited about it, but on the other hand, they’re doing something,” Richard said. “I’m just not convinced that it’s going to change a whole lot on the ground very soon."

Child welfare —which shapes the next generation — promises to be a test case for B.C.'s new relationship with Indigenous people. This field, along with resource extraction and protection of the oceans will test the province's real commitment to change when it comes to prior, informed consent and Aboriginal rights and titles.

B.C. and Canada poised for change in the near future

James says Canada is at a very unique time in its history – one that makes progress possible.

Resolving rights and title shouldn’t be considered costs, she said.

“I believe these are investments in rights and title – investments in our communities,” James said. “I think we have to remember that any resources that go towards reconciliation and that go towards issues like rights and title or treaties are dollars that don’t get taken out of British Columbia, they in fact get spent right in the province. So, I think they are benefits.”

With that attitude, James is clearly capable and ready to make a significant contribution to change, but it's going to be a complicated and fraught process. But, as Sheryl Lightfoot said, the world is watching, so it's time to get it right.