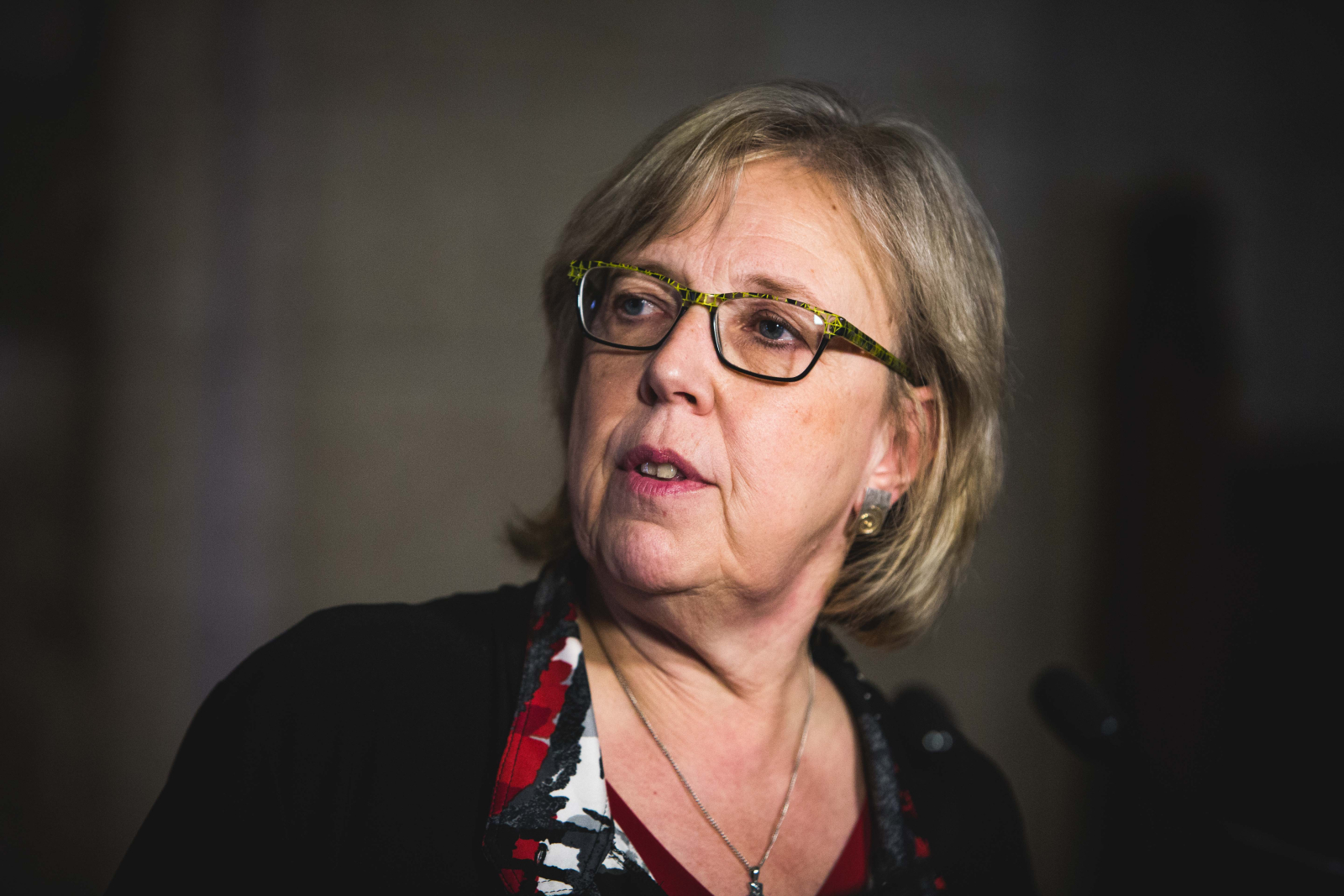 A third-party investigation has concluded that claims of workplace harassment against Green Party leader Elizabeth May are without merit. The investigation was closed in May 2018. File photo by Alex Tétreault
Previous story
Next story

An independent investigation into claims of workplace bullying against Elizabeth May has cleared the Green Party leader of all accusations.

The Green Party of Canada released the report summary on Thursday. Led by third-party investigator Sheila Block of Torys LLP, it found that the allegations of three former party employees, shared with the Toronto Star and The Hill Times in January, "do not constitute workplace harassment."

May stood accused of various forms of verbal and emotional abuse, including yelling at the staffers, putting them down in front of colleagues, and in one instance, slamming a door over an office paint job.

According to the investigator, all allegations were accepted "as true" during the course of the proceedings, but ultimately, did not officially amount to workplace harassment.

"We also accept that the three complainants feel strongly that they were mistreated," said the report summary. "However, in our opinion, their allegations, if accepted as true, do not rise to the level of workplace harassment under the Occupational Health and Safety Act."

In an interview with National Observer, May said she "never felt the conclusion of the report was in any doubt, because I knew the allegations were baseless."

According to the Occupational Health and Safety Act, anyone charged with workplace harassment must be shown to be “in a course of vexatious comment or conduct against a worker in a workplace that is known or ought reasonably to be known to be unwelcome.”

Block and her associates interviewed two of the three former staffer complainants, including Rob Rainer and Diana Nunes. The third, Vanessa Brustolin, declined to participate.

Rainer, the report summary states, made nine allegations of harassment against May. It was clear to investigators that the two "do not like each other," and engaged in "tense interactions." They noted that May apologized for one of those interactions, while the other "appears to have been a well-founded criticism of an individual’s job performance."

Nunes, the summary added, did not have "specific allegations" of harassment against May, but in interviews, expressed concern about the party leader's treatment of other employees, and with party administration in general. Even if accepted as entirely accurate, it stated, "none of them constitute workplace harassment" and both issues fell outside the investigation's mandate.

Brustolin, the former Green Party staffer who declined to participate in the investigation, released her own statement responding to its results on Thursday. She called for change in Ontario Health and Safety legislation, as private investigations, "which are designed to protect employers," must not continue.

"I did not participate in this investigation, precisely because I knew this would be the result," Brustolin explained in the press release. "The Green Party of Canada would never have commissioned a report, which would have been unfavourable to Elizabeth May."

Because she declined to be interviewed by investigators, the report summary explained, the merit of her allegations were evaluated based on "relevant documents," including an email from Brustolin and interviews with others. Brustolin worked for the Green Party for three months, and the report stated that her interactions with May during that time "were minimal."

Brustolin cited two incidents of harassment from May, it explained, only one of which May remembered — quite differently from Brustolin.

"We considered both incidents carefully. In our view, neither constitutes 'a course of vexatious comment or conduct against a worker in a workplace that is known or ought reasonably to be known to be unwelcome,'" it states.

Reached by National Observer on Thursday afternoon, Brustolin questioned the integrity of the investigation.

"They hired a private law firm, the law firm was chosen and vetted by Elizabeth May. The scope was discussed between Elizabeth May and the lawyer," she said.

"If you really were conducting a robust investigation, would you not… interview other current employees and other executives at the Green Party? Seemingly, (investigators) were not allowed the scope and the resources to interview the other complainants. How can that truly be considered an independent and robust investigation?"

Other complainants not included?

In January, The Hill Times reported that seven former Green Party staffers were calling for May's resignation over allegedly verbally abusive behaviour, and having "too much control over the party." Ten former and current party employees interviewed by the publication said May had not been held accountabled for alleged verbal abuse.

"There were no further complaints brought forward to the Green Party during the time of the investigation, so that's not true actually...," she said. "If you're talking about mandate, it wasn't that only those three people could complain about workplace harassment, it was that people brought mandate questions further, that included governance issues and financial arrangements.

"If you read the report it's very clear, that's what (the investigator) means by mandate."

May said her interactions with the staffers included in the report did not cross legal lines, as evidenced by its conclusion, and did not cross "personal lines" either. She said there was a "tense relationship" with Rainer that included difficulty working with one another, but it "wasn't particularly personal to me."

"I hope it’s behind us now," May added. "You never know. Generally when people make accusations that tends to get more attention than being vindicated later but I’m very glad the investigation is complete, and the investigator did a very thorough job."

Heeding the advice of the investigators, the Green Party of Canada said it will not publish the full investigation as it "contains personal information about identifiable individuals not party to the complaints."

The investigation has now been closed.

— Editor's Note: This article was updated at 2:10 p.m. Eastern Time on Thurs. May 10, 2018, to include comments from Vanessa Brustolin and Elizabeth May.

Accurate headline? She was

Accurate headline? She was cleared of statutory harassment but the report confirmed bullying behaviors. Who yells at subordinates in 2018? Sadly, I'm sure that lots of people get away with it.