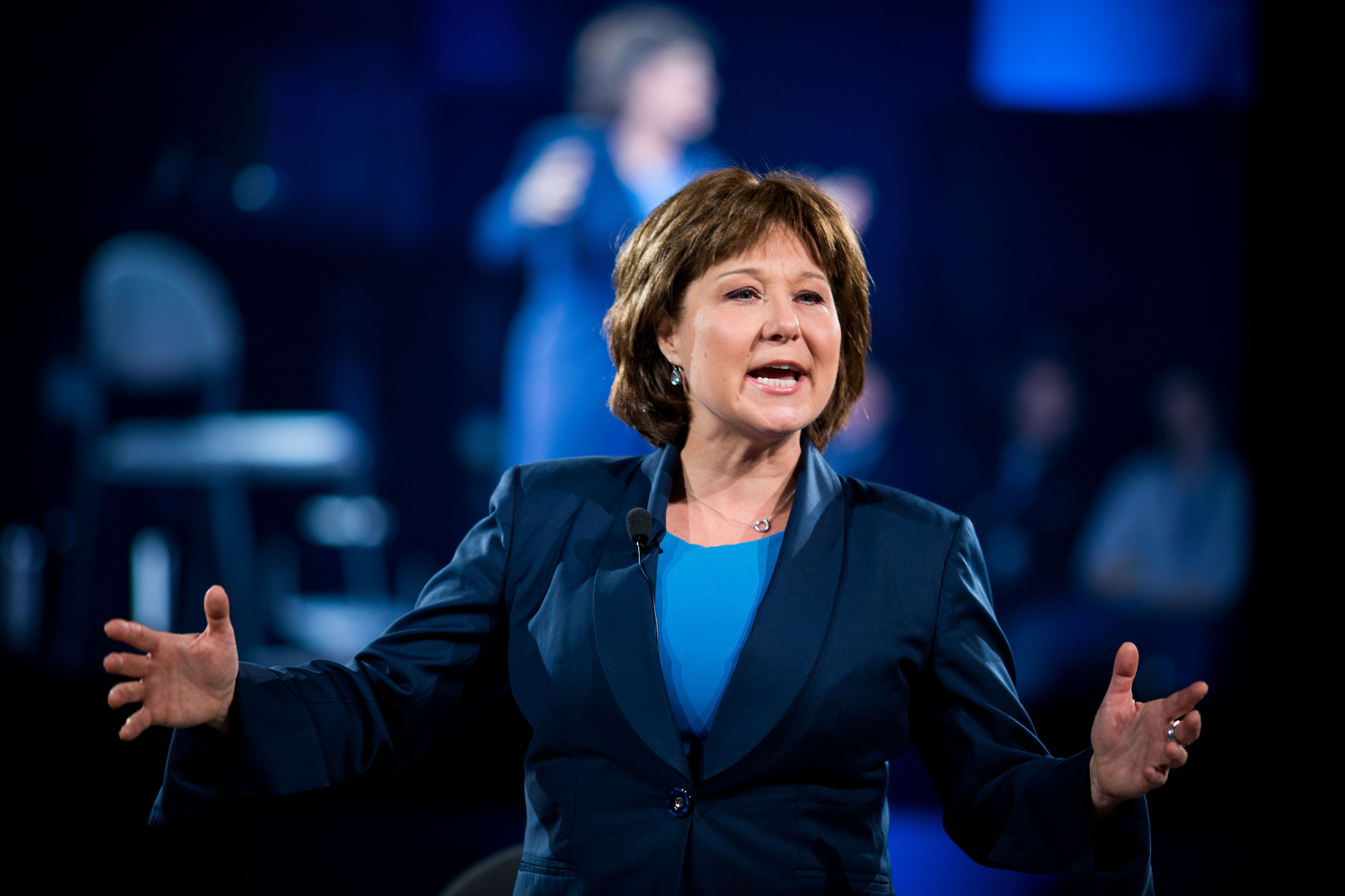 If built, the Kinder Morgan project would multiply oil tanker traffic by seven times in the Burrard Inlet near Metro Vancouver, and off the Pacific Ocean coast.

But the project has been mired in uncertainty in recent weeks due to opposition in B.C., including efforts led by the new NDP government of Premier John Horgan to restrict the transportation of bitumen, the tar-like heavy oil from Alberta that would be shipped on the new pipeline.

Kinder Morgan has threatened to cancel the project by May 31 if it can't resolve its differences with all of the stakeholders involved. But both the Alberta and federal government have been negotiating a financial deal to bail out the oilpatch project with taxpayer money.

Many of the points raised in the newly-released briefing notes, including concerns about spill prevention and response times, remain a priority of the Horgan government, as well as many First Nations and other opponents along the pipeline route and the coast.

Federal ministers have said in recent weeks that they have introduced policies to close gaps and ensure the oil expansion project will be safe. The office of Environment and Climate Change Minister Catherine McKenna, for example, has noted that there is "significant" research by federal experts in this area.

"There are no gaps in the science that hinder our confidence in the decision we have made regarding the safety of this project," McKenna's spokeswoman Caroline Thériault said in an email to National Observer.

But the newly-released briefing notes, prepared for a private meeting between Transport Canada Deputy Minister Michael Keenan and Kinder Morgan Canada's president, Ian Anderson, raise fresh questions about the scope and details of the concerns raised in 2016 by Clark's Liberal government. They also show there may have been lobbying blowback from the company to get the project approved, without delay.

The records additionally suggest that the Trudeau government, Kinder Morgan and the Clark government may have had some difficulty communicating with each other about the project.

"Transport Canada (TC) is not aware whether the Province has shared its list of 11 marine safety gaps and/or consulted Kinder Morgan on this list," said a scenario note prepared for Keenan, prior to his meeting with Anderson in Ottawa on the morning of May 4, 2016. "However, we do know that Kinder Morgan has met with the Government of BC on this issue and is very concerned with ensuring the provincial and federal governments come to an agreement as soon as possible on what will be required to satisfy BC's conditions."

Keenan, who had just started his new job as deputy minister at the Transport Department after serving as an associate deputy minister at Natural Resources Canada, agreed to the meeting after being lobbied by a consultant working in Ottawa for FleishmanHillard, a global lobbying and crisis management firm.

"As the new Deputy Minister for Transport, we feel it is important that Mr. Keenan be briefed on the current status of the project," the consultant wrote in an April 6, 2016 email.

(The lobbying firm declined an interview request and told National Observer in a statement that it follows federal lobbying rules, including making disclosures when required to do so, but that it doesn't discuss the affairs of its clients or its relationship with those clients.)

The federal department's briefing notes also said that "most of the points" identified by B.C. could be part of a comprehensive national strategy to improve marine safety, with one exception.

However, the details of this exception were censored by the federal Transport Department, prior to releasing the briefing note through access to information legislation.

Canada's Access to Information Act requires the government to release federal records within 30 days upon request to any Canadian who pays the $5 fee, unless it has a valid reason to refuse.

The department also suggested that Keenan ask Kinder Morgan's Anderson about what role the company expected to play, noting that many of the gaps related to tugs, crew and pilot training, response planning and response capacity, "are normally handled through commercial arrangements."

"We have had initial discussions with the Government of British Columbia on their conditions," Keenan was advised to tell Anderson during the meeting. "Many of the items identified by the Province reflect discussions that have taken place with provincial officials and stakeholders, and provide valuable input into our thinking on how we can advance the Minister's (Marc Garneau) mandate letter commitment to improve marine safety. We will want to consider, of course, how the points raised by the BC Government would fit into the marine safety system nationally and seek the view of other provinces."

Keenan's meeting with the head of Kinder Morgan Canada came a few months after public servants from Environment and Climate Change Canada had themselves identified significant gaps and uncertainties surrounding the response to spills, recommending that the company be required to pay for the cost of filling those gaps and the research needed to ensure that officials would know how to clean up bitumen spills.

The newly-released briefing notes also show that public servants at Transport Canada appeared to share the view that the company needed to cover the cost of filling safety gaps.

"This meeting is an opportunity to gain information on Kinder Morgan's views on the Province's list of marine safety gaps and how they see their role in filling these gaps," Keenan was advised by officials in his department prior to the meeting. "In a meeting with the former Deputy Minister, Kinder Morgan noted they expect to play a role in ensuring BC's condition for salvage tugs in southern BC is met. It would be useful to explore further with Kinder Morgan their views on government vs. industry responsibility (including funding) for tugs, in particular, and for the marine safety system, more generally."

The deputy minister was also urged to get Kinder Morgan's position on allowing Indigenous groups and coastal communities to play a "more meaningful role" in marine emergency preparations and response.

Several months later, in November 2016, the Trudeau government introduced a comprehensive $1.5 billion strategy, funded by taxpayers, with policies and spending to protect Canada's oceans over five years. At the time, the government said the plan would address concerns about spill response along the coasts. Former premier Clark also said at that time that she believed the federal announcement would address the 11 gaps and that she was looking forward to "finalizing the details."

Two years later, independent scientists have said that many gaps remain, as does the Transport Department which reiterated the position in a statement posted online on April 26, 2018, that made reference to four major reports from independent panels of scientists in North America, including one from the Royal Society of Canada 2015 and another from the US National Academy of Sciences in 2016.

But the exact nature of the 11 gaps identified by B.C. in 2016 was not immediately clear. Transport Canada said on Wednesday that it was working on providing a response to questions from National Observer, while public servants working for the Horgan government also declined to provide details of the advice they had given the previous government.

However, in a statement, the provincial Ministry of Environment and Climate Change Strategy told National Observer that existing federal policies fail to address a number of issues raised by the current B.C. government, including the absence of conclusive scientific research about the behaviour of bitumen in water, implementing adequate local response plans on both land and water, as well as concerns about the quality of the proposed pipeline.

"One of the most pressing concerns is that the science surrounding diluted bitumen, and its ability to be adequately cleaned up, remains uncertain," the ministry told National Observer. "Until the ministry is confident we can say with certainty that this can be addressed, B.C. cannot be reassured that our interests are being protected.

"The main knowledge gap identified in these reports was the lack of data on the fate, behaviour and environmental effects of the full range of oil types, including diluted bitumen, in the full range of environmental conditions encountered across Canada, and in the Arctic," said the April 26, 2018 statement, posted in response to efforts by the new B.C. government to restrict transportation of bitumen in the province. "In particular, there is the need for this information to optimize spill response plans for a given region and its environmental conditions. Finally, for diluted bitumen, the need was identified to determine the extent to which oil weathering could affect spill response technologies and strategies."

Overall, the government said that it had a team of 50 scientists, technologists, chemists and engineers in four major programs who are studying oil spill behaviour and recovery technologies. This includes:

The BC Liberals were not immediately able to provide a comment on Thursday.

The fact that this pipeline

The fact that this pipeline terminates in the middle of BC's most urbanized area is unconscionable....https://canadianviews-ymo.ca/dams-and-pipelines-reveal-governments-dupli...

It is unconscionable and

It is unconscionable and particularly since it has been kept such a secret.

I went to a recent TC

I went to a recent TC conference in Vancouver on the Oceans Protection Plan (OPP). Their (TC, ECCC, CCG, NRCAN) proposals for handling a spill of oil or diluted bitumen were less than comforting. These included:
- setting fire to it;
- bombing it with dispersants (to sink it out of sight, though these chemicals are mostly toxic to marine life);
- weather conditions and evaporation of the diluents permitting, sending out the skim boats to scoop it up - though this has proven to be only 10-20% effective under the best of conditions;
TC officials couldn't tell us how much of the $1.5B was to be spent on the West Coast, and on what. Nor what the spill response standards (eg. response timing, available resources, cleanup effectiveness) would be, nor what tugs would be available to rescue vessels that lose power (as several did recently) along the Georgia Strait, Inside Passage and Northern BC coast.
I was not alone in being underwhelmed by this. Dates, deliverables and resource, responsibilities and testing requirements are normal components of a developed plan. The OPP I saw had none of these.