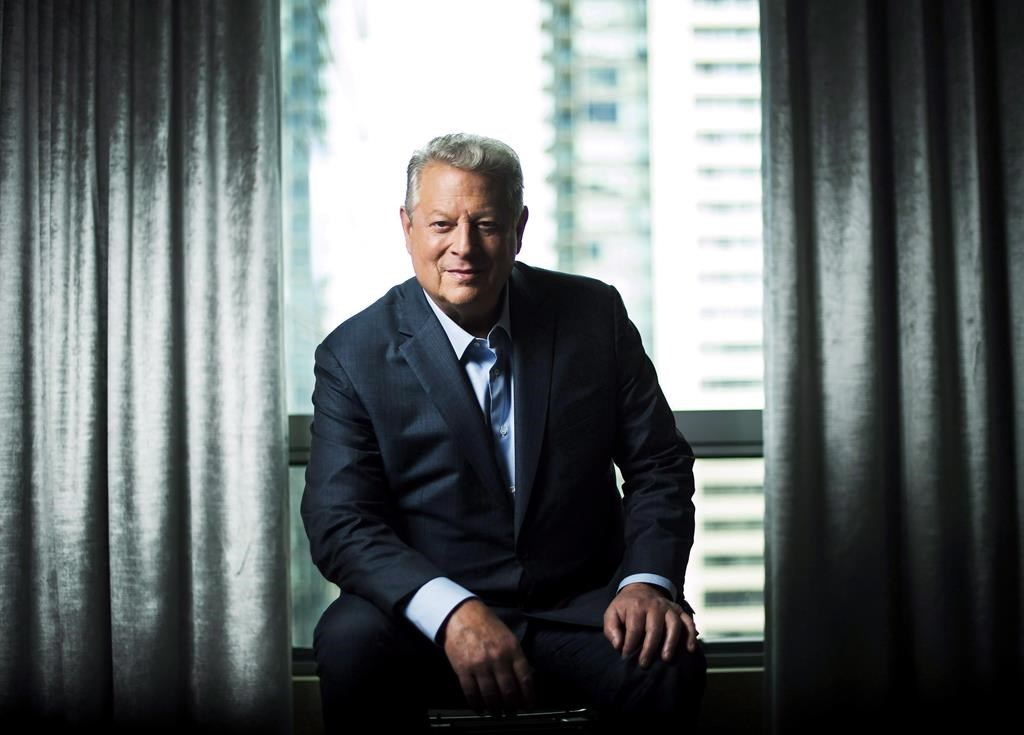 Former U.S. vice-president Al Gore said in a Tweet posted on May 10 that the Trans Mountain expansion project would be a step backward in the efforts to fight the climate change crisis. File photo by The Canadian Press
Previous story
Next story

The environmentalist posted a tweet Thursday saying the pipeline carrying "dirty tar sands oil" would be a step backward in efforts to solve the climate crisis.

Tar sands is considered a derogatory term by some for the oilsands in Alberta.

Gore says he stands with B.C. Premier John Horgan, Vancouver Mayor Gregor Robertson and all of the other Canadians, including First Nations, who are fighting to stop the pipeline owned by Kinder Morgan.

The Kinder Morgan pipeline carrying dirty tar sands oil would be a step backward in our efforts to solve the climate crisis. I stand with @jjhorgan, @MayorGregor, and all of the Canadians - including the First Nations - who are fighting to stop this destructive pipeline. #StopKM

The pipeline expansion would triple the flow of heavy oil products from Edmonton to Burnaby, B.C.

Alberta Premier Rachel Notley said Thursday she's confident talks aimed at getting construction of the pipeline expansion back on track will be successful before a May 31 deadline.

Notley says she can't divulge details of talks with Kinder Morgan, but they are focused on the financial viability of the $7.4-billion project and on getting construction restarted this summer.

Last month, Kinder Morgan stopped all non-essential spending on the project and said it wants assurances by the end of this month that the expansion can proceed.

This is our Othello moment.

This is our Othello moment. Will we choose the life we love or the lies that rob us of a healthy planet.

Notely is totally out to

Notely is totally out to lunch on this. She does not run Alberta. The Oil Deep state does and she is the puppet being played at a complete loss of any political integrity.... https://canadianviews-ymo.ca/dams-and-pipelines-reveal-governments-dupli...