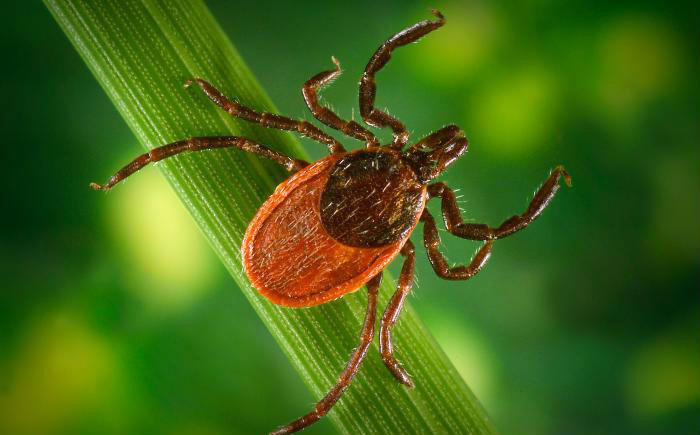 According to an African proverb (and the Dalai Lama), “If you think you’re too small to make a difference, try sleeping in a closed room with a mosquito.” The saying implies that even when we feel insignificant and powerless, we can create a buzz. But mosquitoes and other tiny critters can literally have a huge impact.

An insect no bigger than a grain of rice, fortified by climate change, has devastated forests in British Columbia and beyond. Warmer winters have allowed the mountain pine beetle to move further north and survive and thrive in places where cold temperatures once halted their spread.

If swaths of red, dying forests weren’t enough to get us to take global warming seriously, other tiny critters might get our attention. Researchers have found that ticks, fleas and mosquitoes are moving into new territories, in part because of climate change.

That’s led to an uptick in diseases, according to a report by the U.S. Centers for Disease Control and Prevention. It found vector-borne diseases spread by parasitic insects and arachnids more than tripled in the U.S. over 12 years — from 27,388 cases in 2004 to 96,075 in 2016.

Although the report only looked at disease increases, experts say climate change is a factor. University of Toronto epidemiologist David Fisman told E&E News (republished in Scientific American) that black-legged ticks carrying Lyme disease — which can impair motor function and cause memory loss, even death — are showing up in parts of Canada where they haven’t been seen before.

In the past, “They just didn’t have the ability to establish local tick populations because it simply was too cold for them to complete their life cycles,” Fisman said.

A disease-carrying mosquito, Aedes aegypti, is also expanding throughout the continental U.S., and is now common in 38 states. Yet another arthropod, the lone star tick, causes a severe lifelong immune response to meat, called “alpha-gal allergy.” When a tick bites, it spreads the alpha-gal sugar molecule through its saliva into the human’s blood. As a Grist article explains, “Then, the molecule essentially rewires the body’s immune system, prompting it to produce an overload of alpha-gal antibodies.” The life-threatening reaction hits infected people several hours after they eat meat.

Because parasitic insects and arachnids have spread not just north, and because disease increases don’t always correlate exactly with increased populations, researchers say other factors besides climate change could be at play. But, as an article in The Lancet says, “Under current predictions of climate change, mosquitoes such as Aedes aegypti and Aedes albopictus are expected to increase in both distribution and ability to transmit diseases such as dengue, Zika, and yellow fever.”

The Lancet article also says increasing cases of dengue and spread and intensity of cholera have been “directly linked to climate change.” Researchers at the University of Colorado Anschutz found warmer temperatures and increased rainfall provide ideal conditions for mosquitoes to breed and can also “accelerate viral replication in mosquitoes.”

Insects aren’t the only concern related to climate and disease. “Rising global temperatures, disruption of seasons, and landscape changes can cause drought and famine, as well as natural disasters and rising sea levels,” the article says. “The effects, and the attendant population displacement, have huge implications for infectious diseases.” It points to factors that exacerbate disease spread and severity, including mass migration, overcrowded housing, unsanitary conditions, flooding, drought and undernutrition — all worsened by a warming planet.

The most vulnerable are also at the most risk. A recent study by researchers at Memorial University published in Pediatrics found children bear 88 per cent of the burden of climate-related disease, which “threatens to reverse the gains in global child health and the reductions in global child mortality made over the past 25 years.” It points to insect-related diseases such as malaria and Zika, waterborne illnesses that cause diarrhea, nutritional deficiencies, and effects of heat, drought and air pollution.

A mosquito whining while you’re trying to sleep is annoying. You might want to swat it, repel it or deal with it in some other way. Parasite and disease proliferation that comes with accelerating global warming is a much bigger, collective problem that we must work together to resolve.