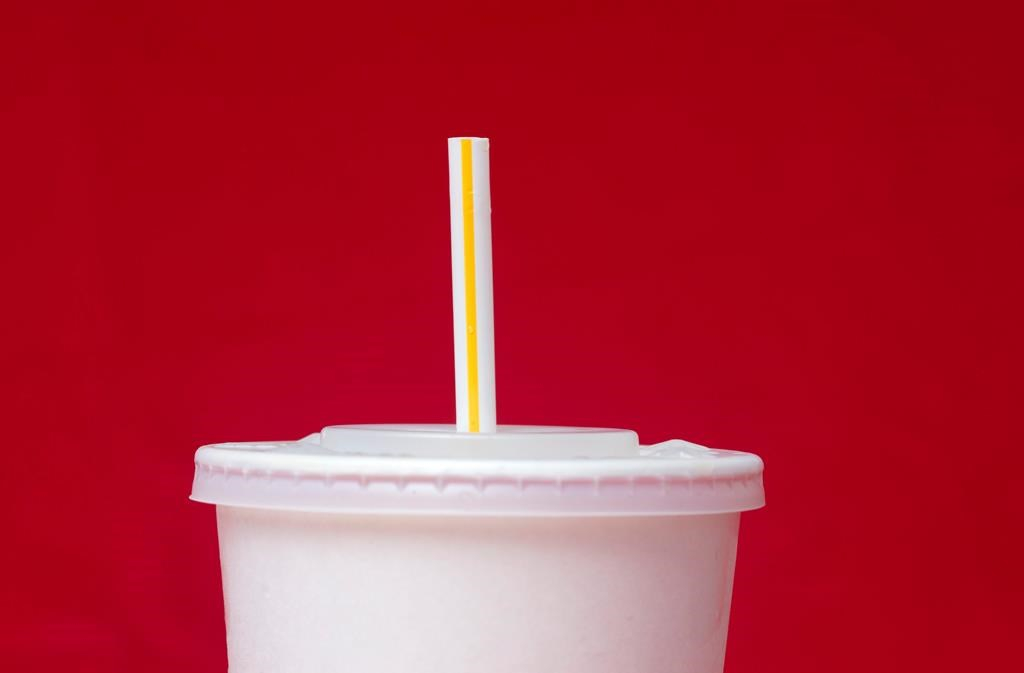 This May 24, 2018, file photo shows a large soft drink with a plastic straw in Surfside, Fla. Photo by The Associated Press/Wilfredo Lee
Previous story
Next story

The European Union has proposed banning plastic products like cotton buds, straws, stirs and balloon sticks when alternatives are easily available in an attempt to reduce litter spoiling beaches and ocean beds.

The European Commission said its proposal would seek to cut marine litter in half for the ten most prominent items and avoid environmental damage estimated at over $250 billion over the next dozen years.

EU Vice-President Frans Timmermans said that utensils would not be banned completely, but steps would be taken to have them made out of sustainable materials when possible.

"You can still organize a picnic, drink a cocktail and clean your ears just like before," Timmermans said.

He also made new proposals to ensure that it is the polluter that pays.

The proposal will be assessed by the EU parliament and member states but Timmermans hopes to see results before May 2019.

And unlike so many EU proposals that are immediately criticized by consumer and environmental groups as too little too late, the reaction was largely positive on Monday.

"The only way to stop plastics pouring into our oceans is to turn off the flow at its source: production," said Lasse Gustavsson, the European executive director of the environmental group Oceana, lauding the initiative.

European Green Party lawmaker Monica Frassoni also welcomed the plan, adding that "the scale of the problem means that we cannot rely on individual European countries to take action and must instead find a Europe-wide response."

The European Parliament has said that plastics production is now 20 times higher than in 1960s. The EU has also been spurred into action by China's decision to no longer import part of the bloc's waste.