In India, a trio of unlikely heroes wages war on plastic 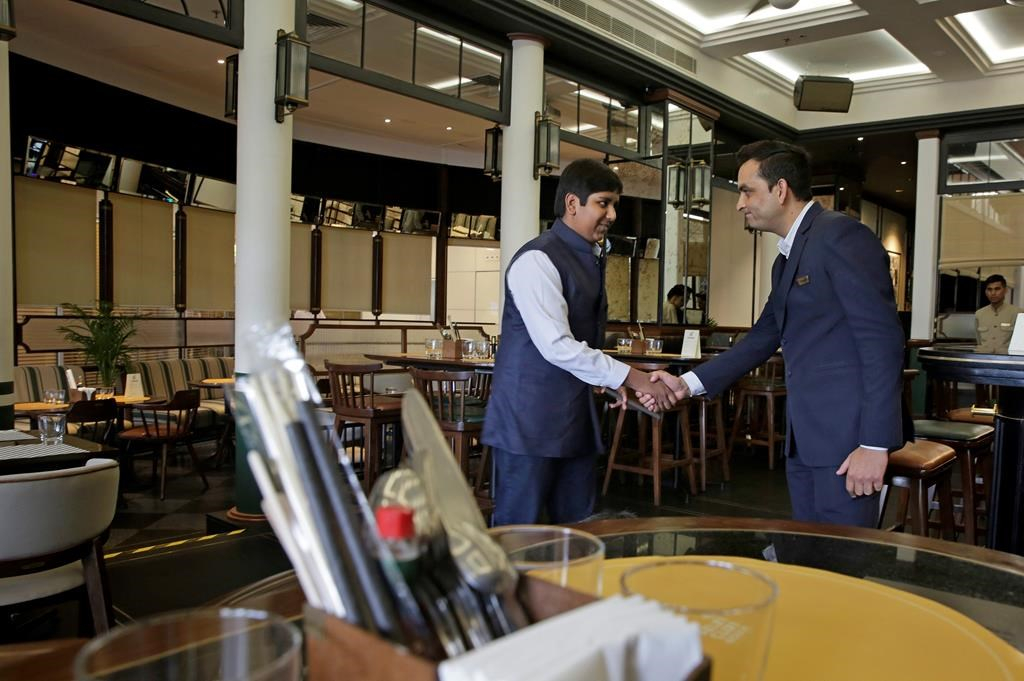 For more than 25 years, Ram Nath has lived on the banks of the Yamuna River under a 19th-century iron bridge. Each morning, the wiry man walks a few steps from his makeshift hut and enters the black, sludgy waters of one of India's most polluted rivers. He is fishing for trash.

"This is the only work we have," said the 40-year-old, sorting through a pile of plastic bottles, bags, and cast-off electronics.

Hundreds of garbage collectors live on the Yamuna's banks in New Delhi, making $2 to $4 per day recycling plastic waste collected from the river. While Nath doesn't think of himself as an environmentalist, he is one of a handful of New Delhi residents waging war against the tsunami of plastic threatening to swamp India. They include a 9th-grade student who convinces posh restaurants to give up plastic straws and a businessman whose company makes plates and bowls from palm leaves.

India, which hosts U.N. World Environment Day on June 5, can use all the help it can get. This year's theme is "Beat Plastic Pollution."

With more than 15 million people, New Delhi and its surrounding cities produce an estimated 17,000 tons of trash daily, according to Indian officials and environmentalists. That requires immense dumps, hills of stinking trash that measure up to 50 metres tall. Last year, two people were killed when a large part of one of the city's dumps crashed down onto them.

"All these products which we use because of convenience take many hundreds of years" to even partially decompose, said Chitra Mukherjee, an environmental expert and head of operations at Chintan.

"It is a collaborative effort between not only bureaucrats, but researchers, environmentalists who have been brought on board to make some progressive policies," she said.

But policy and impact can mean different things. Like the repeated bans in New Delhi on using thin plastic bags. The latest regulation came with a hefty $75 fine. Yet a trip to nearly any shop in New Delhi makes clear how widely the ban is flouted.

Amardeep Bardhan believes he can make a difference.

His company, Prakritii, makes plates and bowls from the leaves of south India's areca palm trees. The plateware, which has the feel of thick paper plates, biodegrades in seven to ten days, he said. The company doesn't harvest any palm trees, but waits for leaves to fall to the ground.

"In this entire process, we are not harming the environment," said Bardhan. "We are generating something from the waste, people are loving it, and then it goes back as a waste."

While Prakritii initially made most of its income from exports to Europe and the U.S., Bardhan said the market for eco-friendly products is growing in India, especially among younger people who value quality over price. His company generates more than $150,000 in revenue each year.

In places, the trend is growing.

Some fancy restaurants in and around New Delhi are doing away with plastic straws and replacing them with paper straws. That's largely because of Aditya Mukarji, a student who launched his campaign after seeing a video of two veterinarians trying to remove a plastic straw from a turtle's nose.

"People listen more to children bringing up environmental concerns," said Mukarji, who has helped replace more than 500,000 plastic straws at restaurants and hotels since he started his campaign in March.

If nothing else, India hosting the World Environment Day has made environmental protection a hot topic — at least briefly — in a country where trash is everywhere. Tuesday will see numerous official environmental gatherings across India, clean up campaigns along the Yamuna and mall food courts agreeing to forgo plastic plateware for one day.

The hope is that everything doesn't go back to normal on Wednesday.