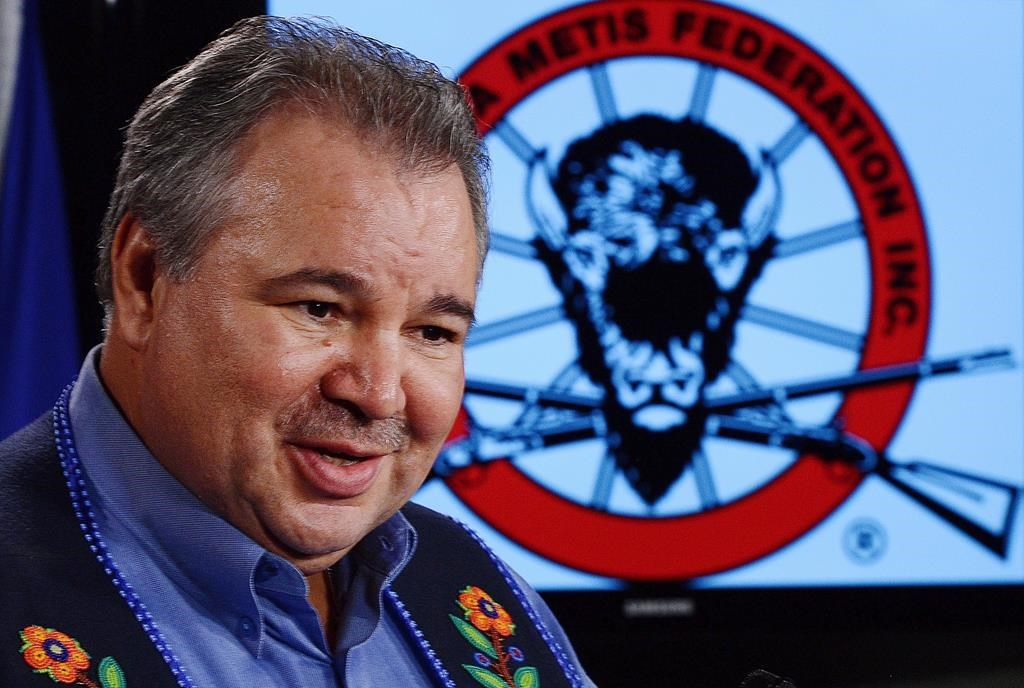 David Chartrand, president of the Manitoba Metis Federation, takes part in a press conference on Parliament Hill in Ottawa on Friday, March 8, 2013. File photo by The Canadian Press/Sean Kilpatrick
Previous story
Next story

The Manitoba Metis Federation has filed legal action against the provincial government over hydroelectric development.

The federation is applying for a judicial review of the government's decision to quash an agreement reached last year between the Metis and Manitoba Hydro.

The deal would have seen the federation get $67 million in exchange for supporting new Hydro projects, including a transmission line to Minnesota.

Manitoba Hydro went to the government for approval, and Premier Brian Pallister denied it, saying the deal amounted to hush money to a special interest group.

The agreement was not signed, but the federation says it was legally binding anyway and the government does not have the right to cancel it.

An initial court hearing has been scheduled for June 25.